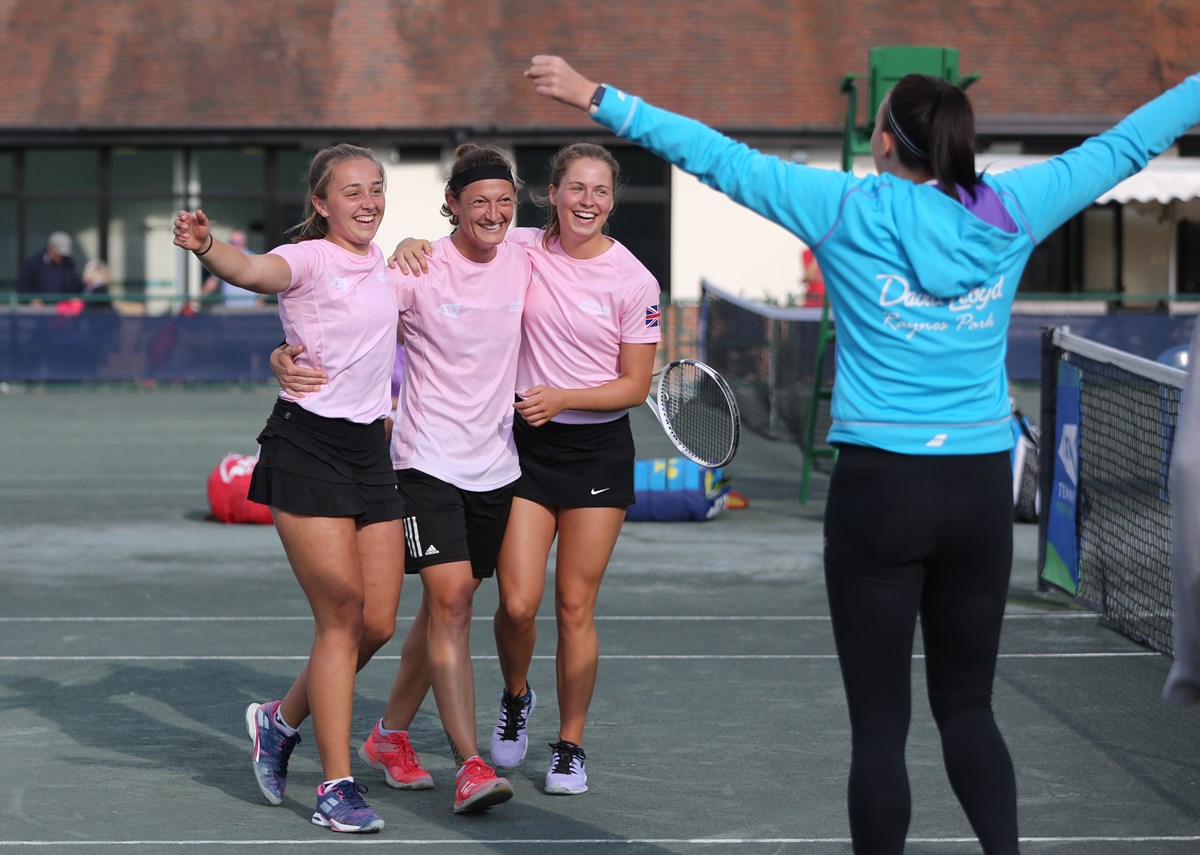 The National League is a team competition, giving over 25,000 players across Great Britain an opportunity to compete in regular matches in summer and winter leagues.

If you’re an adult player who wants to compete at either a county, regional or national level then our National League could be just for you.

Each tier works in a promotion and relegation structure with new teams entering at county level and working their way up to the national tennis competition.

In the National Tier teams compete for the chance to reach the National League Finals, with prize money on offer for the top teams.

Anyone can enter a team and play in the Open and Seniors league competitions if they are part of an LTA registered venue.

The Open league men’s and women’s competitions take place in county, regional and national tiers, with teams of four players competing in a singles and doubles format.  There are mens, womens and mixed Open events.

The Seniors events is a knock out competition regionalised in the early rounds. With the exception of the Over 35’s events, all matches are two pair doubles. Knock out rounds begin in April leading to a National Finals weekend held in November. The winners of the men’s and women’s events qualify for European Championships.

The Summer National Tennis League gets underway from 3 April – check out the full event fixture schedule:

If you have any further queries please contact your league organiser (details above) or email nationalleague@lta.org.uk.

Named after former Davis Cup captain, British tennis legend and founder of the National League, Paul Hutchins, this award is given to someone who has shown true commitment to the Team Tennis Competition.

In memory of Paul, each year we will rewarding either a player, team captain or league organiser who has gone above and beyond to inspire others and make the competition so enjoyable for everyone involved.

You can nominate a player, team captain or league organiser for the 2022 award via our online nomination form below.

All results from National League matches will go towards improving your ITF World Tennis Number.

You can track and follow live results and scores here.

The finals of the summer event will be streamed live. More information will be published nearer to the Finals.

Whatever your level – total beginner or experienced pro – meet new people, power up your game and compete at a park court near you with Local Tennis Leagues.