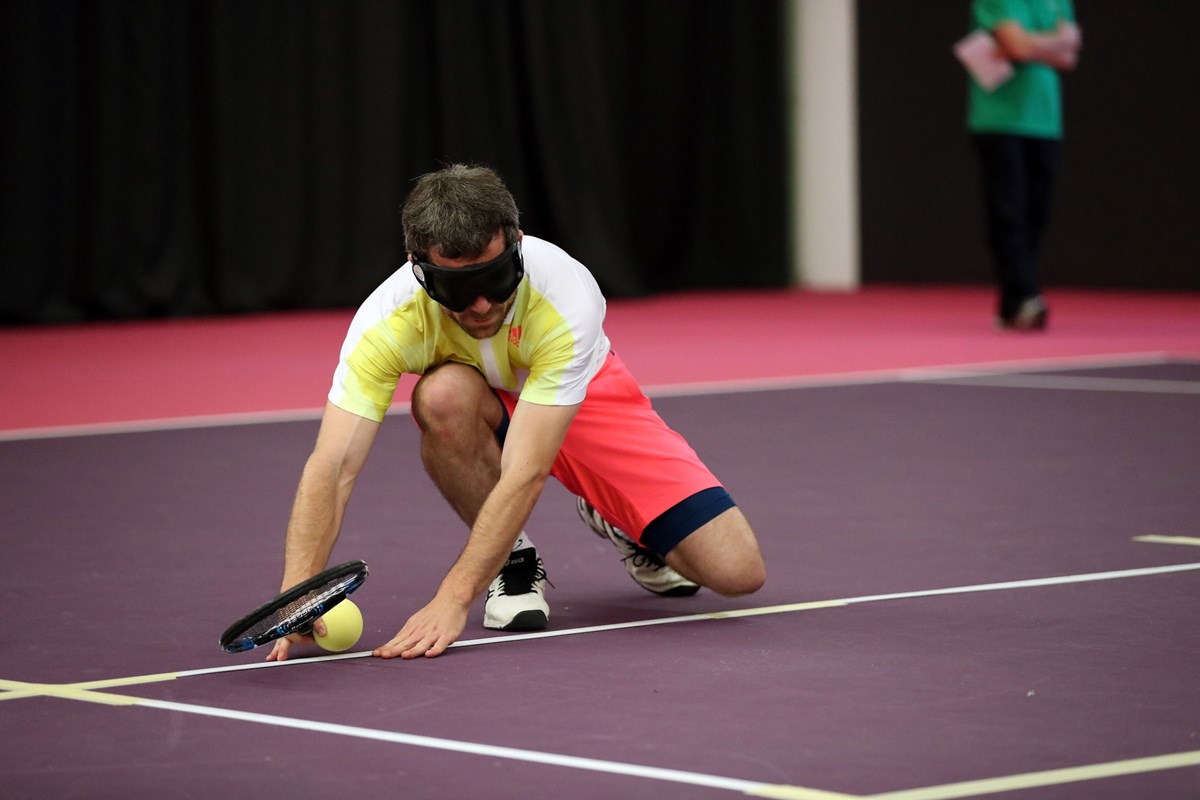 Visually Impaired tennis (also known as VI tennis, Sound tennis or Blind tennis) is one of the leading sports for blind and partially sighted people in the UK.

VI tennis was created in Japan in 1984 and has become popular across the world – it’s now played in more than 30 countries and has ambitions to become a future Paralympic sport.

This format of the game is different to traditional tennis – it's played on a smaller court with a lower net. Some courts also have tactile lines (B1 only) - so players can touch them - and players also use an audible tennis ball that makes noise so they can hear it bounce and being hit.

Who can compete in Visually Impaired tennis?

VI tennis is open to players of all ages, experience, fitness levels and abilities who have a visual impairment. There are also adaptations that allow families to play together.

In VI tennis players compete in different categories, with the B1 category having the greatest degree of sight loss. Depending on a player’s category they may have up to three bounces of the ball before they return it back to their opponent.

Want to start competing? Check out our Disability Competitions Calendar to find out how you can get involved.

You could even go on to represent Great Britain at the International Blind Tennis Championships.

Funded by Sport England and the LTA, the Open Court Programme supports more than 500 tennis venues across Britain deliver sessions for disabled people and those with long term health conditions.

So, if you’re a player or a parent or guardian or carer interested in finding out more, you can find your nearest venue here:

We support programmes for Learning Disability, Deaf and Visually Impaired tennis - find out more about our national teams and how you could get involved.