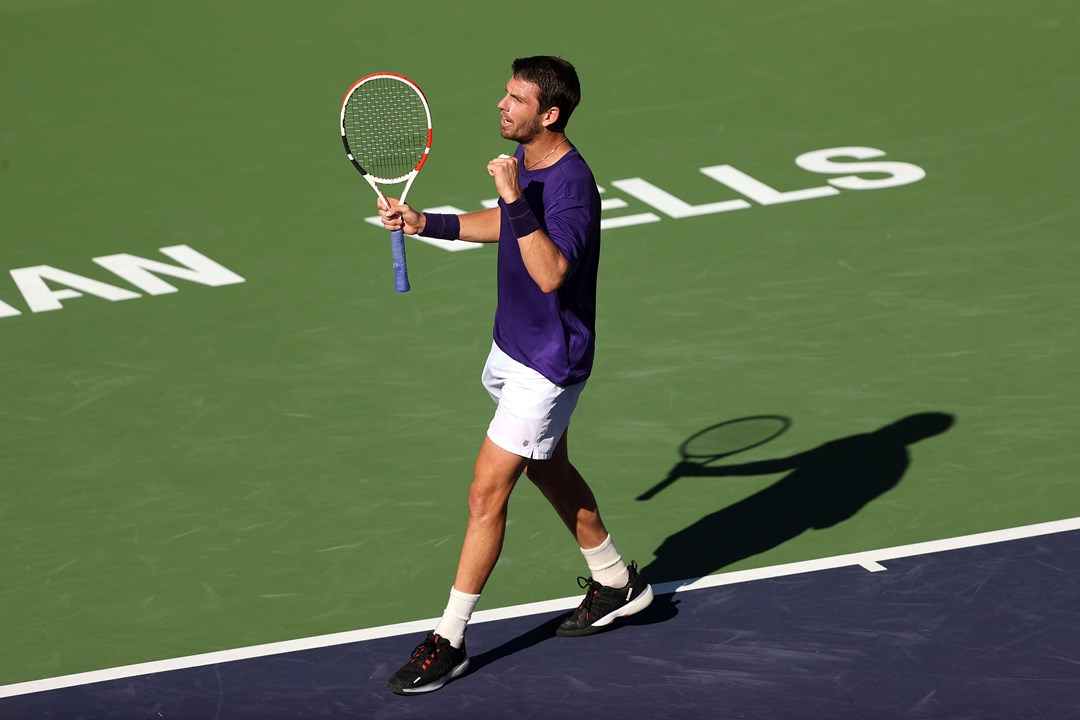 Tennis’ biggest stars are set to pack their bags and jet off to the States for what is known to many as the ‘fifth Grand Slam’ of the season - the BNP Paribas Open, Indian Wells.

Can Cam Norrie retain his title? Will Emma Raducanu’s return to the US greet her with more success? Which Brits are set to compete? Find out everything you need to know in the lead up to the tournament right here.

After taking place in October last year, the 2022 BNP Paribas Open main draw will return to its usual spot in the tennis calendar from Wednesday 9 March through to Sunday 20 March 2022.

Where is Indian Wells 2022 being held?

Home of the BNP Paribas Open since its opening back in 1974, the Indian Well Tennis Garden is located near Palm Springs, California, in the Coachella Valley.

It boasts 29 state-of-the-art hard courts, including a 16,100-capacity centre court – the second largest tennis-specific stadium in the world.

Who is the reigning Indian Wells champion?

Britain’s very own, Cam Norrie, became the first British player to be named BNP Paribas Open Champion back in 2021, after defeating Georgian Nikoloz Basilashvili, 3-6, 6-4, 6-1 in the men’s singles final.

A number of fellow Brits, including Andy Murray, Tim Henman and Greg Rusedski have also reached previous finals at Indian Wells, but only Norrie has lifted the trophy.

The WTA draw will be made on Monday 7 March, while the ATP draw is set to be announced on Tuesday 8 March.

Check out the full draws to all the Indian Wells events below:

Will British players be competing at Indian Wells 2022?

After making tennis history at the US Open last year, Emma Raducanu will return to the Southern California desert to make her mark amongst the Women’s singles challengers. The 11th seed has a bye before facing either Dayana Yastremska or Caroline Garcia.

Reigning champion Norrie will be looking to defend his title in Indian Wells after taking home the glory back in October 2021. So far in 2022, Norrie started strong by adding a third ATP title to his collection at the Delray Beach Open and reaching the final at the Mexican Open. Norrie will play either Pedro Martinez or a qualifier in the second round.

British No.2, Dan Evans started the year by pocketing big wins over Denis Shapovalov and John Isner - giving him plenty of confidence going into the ATP singles draw at the BNP Paribas Open 2022. After his first round bye, Evans will play Federico Coria or Pablo Cuevas.

Adding to the star-studded list of champions, wild card Andy Murray will make his 14 appearance in Indian Wells, with a look to better his campaign after losing out to Alexander Zverev in 2021. Murray is due to play a qualifier in the opening round.

Heather Watson, Harriet Dart and Katie Boulter have all fought their way through difficult qualifying matches to reach the main draw at this year's competition. They will play Tereza Martincova, Ana Konjuh and Jasmine Paolini respectively.

Aiming to make it four Brits in the men's and women's singles draws is Liam Broady, who will play his final qualifier against Christopher O'Connell.

In the doubles, four-time Grand Slam champions, Joe Salisbury and Rajeev Ram return to California in search of their second ATP 1000 title together.

The in-form Neal Skupski and Dutch star, Wesley Koolhof, will go in pursuit of their fourth trophy of the year, while Jamie Murray and his partner, Bruno Soares round off a strong British doubles contingent.

How to watch and live stream Indian Wells 2022?

All coverage will be available to watch exclusively on Amazon Prime Video.