Ready to back the Brits? Tickets are now on sale for the Davis Cup in Glasgow this September
LTA Home Fan Zone The Championships Alfie Hewett battles back to reach first Wimbledon singles final as Hewett, Gordon Reid and Andy Lapthorne all reach doubles finals 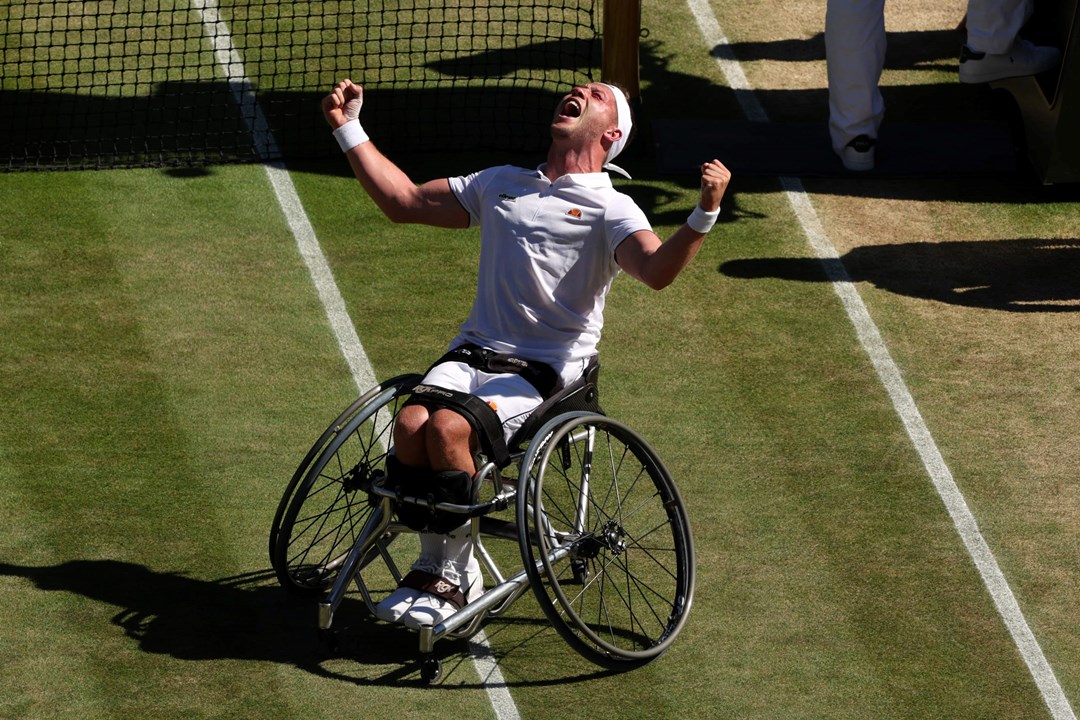 Alfie Hewett produced a comeback befitting of the first men’s wheelchair tennis match to be staged on No.1 Court as he reached his first Wimbledon singles final on Friday after a 2-6, 7-6(3), 6-4 victory over 2019 champion Gustavo Fernandez of Argentina.

On a hugely successful day for British wheelchair tennis players, Hewett ended with another victory on No.1 Court as he partnered Gordon Reid to their sixth successive Wimbledon men’s doubles final, while Andy Lapthorne booked his place in his third Wimbledon quad doubles final in a row and his second partnering American David Wagner.

Hewett battled back from a set and 5-1 down to take the second set against Fernandez on the tie-break before recovering from 4-2 in the final set and taking a ninth game that included eight deuces across 14 minutes. By comparison to the drama that preceded, Hewett wrapped up victory relatively comfortably on his first match point after three hours and three minutes and the world No.2 will now face world No.1 Shingo Kunieda of Japan in Sunday’s final.

On a day when wheelchair tennis and its increasing number of new fans were the winners, along with the players who progressed to this weekend’s finals, Hewett said: “That was incredible. I’ve never experienced anything like that before, so thank you everyone.

"It’s incredible, I’ve been buzzing for this sort of occasion. We’ve been fortunate enough to be on Court 3 and we’ve tried to push for our sport to be demonstrated in front of a bigger crowd and we showcased a pretty good level today.” 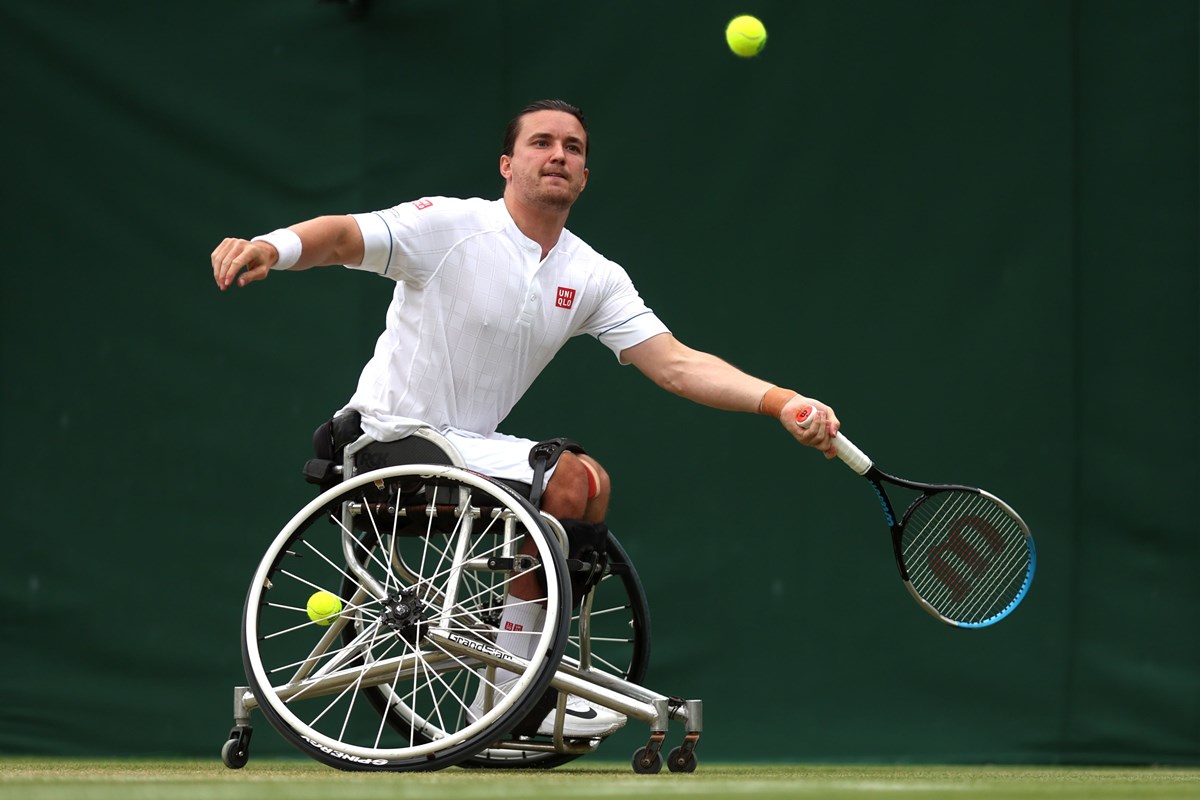 Hewett and Reid ended a memorable second day of wheelchair tennis at The Championships with a second British victory on No.1 Court, Hewett making history again as the Brits won the first wheelchair tennis match at Wimbledon to be settled in a final set 10-point match tie-break.

In a rematch of last year’s men’s doubles final, the 15-time Grand Slam doubles champions beat Tom Egberink of the Netherlands and Joachim Gerard of Belgium 6-3, 1-6, 7-6, [10-7] to earn a place in Saturday’s final against Gustavo Fernandez and Shingo Kunieda, the same two players the Brits have beaten this season in the Australian Open and French Open finals.

Eleven hours after first taking to No.1 court for his singles semi-final and after two hours and 46 minutes of the men’s doubles semi-final, a thrilled Hewett added: “I don’t know how I’m going to sleep tonight, it’s been a wild day. In terms of my singles win, I cannot really put it into words. The emotion of that match was something I have never experienced before. I have worked really hard behind the scenes to get myself into a strong position to compete here on grass.

"It’s a massive moment. In terms of exposure, you can’t really ask for much more than that. The match was entertaining and today will have brought in a lot of new fans for wheelchair tennis and I am hoping it can be a groundbreaking day. I hope it can nudge things in the right direction. We, as competitors, can only do our part and we sure as hell did a good job of it (today).” 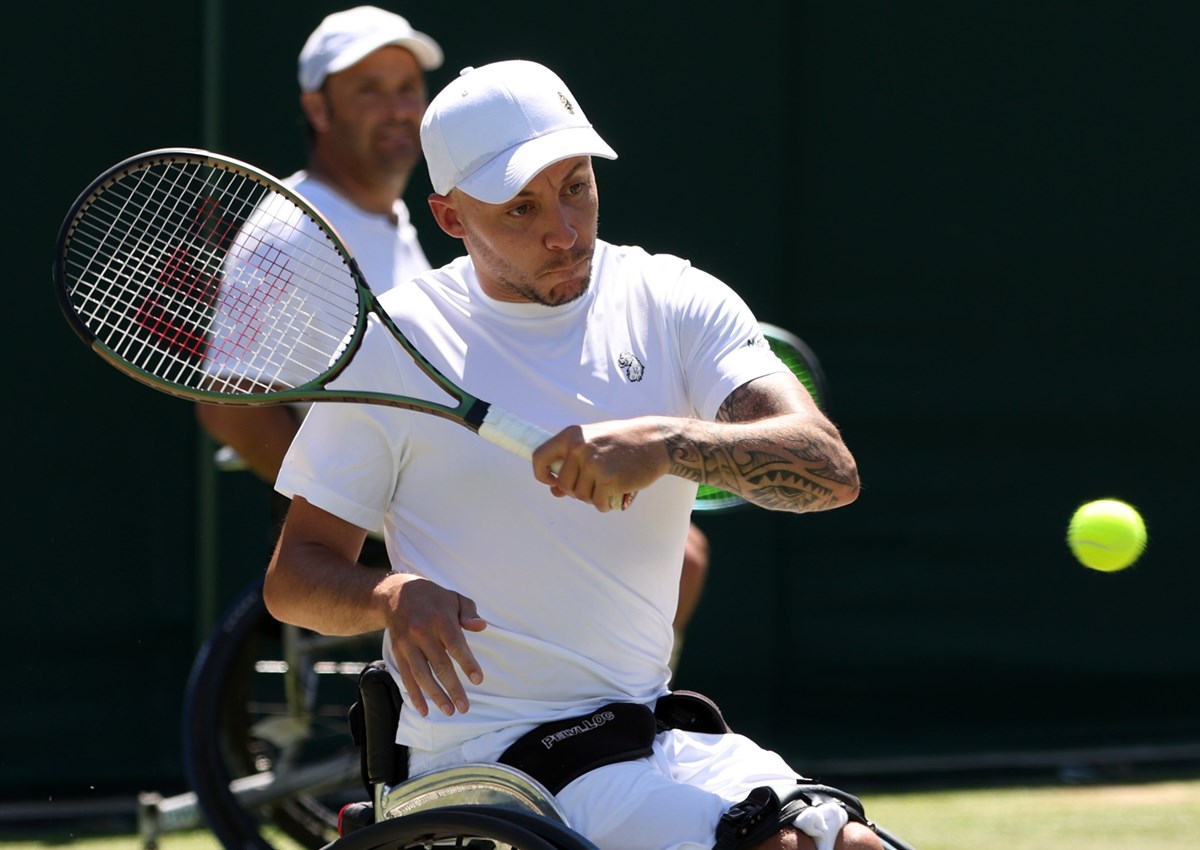 Lapthorne and Wagner edged an 11-minute first game before pulling away to take the opening set of their quad doubles semi-final against South Africa’s Donald Ramphadi and Koji Sugeno. They narrowly trailed Ramphadi and Sugeno 3-4 in the second set when Ramphadi needed a mechanical timeout and subsequently had to retire, handing Lapthorne and Wagner a passage through to their second consecutive final against Dutch top seeds Sam Schroder and Niels Vink.

Lapthorne, who won the inaugural Wimbledon quad doubles title in 2019 with now-retired Australian Dylan Alcott, said: “It was close in the second set, but I felt like we were still in control and where we needed to be. We gave them a couple of games, but always felt in control. I would like to think we would have won, anyway. Obviously it’s not a nice way to go through, but we’ll take it. It’s unfortunate for them, but fortunate for is and I’m happy to be back for another final.”

However a sixth Wimbledon women’s doubles final proved elusive for British No.1 Lucy Shuker and South Africa’s Kgothatso Montjane, last year’s runners-up. Although Shuker and Montjane came back from 3-1 down to level the opening set against Japan’s Yui Kamiji and Dana Mathewson of the USA, they were unable sustain their level and Kamiji and Mathewson advance to the title decider 6-4, 6-2. 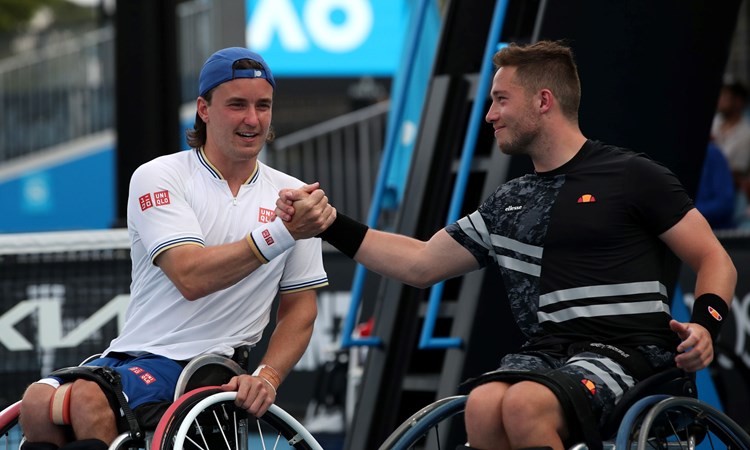