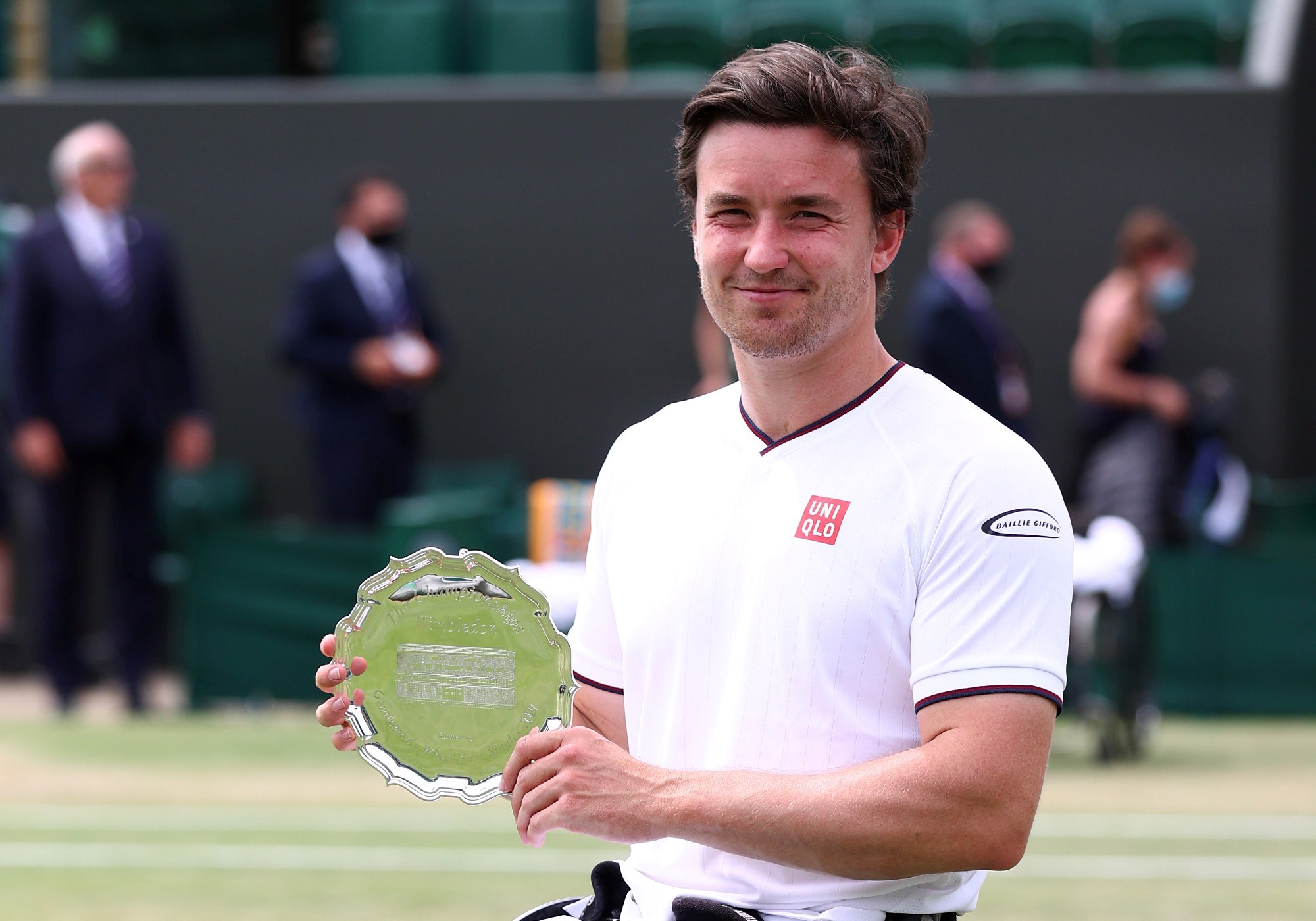 Reid made a great start to 2022, reaching the men’s singles final at the Victorian Open, the first tournament of the year.

A singles quarter-finalist at the subsequent Melbourne Open and then the Australian Open, Reid partnered Alfie Hewett to the doubles final at the Melbourne Open before they won their third Australian Open title together. After claiming their ninth Grand Slam doubles title in a row, Reid and Hewett set a new record for the most consecutive Grand Slam doubles titles won by any partnership in the open era, having previously shared the record with Martina Navratilova and Pam Shriver.

After winning their eleventh Grand Slam title together at Roland Garros, Reid and Alfie Hewett became Great Britain’s all-time most successful doubles pair. The Brits reclaimed the ABN AMRO World Tennis Tournament doubles title in March, with Reid losing to Hewett in the singles final. He then lifted both the singles and doubles titles at the inaugural Loughborough Indoor Wheelchair Tennis tournament before going on to claim the men’s wheelchair singles title at the cinch Championships. In July, Reid and Hewett joined forces again to win their seventh consecutive Grand Slam doubles title and their fourth title at Wimbledon, where he also finished runner-up in the singles.

In August, Reid added to his already impressive Paralympics medal haul - winning silver with Hewett in the doubles and then defeating his fellow Brit in the bronze medal match in the singles.

At the US Open, Hewett and Reid became the first men's wheelchair doubles team to complete the calendar Grand Slam, beating Shingo Kunieda and Gustavo Fernandez to lift the title.

Reid and Hewett finished the year by winning the UNIQLO Doubles Masters - defeating Stephane Houdet and Nicolas Peifer in the final.

Finished the season unbeaten in doubles competition with Alfie Hewett after the Brits put together a sequence of seven tournament and 16 match victories together. These included their first titles together at the Australian Open and Roland Garros and their fourth US Open title as they completed the career Grand Slam together. Also reached his second Australian Open men’s singles final since 2016 and the World Wheelchair Tennis Tournament final in Rotterdam.

Won his only singles title of 2019 at the ITF 1 French Riviera Open as well as his third successive US Open doubles title with Alfie Hewett and Super Series doubles titles in Bendigo, Australia and St. Louis in the USA.

After contracting the neurological condition transverse myelitis shortly before his 13th birthday he turned his aptitude for tennis to wheelchair tennis with immediate success. Six months after coming out of hospital and in his very first wheelchair tennis tournament in Glasgow in 2005 he won his first singles title. Shortlisted for BBC Young Sports Personality of the Year in 2006 after winning the junior singles and men’s second draw titles at the British Open Super Series. Helped Great Britain to win a first World Team Cup junior title in 2007. Two-time Junior Masters singles and three-time Junior Masters doubles champion.

Find out all the latest on how the British tennis stars are getting on at this year's Australian Open.