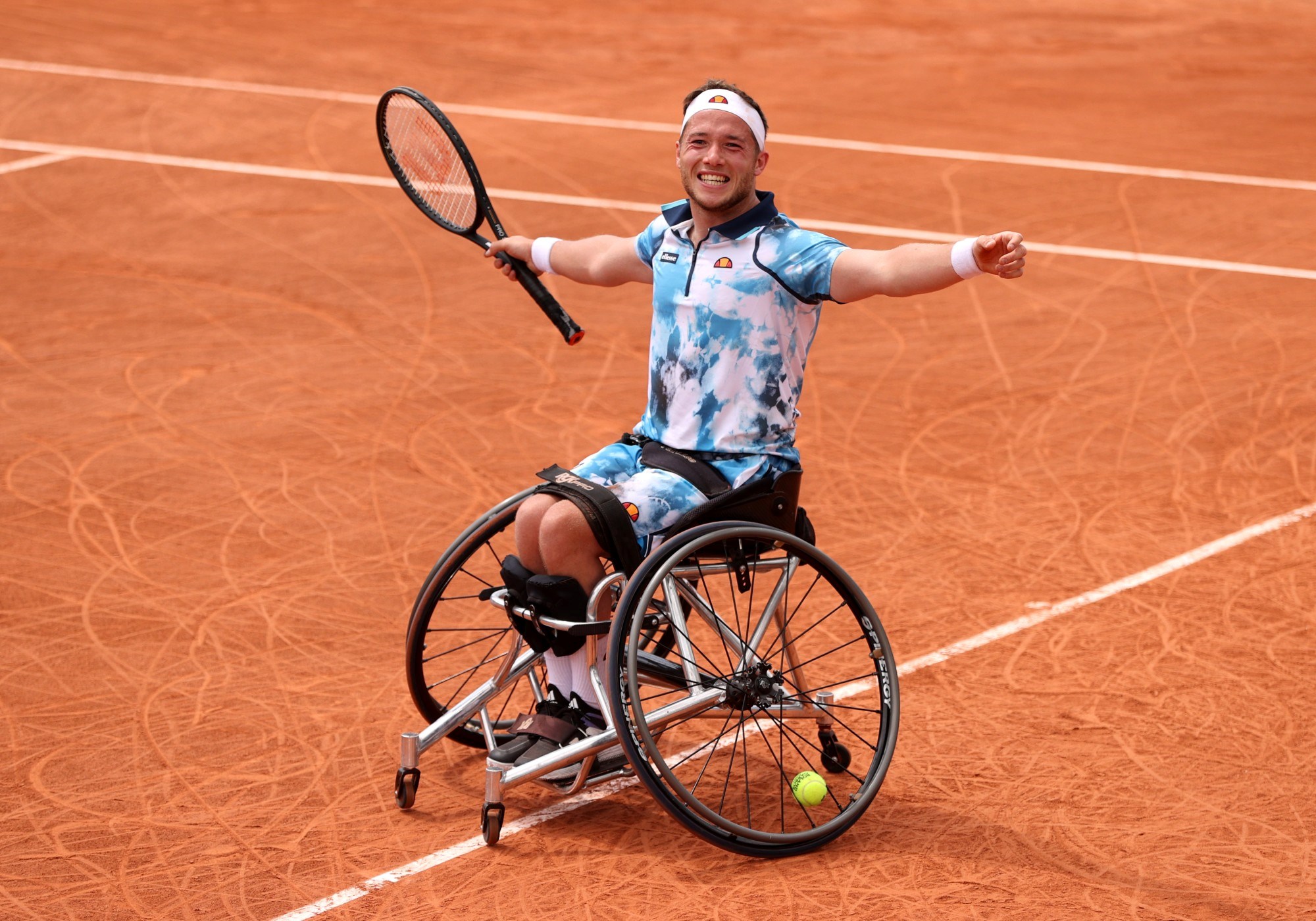 Hewett started his 2022 season at the Melbourne Open, where he won the fifth Super Series singles title of his career and reached the final of the men’s doubles with Gordon Reid.

Hewett went on to reach his second successive Australian Open singles final, finishing runner-up to world No.1 Shingo Kunieda, while also winning his third successive Australian Open doubles title with Gordon Reid. After claiming their ninth Grand Slam doubles title in a row, Hewett and Reid set a new record for the most consecutive Grand Slam doubles titles won by any partnership in the open era, having previously shared the record with Martina Navratilova and Pam Shriver.

Hewett then became the first three-time winner of the singles title at the ITF 1 ABN AMRO World Wheelchair Tennis Tournament in Rotterdam.

Hewett lifted the Cajun Classic singles title for a third time after defeating Argentina’s Gustavo Fernandez 6-2, 6-0 in the final. The win took him to world No.1 for the first time since 2018.

He then joined Dermot Bailey, Ben Bartram and Dahnon Ward to seal qualification for Great Britain in the World Team Cup in Turkey.

After reaching the final of the Victorian Wheelchair Open in January, Hewett went on to beat World No.1 Shingo Kunieda on route to finishing as runner-up in singles at the Australian Open. He and Gordon Reid became Great Britain’s joint most successful doubles pair as they claimed their tenth Grand Slam title Down Under.

At the 2020 Tokyo Paralympics, Hewett won the silver medal in the men's doubles with Reid, but lost to the fellow Brit in the bronze medal match.

At the US Open, Hewett and Reid became the first men's wheelchair doubles team to complete the calendar Grand Slam, beating Shingo Kunieda and Gustavo Fernandez to lift the title.

Claimed three singles titles, including his fourth career Grand Slam singles title at Roland Garros, where he became a two-time champion. Finished the season unbeaten in doubles competition with Gordon Reid after the Brits put together a sequence of seven tournament victories and 16 matches together. This included their first titles together at the Australian Open and Roland Garros and their fourth US Open title as they completed the career Grand Slam together.

Despite an early exit at the Australian Open, he ended January 2018 as men’s singles world No.1 for the first time after the previous world No.1 lost more points than Hewett in Australia. Won his first US Open singles title and his second US Open men’s doubles title with Gordon Reid.

Born with the congenital heart defect Tetralogy of Fallot, he underwent open heart surgery at six months old. Later diagnosed with Perthes Disease at the age of six, he started playing wheelchair tennis in 2005. Played his first tournament in 2008 and in 2012 won the first of his three singles and three doubles titles at the Junior Masters in Tarbes, France. Also in 2012, at the age of 14, he won his first international senior men’s singles title in Belgium. In 2013 he led Great Britain to victory in the World Team Cup junior event.