Humans of the Court: Alanna’s Story

Humans of the Court is a content series on Instagram from the LTA, bringing you real life stories from those who make tennis in Britain what it is.

It can be just the smallest of things, but the contribution a coach can make to someone’s enjoyment of a sport can be immense.

That was certainly the case for Alanna Dunn, and it is something she herself is now looking to do for others at her club, Kings Lawn Tennis Club in Bishopston, Bristol.

Tennis has already played a huge role in Alanna’s life – and she is still just a teenager.

It helped her adapt to life in a new country, build a new group of friends and study for her GCSEs knowing she had an outlet to channel her energy outside of revision.

“At the age of 13 I returned from Switzerland to Bristol and tennis became a big part of my life because it helped me adapt to my new life,” she said.

“I’d always loved tennis growing up and I remember watching Jo-Wilfried Tsonga prepare for Roland Garros on our club’s clay courts in Switzerland.

“When I first moved I had a lesson and the instructor tweaked my forehand. It meant I was hitting the ball properly and I remember that feeling “oh I can be good at tennis.” The feeling after I got that first lesson was “wow tennis is amazing.”

“I came to this club because my Nan plays here, so it felt like a family club.”

“She really encouraged me to push myself, she showed me it can be social and you can do it at any age, it doesn’t have to just be a school sport.

“When I was doing my GCSEs, my time was filled with studying and tennis and I don’t think I could’ve motivated myself to study at all without tennis.

“The feeling you get when you hit a really good ball and win the point, I haven't found that with anything else.”

Like many tennis clubs across the country, Kings has a strong commitment to creating a welcoming and friendly family atmosphere. Having followed her Nan in playing at the club, Alanna is doing her bit in sharing her love of the sport with her family. The oldest of three sisters, she attends a teen drop in class with her middle sister to help her get more involved in sport and she helps her youngest sister – Keira – practice her technique on red ball.

Alanna began to volunteer at the club and then help on Saturday mornings, demonstrating brilliant leadership skills matched with an ability to communicate and get on so well with peers, younger children in groups and adults.

After then being invited to attend the LTA SheRallies activity at the Fed Cup in Bath last year, Alanna set about gaining her LTA coaching qualifications.

Now 17 and a Level Two qualified coach, Alanna helps with regular sessions, assisting on court with an ability to make sessions fun for children whilst also maintaining control of a group.

Her sessions have proved to be so popular and she has been such an inspirational figure at the club with an eagerness to help others enjoy tennis, that Alanna was recently crowned Young Person of the Year for the South West region in the LTA Tennis Awards.

Launched in 2015, the LTA Tennis Awards serve to acknowledge the many thousands of individuals involved in tennis, from the 25,000 volunteers, to the 4,400 coaches and 940 officials, as well as the 20,000 schools, 2,700 clubs and more than 9,700 LTA-approved tournaments across the country.

“I was astonished to hear that I’d won the award and I had no idea that I had even been nominated,” she said. “I felt honoured, especially given all the other amazing young people I got to know locally.

Humans of the Court is part of the LTA’s Play Your Way campaign. Follow the #HumansOfTheCourt hashtag to uncover more stories. Find out how to get on court at www.lta.org.uk/playyourway or by following @the_LTA on Twitter and @theLTA1 on Facebook. 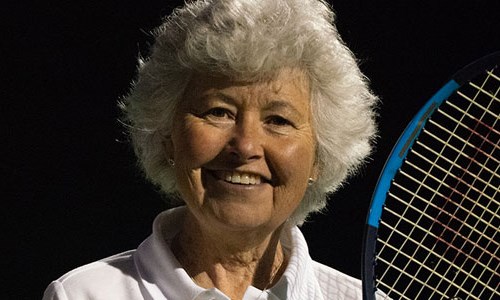 Scotland’s Western Lawn Tennis Club scooped the LTA’s Competition of the Year Award after being recognised for its work adapting to Covid-19 restrictions.