With all eyes on Australia in the lead up to the start of the Australian Open next week, back on British soil we are approaching the business end of the first LTA Performance calendar competitions of 2022.

The opening events of the updated performance calendar held at Team Bath Tennis, which have been designed to provide enhanced playing opportunities for British players, has seen a number of strong performances from the locals across both the men’s and ladies’ competitions, with unseeded players securing big wins against their higher ranked opponents.

In the ladies’ draw, unseeded Eliz Maloney has produced some outstanding tennis this week and secured her place in the semi-finals with a win over Estonian number 8 seed Elena Malygina. Freya Christie is into the semi-finals following a three set victory against number 2 seed Sarah Beth Grey. Christie had already caused an upset by defeating number 7 seed Joanna Garland in round two to win her place in the quarter-finals and battled for close to three hours against Sarah Beth Grey to win 7-6 (2) in the third set.

Felix Gill saw of German 3rd seed Tobias Simon in straight sets in his first round match in the men’s competition, followed by a hard-fought win against Buvaysar Gadamauri of Belgium to secure a place in the quarter-finals against fellow Brit Mark Whitehouse. The 19-year old defeated Whitehouse in three sets earlier today to proceed to the semi-finals.

Jan Choinski defeated number 6 seed Alastair Gray earlier today to earn a place in the semi-finals, with the Brit making the most of his opportunity in his first M25 ITF World Tour event of 2022. Earlier in the week 16-year-old Phoenix Weir beat Anton Matusevich in straight sets, with Matusevich ranked number 2 for the competition. Dan Little lost out to Charles Broom in an all British quarter-final today, but produced a brilliant performance to edge the German number 4 seed Henri Squire in the second round on Thursday. Events such as the Bath W25 and M25 are all about providing British players with the chance to develop on home soil through more meaningful playing opportunities, giving all players the widest possible number of competitive matches on the ITF World Tennis Tour. Matches from both the W25 and M25 Bath competitions can be live streamed on the ITF website, by clicking here The final of the men’s and ladies’ doubles will played on Saturday 15 January with the singles finals taking place on Sunday 16 January. 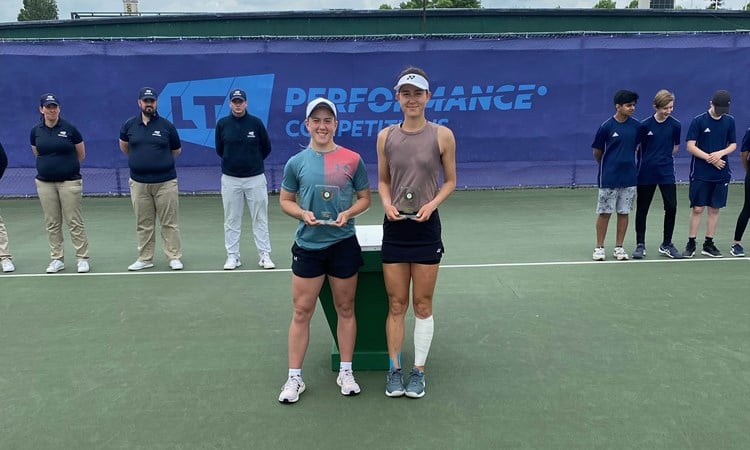