Murray, Evans, Norrie and Raducanu all progress on day three

Coming off the back of his victory over Nikoloz Basilashvili, Murray started brightly. He looked positive and had clearly set out to attack early and play on the offensive. He broke Otte twice without facing a single break point and wasted no time in going 3-1 ahead in the second.

It seemed like there would be no way back for the German, but he’s shown already this week that he’s a fighter – coming through his first round match in five sets against Arthur Rinderknech. Murray’s concentration seemed to waver slightly and Otte won four games in a row and eventually stunned the crowd by levelling the scores.

Otte soon became the aggressor in the third set, punishing Murray for every short ball or mistake he mad and frustrating the two-time champion. The qualifier looked on his way to an emphatic win, wrapping up the third set

Murray seemed to benefit from a short break as the roof closed, coming back rejuvenated with the German’s flow seemingly disrupted. He edged 4-2 ahead with a loose forehand from Otte sailing wide and Murray turned to ramp up the crowd’s cheers once again.

The former World No.1 looked a different player and despite being broken back, he summoned inspiration to once again attack Otte’s serve and he got his reward – the match was going to a decider.

An early break would prove the difference in the final set, but it was a nervy finish for the British fans. Otte continued to test the Murray serve time and time again but he couldn’t find a way past the British star. In true Murray style he crowned a classic win with a trademark backhand lob.

“What an atmosphere to play in at the end – the whole crowd was amazing but there were a few guys in there who were getting me fired up” he said. “I needed everyone’s help tonight and they did a great job.”

“I think because of the lack of matches in important moments I didn’t make the right decisions a lot of the time but I think I played the right way in the last couple of sets and in the first.

“I think considering everything I feel alright – hips feel good. I get a rest day tomorrow and hopefully I’ll get another atmosphere like this and I can perform well.”

The first set had just about everything. A pair of opening service breaks would be the first of five in the set with little to split between the two players.

Diatchenko – who ranks 188 places higher than the 18-year-old Brit – had led the set 4-2, but Raducanu showed immense mental strength to come through a couple of lengthy games and level things up. In the tie-break she just started to pull away from the Russian, with an impressive array of shot making.

She took the set and it seemed to drain the life out of the World No.150. In the end it was an easy finish for Raducanu, who was almost faultless as she picked up what will hopefully be the first of many wins at SW19.

“I still can't quite believe it,” she said. “The support I had today was quite incredible. They definitely pushed me through some of the tough moments.”

With poor light interrupting the match yesterday, after Pouille sealed the first set, Norrie had it all to do on day three. Norrie showed up in the big points right from the start – a pivotal break at 6-5, gave the Brit the lift he needed. From there he wrestled control of the match, racing through the second set to go 2-1 up.

Pouille looked like he may force the fifth, serving out for the set, but once again, Norrie’s relentless consistency and clean striking proved too much. The Brit won three consecutive games to book a second round match against Alex Bolt.

World No.26 Dan Evans became the first British player through to the third round at Wimbledon after he picked up a commanding 6-3, 6-3, 6-4 win over Dusan Lajovic.

The British No.1 returned to court less than a day after defeating Feliciano Lopez but showed no signs of fatigue, but Evans was a level above Lajovic and relished the chance to play in front of the home crowd on Court 1.

Evans equals his best run at The Championships to date and will be hoping to go at least one step further when he faces either Sebastian Korda or Antoine Hoang later this week.

Katie Boulter came within touching distance of completing one of the upsets of the tournament, pushing second seed Aryna Sabalenka all the way before losing the contest 4-6, 6-3, 6-3.

The British star has been in good form on the grass – reaching the quarter-finals in Nottingham earlier this month – and she looked far more comfortable than her opponent in the opening set. She broke Sabalenka twice and with a killer forehand winner and a roar from the crowd, she took a one set lead.

But in the end it came down to who was going to step up in the big moments – Sabalenka took her one and only break point in the second to level the scores and then saved six in the decider to see out the victory in two hours and five minutes.

“I think my first and only takeaway is that it's definitely the best court in the world,” she said.

“I've not had a chance to play on it yet, that's my first time. I absolutely loved every minute out there. The British crowd were incredible. Yeah, I thought it was a really good match, one I won't forget.”

Despite an extraordinary display to win the first set, Liam Broady also exits Wimbledon in the second round, losing to ninth seed Diego Schwartzman 4-6, 6-2, 6-1,

Samantha Murray Sharan has gone out in the first round after she lost 6-3, 6-3 to World No. 45 Sorana Cirstea. 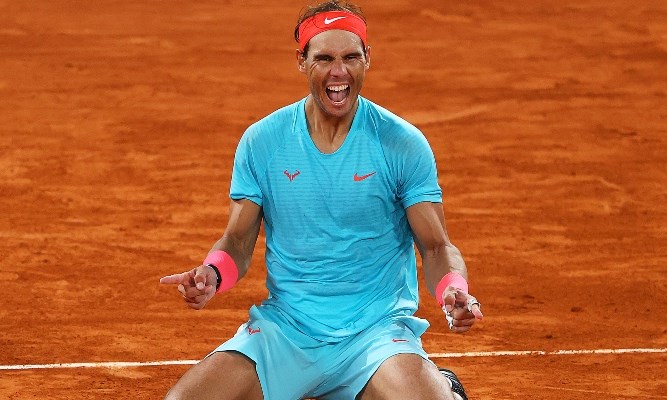 Murray and Evans bow out in third round

Wimbledon 2021: Murray and Evans bow out in third round