Vodafone has today announced a new partnership with nineteen-year-old sensation Emma Raducanu as its grassroots tennis ambassador. Emma will work with the brand to inspire the next generation of players and help grow grassroots tennis in the UK.

As part of her role, Emma will become the face of Vodafone’s grassroots tennis initiatives, with plans to use Vodafone connectivity to expand access to tennis for people of all ages, backgrounds and abilities. This includes the relaunched and expanded mass participation competition Play Your Way to Wimbledon, powered by Vodafone, formerly known as the Road to Wimbledon, which will be delivered in partnership by the LTA, the All England Lawn Tennis & Croquet Club, and Vodafone.

With entries now open, thousands of 14&U and 18&U players are set to take part in the initial stages held in clubs, parks and schools leading to county and regional finals in June and July. The winners of these stages will progress to the national finals, taking place on Wimbledon’s Aorangi Courts in August. They will also have the chance to immerse themselves in the true Wimbledon experience, competing in whites and touring the historic Grounds and Museum.

From 2023, the LTA and the All England Club are planning for the competition to expand further, including through the introduction of additional age groups and disability categories, which Vodafone is proud to support.

There has already been good news for grassroots tennis in the UK, with the three months after Emma’s grand slam win seeing more adults pick up a racquet regularly than for the same period in any of the past five years. Vodafone will work with Emma, the All England Club and the LTA to build on this ‘Raducanu Effect’ and help get more children and adults playing and enjoying tennis as they take part in the competition.

Max Taylor, Vodafone Consumer Director said “Emma has captivated the nation over the last eighteen months, delivering one of the most iconic British sporting moments in recent memory and inspiring a huge number of new players to pick up a racket for the first time. As the face of modern British tennis and a graduate of the LTA’s grassroots programme – which we are proud to now be supporting – Emma is the perfect person to champion the relaunch and expansion of Play Your Way to Wimbledon, powered by Vodafone and our ambition to democratise the sport and connect a new generation of fans and players.”

Emma Raducanu said “I’m so excited to be working with Vodafone to inspire the next generation of tennis players in the UK. The support I received at a grassroots level has been key to my development as a player, and I’m looking forward to helping make these initiatives even bigger, better and more accessible.”

Gus Henderson, Commercial Director at the All England Club, said “We are delighted to work with the LTA and Vodafone to build on the strong heritage of the Road to Wimbledon, relaunching and expanding it to become the UK’s biggest individual mass participation competition. We hope that Play Your Way to Wimbledon helps to encourage more children to try tennis and develop a love of the game, with the chance to play on the grass courts at Wimbledon as a compelling inspiration factor.”

Oliver Scadgell, Participation Director at the LTA said: “By working with Vodafone and the All England Club on this competition, we’re continuing our vision to open up tennis and grow the sport at a grass roots level. The introduction of broader age groups and disability categories from 2023 is key to this objective and it’s hugely beneficial to have Emma’s support in encouraging participation.”

To mark the announcement, Vodafone used a time-slice rig and a bespoke racket threaded with electroluminescent (EL) wire to create a unique 360 degree ‘digital sculpture’ of Emma alongside grassroots player Katie Randall. Popularised by the Matrix, and still used by national and international broadcasters as the cutting-edge of 360 filming, time-slice rigs use 120 different cameras and cutting-edge software, an example of Vodafone’s commitment to using the latest technology to support the next generation of tennis players.

The 360 sculptures of Emma are available to download here, alongside further imagery here and a short launch film featuring Emma and Katie, downloadable here and on YouTube here

The announcement follows Vodafone’s recent multi-year deal with Wimbledon and the All England Club as Official Connectivity Partner of The Championships. Working alongside Wimbledon and Emma, Vodafone will use its world-leading connectivity, superfast 5G network and cutting-edge AR, VR and haptic technology to help bring the sport to more people and enhance the viewing and playing experience.

To find out more about Play Your Way to Wimbledon, powered by Vodafone, including how to sign up to compete at your local club, park or school, visit https://www.lta.org.uk/play-your-way-to-wimbledon/ 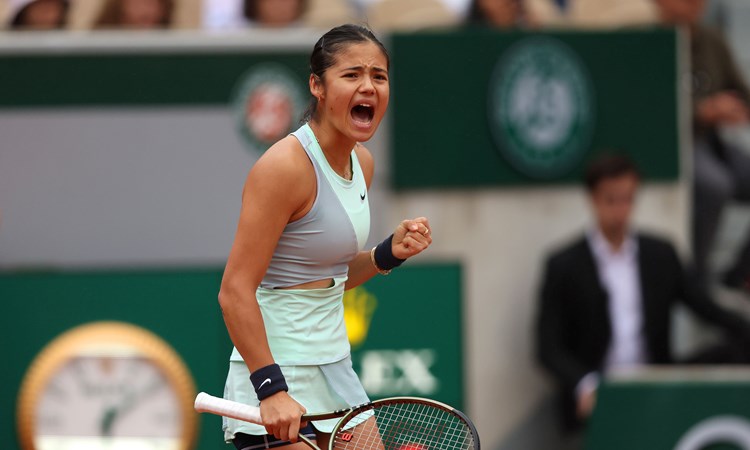 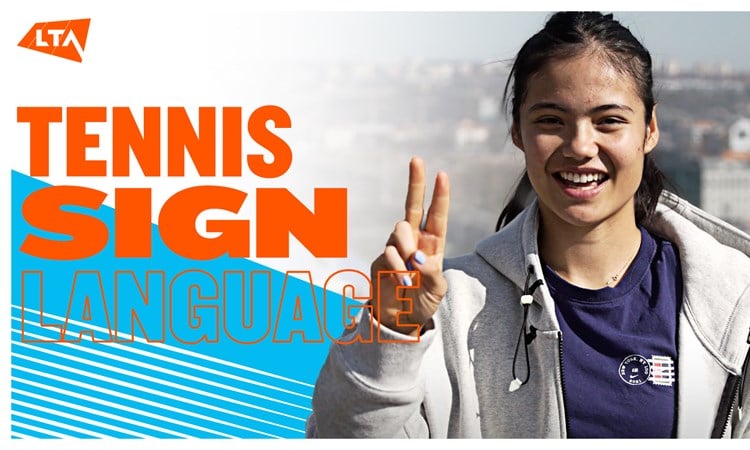