Tuesday 8 February will see the third men’s and women’s events take place in the LTA’s 2022 Performance Competitions Calendar for professional players, which will see well over 40 weeks of either international ranking point or prize money earning opportunities in Great Britain.

The primary aim of the 2022 calendar is to provide significantly enhanced playing opportunities for British players at each age and stage of the performance player pathway in Britain.

Edgbaston will see 10 British women compete in the singles main draw and 14 in the doubles. Players include, Jodie Burrage (Surrey), who is on the LTA’s Pro Scholarship Programme – the highest level of support for players aged 16-24, and Tara Moore (Yorkshire) who will play a first round match against qualifier Sam Murray Sharan (Cheshire), as well as Freya Christie (Nottinghamshire) who reached the doubles semi-finals of the W25 Bath. Wildcards have been awarded to Brits Sonay Kartal (Sussex), Isabelle Lacy (Surrey), Marni Banks (Lancashire) and Talia Neilson-Gatenby (Leicestershire).

Tournament Director Ben Murray said: "We are looking forward to welcoming all our players to the ITF $25k in Birmingham - we have a high ranked field, and the standard will be great. The Priory Club is a fantastic setting, the club have been perfect in their preparation for the event and are always so welcoming and helpful, we are looking forward to getting underway!"

In Shrewsbury, 15 Brits will compete in the main draw of the singles and 18 in the doubles. Paul Jubb (Yorkshire) and Aidan McHugh (Scotland West) are the highest ranked Brits. Jubb has been drawn against Italian Francesco Maestrelli in the first round while McHugh will face Daniel Little (Sussex) in an all-British clash. Billy Harris (Isle of Man), the other seeded British player, has been handed a round one meeting with Austrian Maximilian Neuchrist. French player Antione Escoffier, the number one seed and winner of the M25 Loughborough has been drawn against Tobias Simon from Germany.

Eighth seed Anton Matusevich (Kent) acknowledged there’s a strong line up of British and international players taking part in this week’s men’s tournament saying “for me, it’s stronger than the last one,” he said. "There’s some higher ranked players here, so it’s not going to be easy, but I’m going to try my best, focus on specific goals in the match.”

Two Brits successfully came through qualifying to book their place in the main draw, with Charles Broom (Hertfordshire) beating Oscar Weightman (Middlesex) in a third set tie-break, while Oliver Tarvet (Hertfordshire) got the better of Alexis Canter (Oxfordshire).

Matches from the W25 Edgbaston and M25 Shrewsbury competitions can be live streamed on the ITF website, by clicking here. 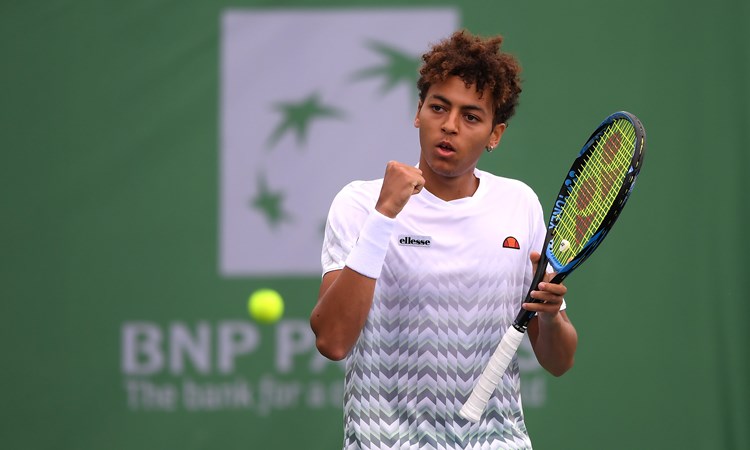