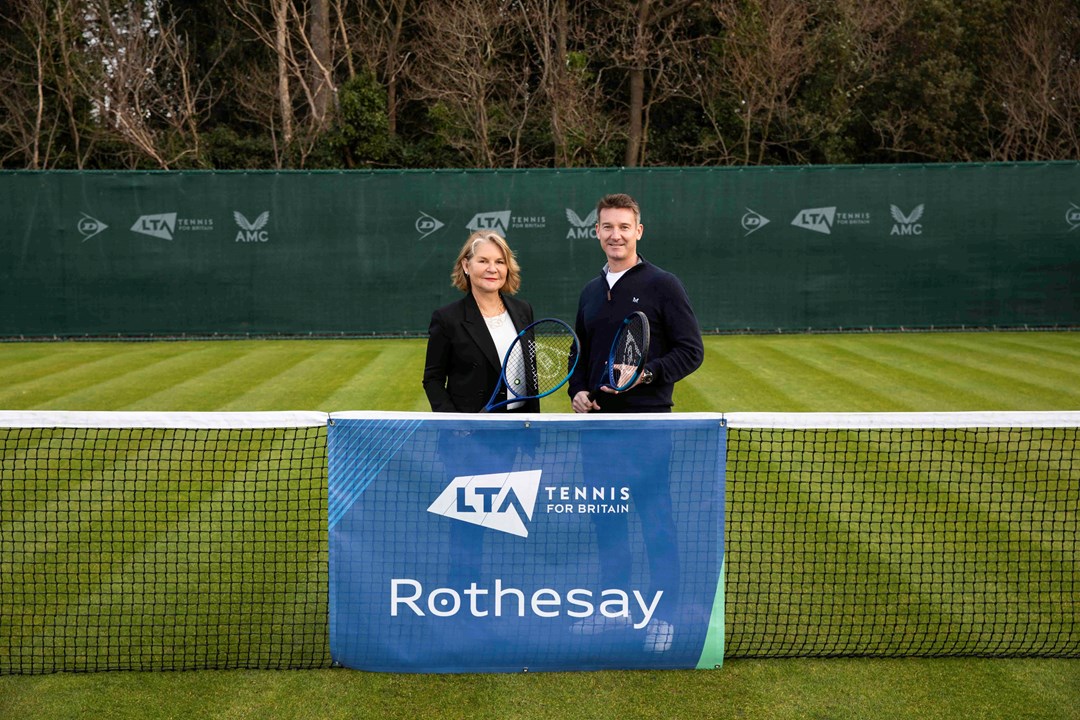 The partnership will see the three grass court competitions, organised and delivered by the LTA as cornerstones of the British grass court summer, become known as the Rothesay Open (Nottingham), Rothesay Classic (Birmingham) and Rothesay International (Eastbourne). Rothesay will also be one of the supporting partners of the cinch Championships at The Queen’s Club.

Rothesay is a UK insurer which was purpose-built to protect pensions, managing over £60bn of assets and securing the future for over 800,000 people. The company is trusted by some of the UK’s best known businesses to provide pension solutions, including British Airways, Post Office, ASDA, National Grid and Aegon. Rothesay’s track record of innovation and excellence has led it to become the UK’s largest specialist insurer in the fast-growing pensions insurance market and a significant investor in the UK across a range of assets such as social housing, infrastructure, real estate, and both equity release and long-term, fixed rate mortgages. 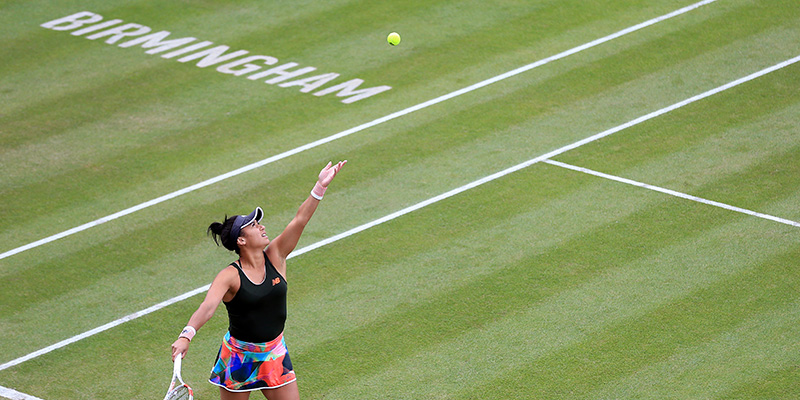 Each year the three grass court events attract close to 100,000 attendees, with millions more watching live on television.  The events provide an opportunity for top British players, and emerging talents, to compete against the best players from around the world and is a showcase of international tennis in Britain. Last year’s events saw high quality tennis played throughout the summer and plenty to cheer for those supporting British players, with Johanna Konta becoming the first homegrown champion at a domestic WTA tour event since Sue Barker in 1981 when she won in Nottingham. Whilst Emma Raducanu made her main Tour debut at the same event courtesy of a LTA wildcard.

In Birmingham, Ons Jabeur beat Daria Kasatkina to become the first Arab woman ever to win a WTA Tour title. In the wheelchair event Japan's Yui Kamiji won the singles event, before partnering with Britain's Jordanne Whiley to win the doubles tournament.

The partnership, which will see Rothesay become the LTA's exclusive pensions partner, will focus on promoting Rothesay’s role in supporting the future of British tennis along with the LTA’s vision to open up tennis to more people of any age, ability and background.

Commenting on the partnership, Scott Lloyd, LTA CEO, said: “We’re very excited to have Rothesay on board as our partner and title sponsor for these three premier grass court events for the coming years. It is fantastic that they have decided to use our platform to tell their story and we look forward to working with Rothesay to promote tennis and our partnership.”

Addy Loudiadis, Chief Executive Officer at Rothesay said: “We are delighted to partner with the LTA and to become the title sponsor of these leading events in the UK sporting calendar.  As a business purpose-built to provide security for UK pensioners, we are proud to play a role in supporting the future of British tennis and to help open up tennis to all its fans. We look forward to collaborating with the LTA and exploring exciting and innovative ways of connecting tennis fans to our business and eagerly await the start of the grass court season.”

Tickets for the LTA grass court events will go on sale from March.

The LTA’s National Tennis Centre in Roehampton hosted the launch event on Saturday (12 February) for Pride in Tennis, the LGBTQ+ network for Tennis in Britain.

Find out more about our new County Governance Framework, which sees tennis aspire to the highest standards of governance for sport at a local level.

The LTA SERVES programme has been shortlisted in the Tessa Jowell Community Award category for the 2022 Sports Industry Awards.