Representing your country in any sport is a special achievement, and tennis is no different. As well as being a highlight of a player’s career, Great Britain teams also connect with, enthuse and excite tennis fans in Britain like nothing else in our sport. That is why we have revived what was once a tennis tradition – the LTA Colour Holders programme.

Historically, in the same way a player might receive a ‘cap’ in football or rugby, when a player represented Great Britain in tennis, they received a Colour.

The reintroduction of Colour Holders marked 125 years since the first players stepped onto court to represent Great Britain at tennis - at the 1896 Olympics. It has been developed to help acknowledge, recognise and celebrate players, past and present, who have represented Great Britain in the Davis Cup, Billie Jean King Cup and Wheelchair Tennis World Team Cup, as well as at the Olympic Games and Paralympic Games. 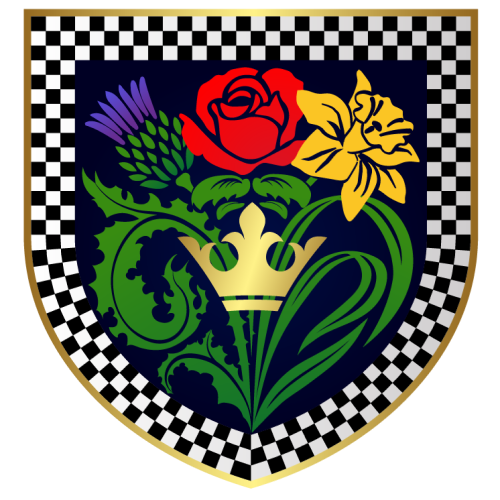 Inclusive of tennis and wheelchair tennis

From the early days of the programme, Colours have been awarded to both females and males who have represented Britain. In addition, following the creation of wheelchair tennis and its subsequent growth to become a professional sport, World Team Cup representatives and Paralympians have been included as Colour Holders for the first time alongside Davis Cup, Billie Jean King Cup and Olympic players – all together on one list.

A sequential list has been created depicting when a player gained their Colour Holder status in relation to their peers, meaning each player to represent Great Britain will have their own unique number.

Since 1896, only 314 tennis players have become Colour Holders. John Boland became the first at the inaugural modern Olympic Games in Athens, while Joe Salisbury, Greg Slade and Abbie Breakwell are the most recent players to achieve this status having been selected to play in the Olympics and World Team Cup competitions respectively in 2021.

John was the first Olympic champion in tennis for Great Britain and Ireland at the first modern Olympics, which took place in Athens in 1896. Boland initially travelled to Athens to watch the Olympic Games as a spectator before a friend entered him into the tennis competition. Despite competing with leather-soled shoes with heels, Boland won the competition and became an Olympic champion in both the men’s double and singles tournament.

Charlotte was our first female Colour Holder and won Gold in the women’s singles and mixed doubles at the 1900 Olympics Games in Paris. In winning the women’s tennis singles title in Paris, Charlotte became the first female athlete to win Olympic gold in an individual event. Cooper also won five Grand Slam titles, the last of which coming in 1908 at the age of 37, making her the oldest female champion in history.

Simon appeared at three Paralympic Games; Barcelona in 1992, Sydney in 2000 and Athens in 2004, with the first Wheelchair Tennis Colour Holder just missing out on a medal in the men’s doubles in the bronze medal match in Sydney playing alongside Jayant Mistry. Simon appeared in 19 consecutive World Team Cups for Great Britain, his first being in 1986 in the USA and his final in 2004 in New Zealand.

Donald made his debut is the 1946 Davis Cup. A Wimbledon quarter finalist in 1938, McPhail, who hailed from Glasgow, played in the years before and after World War II.

Danny made his Davis Cup debut for Great Britain in April 1990 and was a mainstay of the team for five years through to 1995. He competed in all four Grand Slams with his best performance coming at Wimbledon '99 where he made the 3rd Round before losing to eventual champion, Pete Sampras.

Kyle made his Davis Cup debut against Belgium in the final of the 2015 Davis Cup in Ghent, with Great Britain winning the tournament for the first time in 79 years. His debut saw Edmund become only the sixth man in the history of the Davis Cup to make his debut in the final. This Achievement saw the Davis Cup team win the 2015 BBC Sports Personality Team of the Year Award.

Connecting the past with the present

James Auckland and Frances MacLennan have been granted Honorary Colour Holder status by the LTA.