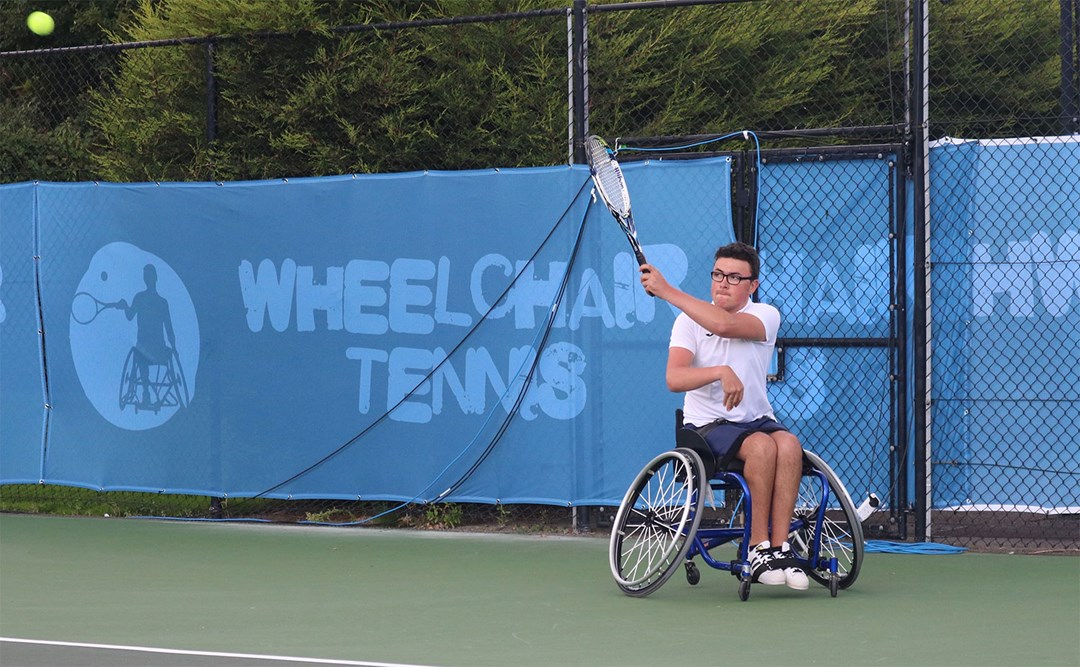 Fran Smith took the headlines at this year’s School Games wheelchair tennis tournament at Loughborough University with a double gold for Wales, with England and Ulster winning the titles in boys events.

18-year-old Smith took both the Girls Singles and Doubles titles on what was her debut at the event. Smith defeated England’s Abbie Breakwell in the Girls Singles final, coming back from losing the first set to win gold with an 11-9 win in a deciding tie-break. Ruby Bishop of England claimed the bronze medal. In the Girls Doubles final, Smith partnered compatriot Lilly Folland to claim a second gold for Wales, with England taking the other podium places through Bishop and Martha Harris (silver) and Breakwell and Megan Bradley (bronze).

Ulster’s Ross Gourley took the Boys Singles title, beating England’s Alex Chaston in the final 4-2, 4-0, with local favourite Dahnon Ward taking the bronze for England. Ward had further success in the doubles as he partnered George Davies to claim the Boys Doubles title with a straight sets win (4-1, 4-1), with Gourley and Nathan McCabe winning silver and England’s Chaston and Ben Bartram completing the podium.

The 2017 School Games Fair Play award for wheelchair tennis went to England’s Zak Corbishley – a standout achievement in a competition that saw fair play and . Corbishley had also been selected to perform the honour of reading the athletes oath at the Opening Ceremony on behalf of all 1,600 competitors in the multi-sport competition. Corbishley was joined on stage by three fellow wheelchair tennis players to deliver his lines in front of 1,600 fellow athletes, as well as volunteers, coaches and officials, with the whole event also being streamed online.

The School Games are a national multi-sport event for the UK’s most talented school-age athletes. Athletes from across the UK are competing in 12 sports, including wheelchair tennis. The School Games have provided a springboard for many of today’s biggest names in sport, with previous competitors include Paralympic champions Hannah Cockroft, Ellie Simmonds and Jonnie Peacock, Olympic champion Adam Peaty, heptathlete Katarina Johnson-Thompson and GB sprinter Adam Gemili.

Here's our #2017SG medalists from the wheelchair tennis! 🎾 @TennisFndation pic.twitter.com/jqIhYT9P4x

Organised by the Youth Sport Trust, the four-day event is supported by National Lottery funding from Sport England. The event aims to replicate the experience of a major sporting event such as the Olympic and Paralympic Games with an athletes’ village and a full education programme that gives the competing athletes a unique insight into the world of elite sport.

The wheelchair tennis tournament at the School Games is managed by the Tennis Foundation, Great Britain’s leading tennis charity which aims to make tennis a sport with is inclusive and accessible to all, making it possible for them to enjoy the many health and social benefits of the sport while maximising their personal potential.