An array of top 10 players and Paralympic medallists will grace the courts at Bolton Arena during the next ten days as the Lancashire venue hosts the LTA’s first two international wheelchair tennis tournaments of the year for the first time.

British No.1 and three-time Paralympic medallist Lucy Shuker heads the home challenge in the women’s singles at both tournaments on the back of recently reaching the women’s singles semi-finals and doubles final at the Australian Open. Currently world No.6 and just one place off her career best singles ranking, Tokyo 2020 doubles silver medallist Shuker is joined in the field for this weekend’s ITF 3 event by the USA’s world No.8 Dana Mathewson and China’s world No.9 Zenzhen Zhu.

Two-time Bolton Indoor champion and world No.3 Aniek van Koot of the Netherlands, women’s doubles gold medallist at Tokyo 2020, heads the women’s entry for next week’s ITF 2 tournament alongside Shuker, Mathewson and Zhu. 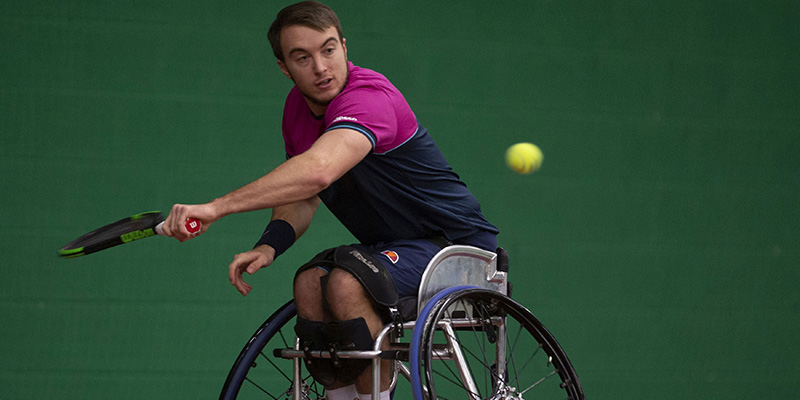 Dermot Bailey, British No.3, will lead the home entry for the men’s singles at both tournaments alongside 16-year-olds Ben Bartram and Dahnon Ward. Bartram and Ward recently returned from wheelchair tennis’s Junior Masters in France as winner and runner-up in the boys’ singles and winners of the boys’ doubles at the premier annual wheelchair tennis tournament for players aged 18 and under.

British No.1 and 15-time Grand Slam champion Andy Lapthorne will bid for his third Bolton Indoor title next week in the quad singles, for players who have an impairment in three or more limbs.

World No.4 Lapthorne, who recently partnered American David Wagner to the Australian Open quad doubles title, will join world No.6 Wagner, world No.8 Bryan Barten and world No.9 Kyu-Seung Kim in a star-studded field, with Wagner, Barten and Kim heading the quad singles entry title at this weekend’s ITF 3 tournament, for which former National champions Richard Green and James Shaw lead the British entry. 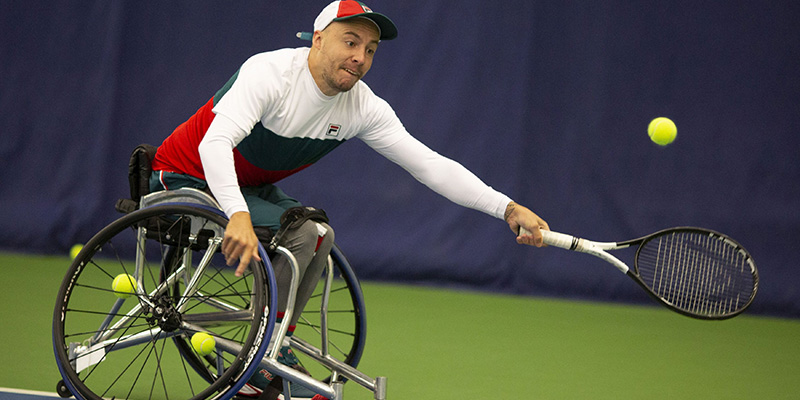 The Bolton Indoor may have been cancelled in 2021 due to the coronavirus pandemic, but Bolton Arena was still able to host one of seven LTA Wheelchair Tennis Initiative taster days during the second half of the year aimed at introducing new players to the sport.

Among the players at last September’s taster day in Bolton was Manchester’s Robyn Love, a Rio 2016 Paralympian and European and World Championships medallist in wheelchair basketball. Love’s new venture into wheelchair tennis will see her play her first international tournaments at the ITF 3 and ITF 2 tournaments in Bolton.

While many of the world’s leading senior players will contest both tournaments in Bolton, next week’s ITF 2 tournament will include domestic and international junior draws, with the international girls’ and boys’ singles entries headed by Ward and Ruby Bishop, who both have top-four junior world rankings.

Looking ahead to both tournaments, LTA Tournament Director Kirsty Thomson, said: “We are delighted to be bringing international wheelchair tennis back to Bolton Arena for the first time since 2020 and we are very pleased by the quality and depth of the entry in a year following a Paralympics.

"To have back-to-back tournaments at the same venue ensures we can showcase some of the best players in the world, while also providing opportunities for players aspiring to reach the top, including Britain’s leading juniors.”