Keith Reynolds has been named the Aegon Lifetime Achievement award winner for 2015.

Keith, co-owner and founder of The Watchorn Tennis Club in Derbyshire, has made an exceptional contribution to developing coaches and coach education over many years of his career. 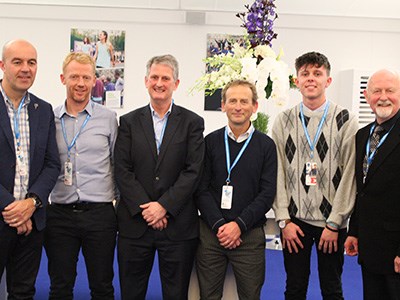 He has consistently been an innovator in how to communicate with the player in a way that engages and empowers, he has helped coaches develop these skills in many ways.

Many of GBs leading coaches today would name Keith as a major part in their own development. Keith does not develop coaches as clones, he empowers them to find their own route to being their best.

Keith has been a top player throughout his career, playing to an international level as a junior and becoming the National 35+ Champion. From his expertise through coaching and playing, Keith has coached many top international and national players including Davis Cup player and top 200 ATP ranked Jamie Baker.

5. What motivates you most about your job?

6. Your coaching career in one word?

Over 2,800 members of the coach and venue workforce attended the LTA’s Autumn Club & Coach Forums this year - a record attendance since the forums started in 2010.

The LTA has announced improvements to the delivery of education, qualifications and professional development for tennis coaches in Britain.