Ready to back the Brits? Tickets are now on sale for the Davis Cup in Glasgow this September
LTA Home News Jubb selected for LTA’s elite development support programme

Paul Jubb has been rewarded for a successful 2019 with a place on the LTA Pro Scholarship Programme (PSP) – the highest level of support offered to developing players by the national governing body.

The programme provides access to world class coaching, science and medicine support from the LTA Performance team, as well as financial support (up to £80,000) for players aged between 16 and 24 with genuine potential to reach the ATP/WTA top 100 within five years.

Jubb and Jodie Burrage are new additions to the list of 12 players supported by the programme for 2020, nine of whom achieved career high singles rankings in 2019. The full list is as follows:

The PSP is the key stage of support offered through the LTA Player Pathway before players become eligible for the LTA’s programme of elite support, offered to those who establish themselves in the ATP/WTA top 100 singles or top 30 doubles.

Cameron Norrie was the first player to successfully graduate from the PSP at the end of 2019 having reached the criteria for elite support by fully establishing himself as a top 100 player.

'A clear route for high potential players to develop'

Launched in 2018, the player pathway provides a clear route for high potential players to develop from playing local junior tournaments right through to major professional competition. It starts with affordable, high-quality local training for the youngest children aged 10 and under across a network of 48 Local Player Development Centres, then progresses to 12 Regional Player Development Centres for players aged 14 and under.

Two full-time residential National Academies were launched in 2019, providing world class coaching, science, medicine, and welfare support for those aged 13 to 18, alongside an excellent mainstream education up to at least GCSE-level. 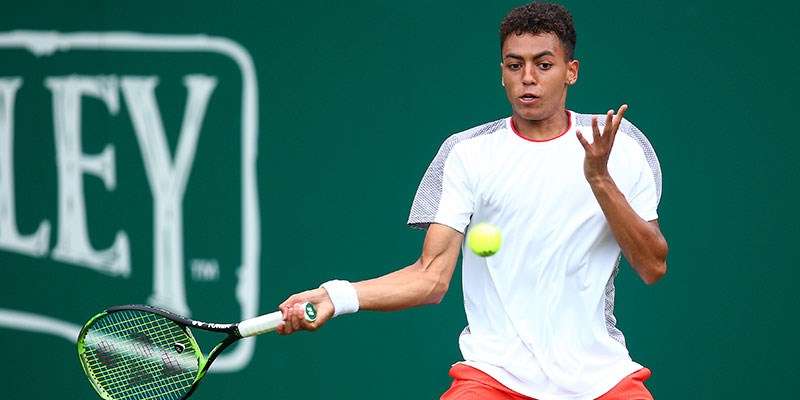 Jubb is now eligible for the PSP having finished college in April and has confirmed his coaching will be led by David Felgate’s team at Junior Tennis Coaching (JTC) in London. He gained prominence last spring when he became the first ever British player to win the coveted NCAA singles title while studying at the University of South Carolina.

He went on to impress during his first grass court season, recording victories over higher ranked opponents at the Nature Valley Open in Nottingham and the Ilkley Trophy, and earning a wildcard into the Wimbledon main draw. He has since been a regular on the ITF Tour, winning his maiden ITF Men’s title in Cancun in November.

Paul is the 1st Brit to claim this title! #BackTheBrits 🇬🇧

'The right attitude to continue his progress'

Leon Smith, LTA Head of Men’s Tennis, said: “Paul is a very talented player and has earned his place on the Pro Scholarship Programme, which will play a big part in his development during the next few years, as it already has with many of our best young players.

"Of course there is still a long way to go for him but I’m confident he has the right attitude to continue his progress. He now has access to world class support from a fantastic team at the LTA as well as joining the outstanding coaching team at JTC, which will stand him in very good stead during these early stages of his professional career.”

Paul Jubb said: “I’m proud to have been selected for the Pro Scholarship Programme, and I’m really grateful to the LTA for giving me access to so much support at the start of my professional career. Like everyone else, I’m looking forward to getting back out on court once this challenging time is behind us.”