Day five: Skupski and Glasspool both bow out in final eight 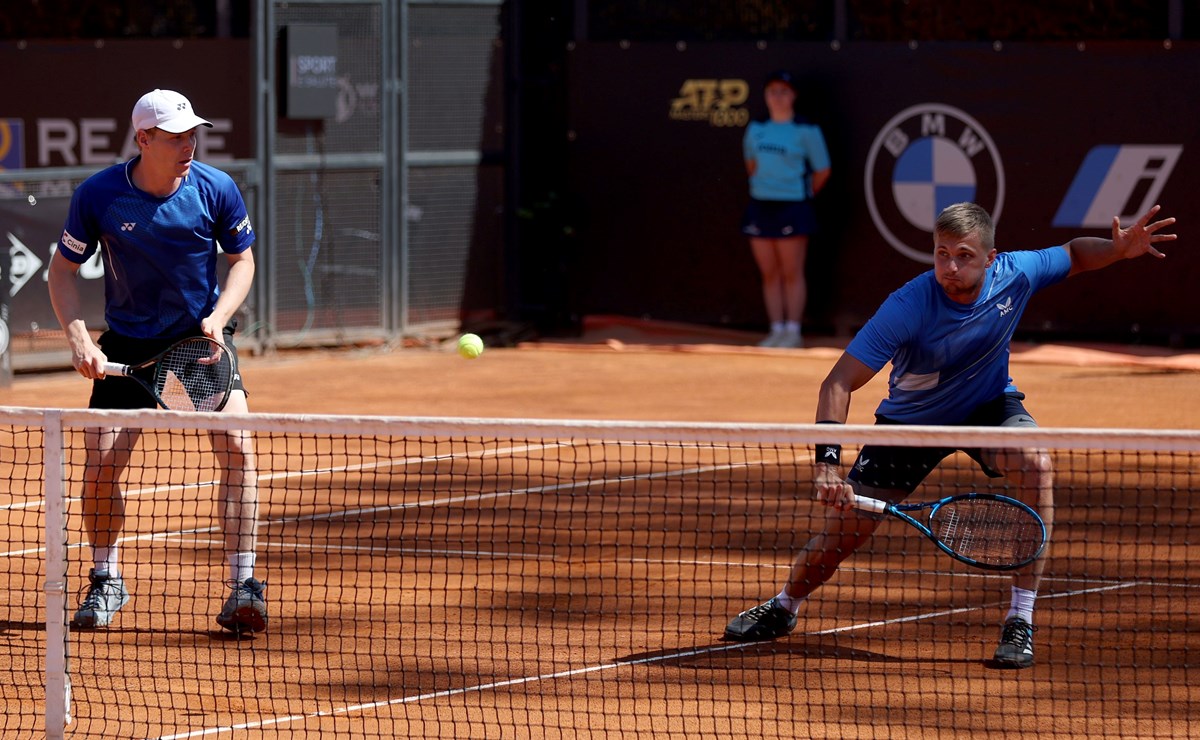 Neal Skupski and Lloyd Glasspool both lost their respective quarter-final matches in the Italian Open doubles on Friday.

Mutua Madrid Open champions Skupski and Wesley Koolhof were defeated 6-4, 6-4 by third seeds and former world No.1 pairing Nikola Mektic and Mate Pavic in an hour and 23 minutes.

The match was ultimately decided in the biggest moments - the Croatian duo saving all five break points faced and taking their only two opportunities to progress to the semi-finals.

Late alternates Glasspool and Harri Heliovaara - who defeated top seeds Joe Salisbury and Rajeev Ram in the first round - were beaten 6-3, 6-2 by John Isner and Diego Schwartzman.

Their excellent run in Rome currently has Glasspool rising nine places in the doubles rankings to world No.62 and the pair sit 16th in the race for the Nitto ATP Finals.

Neal Skupski and Wesley Koolhof go from strength-to-strength on clay after defeating Rohan Bopanna and Matwe Middelkoop 7-6(3), 6-3 to guarantee themselves a spot in the quarter-finals.

Despite having opportunities to break in the opening set, both teams kept composure as they stayed on serve through to the tie break. Skupski and Koolhof capitalised on every chance, breaking serve twice to eventually take the first set 7-6(3).

Having taken the advantage, Skupski and Koolhof broke serve twice in the second set to close out the match in a total of one hour and 37 minutes.

Skupski and Koolhof will face Croatian double-act, Nikola Mektic and Mate Pavic, to fight for a place in the semi-finals. This will mark the first time that the two sides meet.

Glasspool and Heliovaara will also have first-time opponents in the form of John Isner and Diego Schartzman.

The British/Finnish partnership converted half of their break points, while saving 80%.

Despite going 5-2 down in the opening set, Norrie showed brilliant strength to win the following five games back-to-back to edge in front.

But after Cilic broke in the second at 3-2, momentum shifted in the way of the Croatian, who won 10 of the next 11 games to seal his first victory against the Brit. 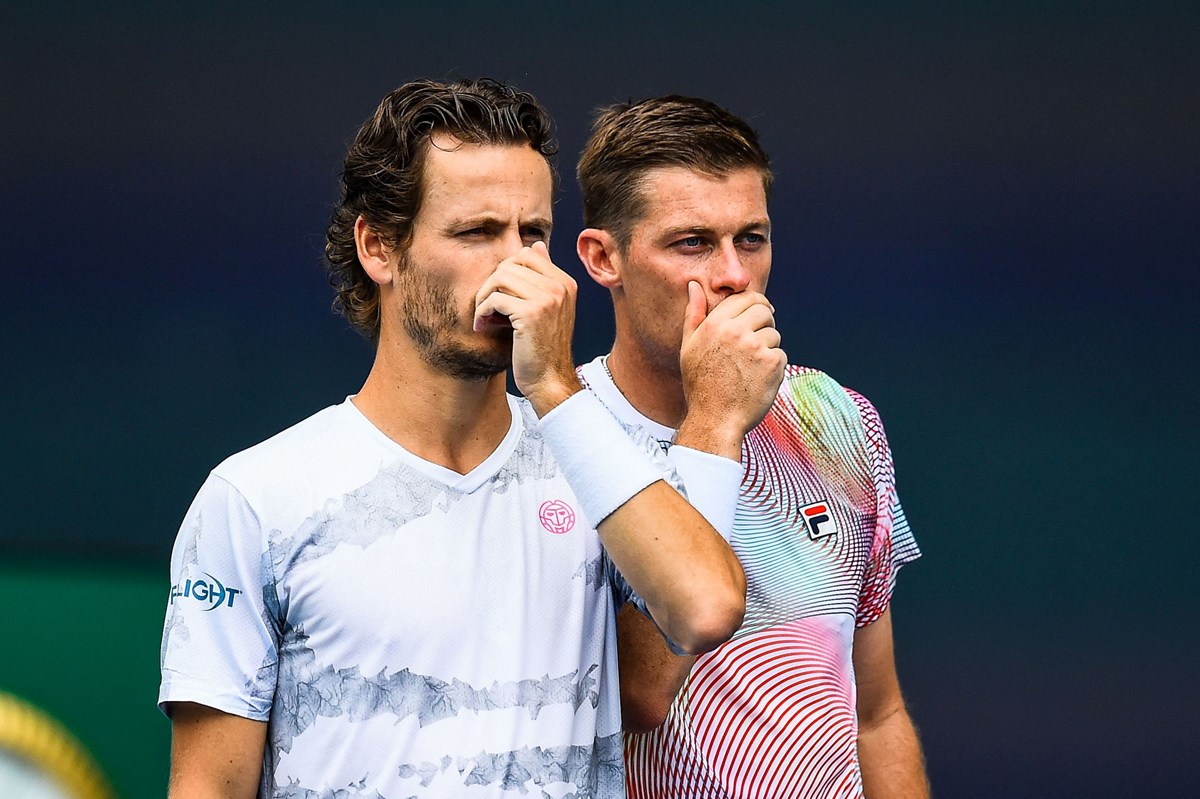 Late alternates Lloyd Glasspool and Harri Heliovaara stunned top seeds Joe Salisbury and Rajeev Ram in the first round. Meanwhile, Neal Skupski and Wesley Koolhof continued their winning streak off the back of their title in Madrid, as Jamie Murray and Michael Venus lose out in opening round.

Glasspool and Heliovaara knocked out the two-time grand slam champions 7-6(5), 6-3 and will progress to play Thanasi Kokkinakis and Frances Tiafoe.

Skupski and Koolhof got their Italian Open underway with a 6-4, 7-6(4) victory over Marcelo Arevalo and Jean-Julien Rojer in an hour and 46 minutes. The seventh seeds will now face Rohan Bopanna and Matwe Middelkoop in round two.

Despite taking a one set lead, Mutua Madrid Open semi-finalists Murray and Venus lost 6-7(2), 6-3, 10-5 to Ariel Behar and Gonzalo Escobar. 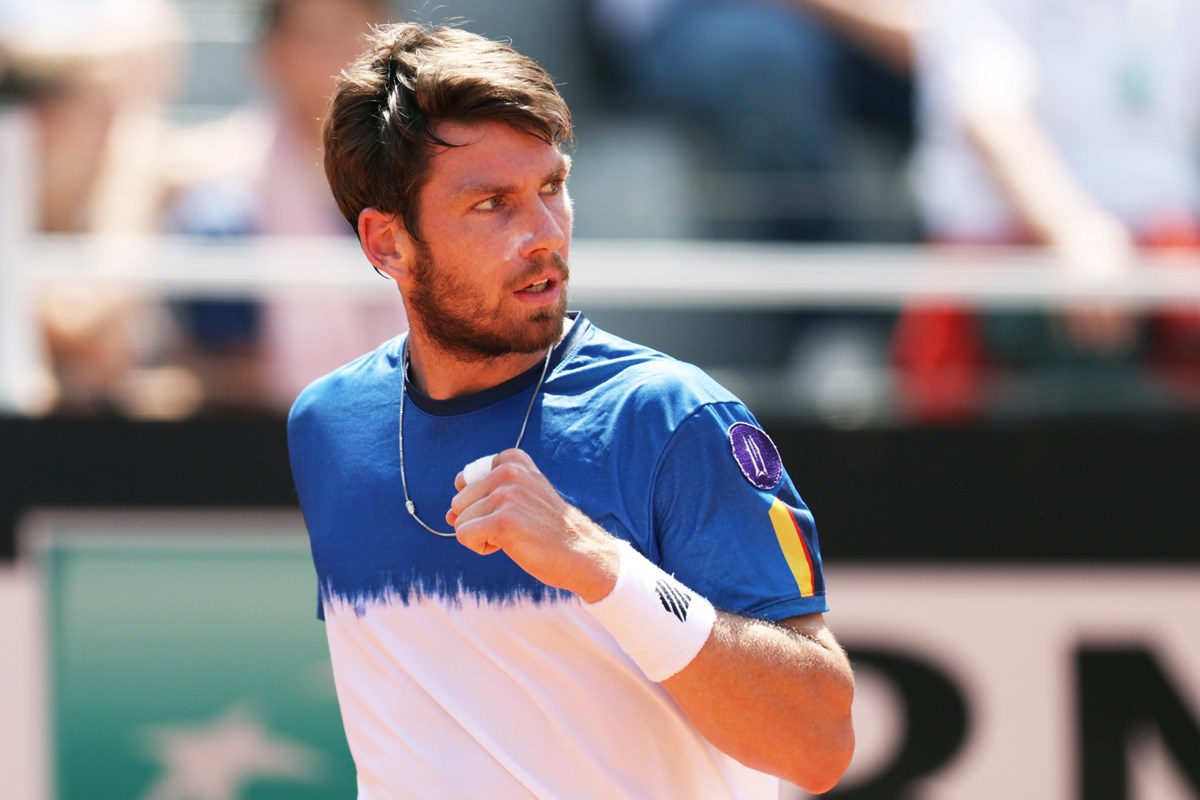 Cam Norrie got his campaign underway with a 6-4, 6-4 victory over local Italian star, Luca Nardi, in one hour and 32 minutes.

The win seals his spot in the second-round where he will face the world No.23, and 2014 US Open champion, Marin Cilic. Norrie previously met the Croatian on clay at the Estoril Open, Portugal, where he comfortably claimed a 2-0 win over the sixth seed.

With the opening set neck-and-neck, Norrie took some time to settle, having to save a couple of break points before launching his attack on Nardi’s serve. He only needed one break at 2-2 to take the set.

Norrie came in firing in the second set, breaking the Italian straight away to set himself up for a comfortable win, losing only four points on his serve the entire match.

Emma Raducanu however was forced to retire from her match against former US Open champion Bianca Andreescu with the scores at 6-2, 2-1.

Dan Evans will turn his attention to the French Open now after being knocked out of the Italian Open by Nikoloz Basilashvili.

Despite breaking Basilashvili twice in the opening set and holding a 4-2 lead, Evans struggled to pull away, as the world No.25 clawed his way back to take the tie-break.

High in confidence, Basilashvili broke at the first time of asking in the second and won 83% of points on first serve to see out the match.

Cam Norrie and Pedro Martinez were on the wrong end of a tense battle in Rome - losing 2-6, 7-6(2), 10-8 to Frances Tiafoe and Thanasi Kokkinakis.