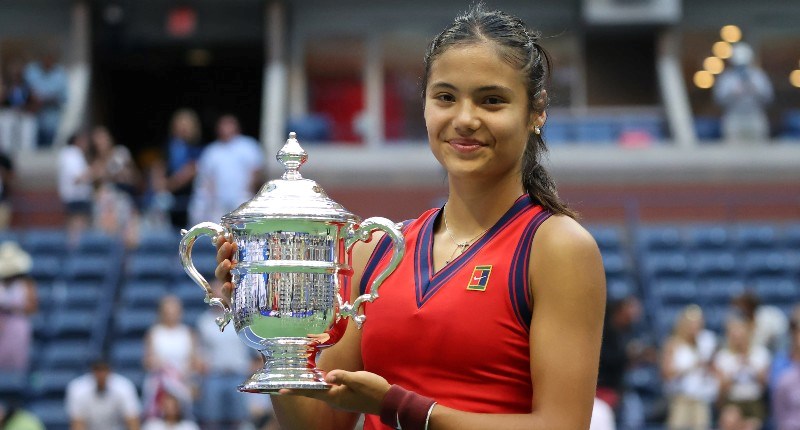 The 19-year-old collected her award (virtually) at the culmination of the annual BBC Sports Personality of the Year ceremony, which this year was broadcast from Media City in Salford on Sunday 19 December.

The 2021 US Open winner claimed the award ahead of a shortlist of some of Britain’s finest sports men and women, including diver Tom Daley, boxer Tyson Fury, swimmer Adam Peaty, footballer Raheem Sterling and Paralympic cyclist Dame Sarah Storey.

Emma, who is currently in Abu Dhabi self-isolating, was read out as the winner by Jason and Laura Kenny.

Receiving the Sports Personality of the Year award caps an incredible 12 months for Emma, earned off the back of a string of impressive performances in her first two Grand Slams – including coming through qualifying to become Britain's first women's singles major title winner for 44 years at the US Open.

In the summer, while awaiting her A-level results, Emma emerged as a star at Wimbledon, defying her ranking of 338 to reach the fourth round.

Following receipt of the award, Emma said: “It is such an honour to be amongst these nominees, and congrats to you (all) for such an amazing year and all of your achievements.

“To win its really pretty amazing to me and I am very happy with this of course and I have watched BBC Sport Personality of the Year growing up and I am really humbled to have joined the amazing past winners, and I am also very happy for British tennis that we managed to get this award again.

“Thank you so much to all the voters and all of the fans for all the support I have received this past year, it has been absolutely insane, especially the energy I felt at Wimbledon playing in front of my home crowd, that was something that I have never felt before, so thank you very much.

“I would also like to say a big thank you to my team, thank you for all your hard work over the years. My team, my past coaches, the LTA, my family and friends, thank you so much.”

Emma is also an ambassador for LTA Youth, the LTA’s new and innovative junior programme created to help more children enjoy the benefits of playing and staying in tennis, whatever their age, gender, ability, disability or background.

Find out more about LTA Youth.

Congratulations to both Gordon Reid and Alfie Hewett who were shortlisted for the BBC Sport Personality 2021 'Team to the Year' award. The wheelchair tennis doubles pair became the first ever to win all four men's wheelchair Grand Slam doubles titles in 2021, a phenomenal achievement.

At the awards ceremony John McGowan of Hinckley Town Tennis Club was also nominated for the Unsung Hero award having previously been recognised for his contribution to the community, winning the BBC East Midlands Sports Personality of the Year Unsung Hero Award for 2021. 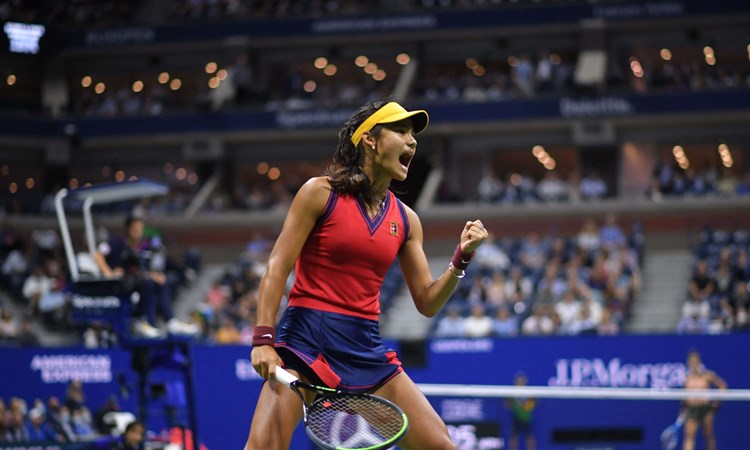