It's national Coaching Week, where coaches are recognised for their dedication to increasing participation and performance in their given sport. To mark UK Coaching's inaugural week-long celebration, we're showcasing three incredible coaches.

Tom Crisp from Surbiton, Ashley Neaves from Portsmouth and Fran Lewis from Swansea have all been named Coach of the Year finalists, as part of this year's British Tennis Awards. Check out their inspiring stories below...

Head coach at Surbiton Racket and Fitness Club Tom has been recognised for his extraordinary support of coach development and getting young, inspiring juniors onto the coaching pathway.

At 30-years-old and already with 10+ years of coaching experience, Tom has provided coaching to people of all ages, from mini tennis to seniors tennis, organising cardio tennis sessions, regular team training whilst also supporting a thriving disability programme.

The Surrey based coach has also had a significant impact on community tennis by co-managing a successful funding bid for over £200,000 for three public court sites in the Borough of Kingston, enabling the parks to extend their coaching and community focussed programmes.

Ashley's dedication to progressing coach progression in the south west region is unprecedented. Alongside his full-time role as head coach at the Avenue Tennis in Portsmouth, he set up and is now lead mentor for the Hants & IOW Coach Development Scheme which was designed to mentor young coaches through the start of their tennis career.

Previously a coach at Portsmouth Tennis Centre, Ashley wrote, delivered and managed the coaching programme, building from 0 players in 2013 to over 520 players playing week in, week out in 2017.

Praised for his inclusivity, the 29-year-old has had a great impact on grass roots tennis and on top of this, he has been has been recognised as one of the youngest coaches to become a qualified tutor in March 2017.

With a large catalogue of successful high performance players, Fran has had a significant impact upon performance tennis in Wales. Her devotion to her player base has resulted in a high number of young players coming through the ranks - from mini red development programmes to regional and national camps. As a result, she was selected by the LTA's 12&U National Coach Andy Barnes to work on all inter-regional camps for players born in 2007 throughout 2017.

Not only is she great at on-court delivery, but Francesca, the youngest of the finalists at 26, has had two coach resources published; ‘Helping junior players to cope with emotions’ by the ITF and ‘Emotional experience in youth tennis’ by the European Federation of Sports Psychology.

Last year, she worked on a sponsorship project for Swansea’s regional camp players and as a result, secured financial backing to support the 11&U team.

Fancy a career coaching the sport you love? The LTA's Head of Coach Development Merlin Van de Braam believes coaches are the ‘front of house’ for tennis in Great Britain: “Coaching is one of the most rewarding things you can do. You play a key role in developing the person and the player; whether it’s someone’s first ever ‘rally of five’ or winning a national championships – there is no better feeling than seeing someone reach their potential and knowing that you played a role in that.

“Qualified and Accredited coaches are a key driver of participation and without all the great programmes and passionate coaches in the field, tennis would simply not be where it is today.”

The LTA's tennis coaching qualifications pathway provides a guided route towards a coaching career. To get started, book yourself onto a course online today!

If you’re under 16, but would like to get your foot in the door, then check out the Tennis Leaders course. This is aimed at those aged 13 years+ and is an exciting programme to help you take your first step on the coaching ladder!

The LTA's Coach Engagement Manager Matt Smith, has a few words of wisdom for his fellow coaches...

“Make sure the court is fun and challenging to the level in front of you. Keep everyone involved, active and engaged, whilst ensuring everything they do on court is relevant to the full game. Help them improve and discover through fun challenges and game-based learning - always keep learning.”

From overcoming breast cancer to becoming an inspirational tennis coach 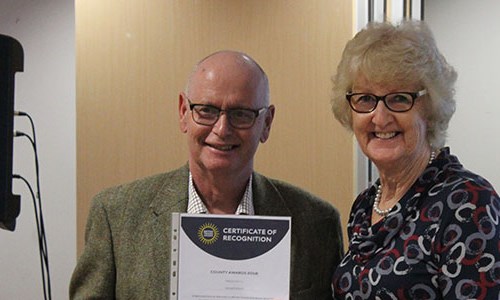