After progressing through the LTA Pro Scholarship Programme, and becoming a mainstay in the world’s top 100, the 25-year-old has notched up a half century of ATP-Tour level triumphs.

1 – Number of ATP Tour finals reached by Norrie. In 2019 he advanced to the final of the Auckland Classic ATP 250 event where he was beaten by American Tennys Sandgren 6-4 6-2.

2 – The number of years it took Norrie to reach an ATP 500 semi-final after turning professional. In 2019 Norrie progressed to the last four of the Mexican Open, defeating Schwartzman, Yoshihito Nishioka, and Mackenzie McDonald to set up a match against second seed Alexander Zverev – which he lost 7-6(0) 6-3.

At the end of last year Cam Norrie became the first player to successfully graduate from the Pro-Scholarship Programme stage of the LTA’s Player Pathway, having reached the criteria for elite support from the LTA by fully establishing himself as a top 100 singles player

Speaking after graduating, Cam said: "It’s a phenomenal scheme... I was lucky, coming out of college, to have that support and have some financial support to help build a team around me and help get myself settled in so I’m not out there by myself. It was a great scheme and I used it to the best of my ability so I’m thankful for that."

47 – Norrie’s win percentage ratio on the ATP Tour in singles. In total the Brit has played 107 matches, winning 50 of them.

77 – The percentage of service games won by Norrie across his career to date on the ATP Tour.

80 – After winning the first set in ATP Tour-level matches Norrie has gone on to win 80% of those contests on the Tour.

492 – The number of aces hit by Norrie during his time on the ATP Tour to date. That’s an average of 4.6 aces per match.

Norrie to break into the world’s top 10

British No.1 Cam Norrie is set to rise into the world’s top 10 for the first time in his career next week as the reward for an impressive run of form over the last few months. 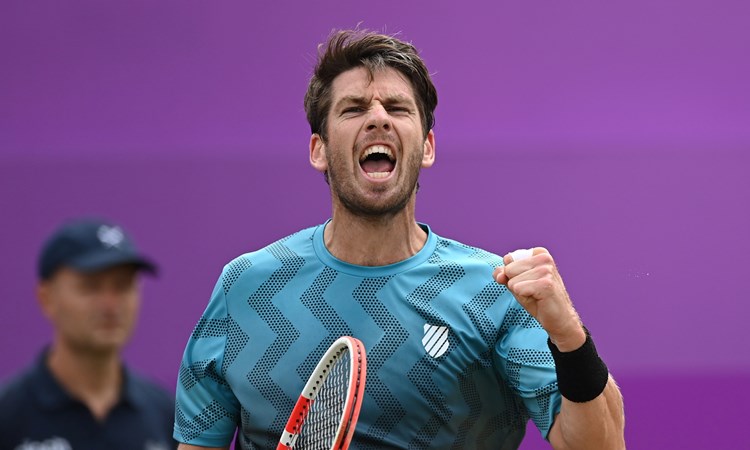