Ben Bartram celebrates a new career landmark this week after the 15-year-old from Sprowston in Norfolk became the third player currently on the LTA’s World Class Wheelchair Tennis Performance Pathway, to attain the world No.1 spot in the junior boys’ ranking.

Bartram’s achievement comes as no surprise as he moved to No.2 in the ranking published by the International Tennis Federation in early December after reaching back-to-back junior singles finals in Turkey. However, with Dutch 18-year-old Niels Vink now too old for junior competition, as of 1 January, Bartram was still overwhelmed by seeing his name at the top of this week’s updated rankings.

One of four players on the LTA’s Wheelchair National Age Group Programme to have attained or equaled career highs inside the top 10 of the new junior rankings, he said, "Words cannot describe how happy I am right now.

"To have number one next to my name in the rankings is huge and to be able to go to future junior tournaments as number one seed is something I’m very proud of. Looking back five years ago when I first started playing I would not, in a million years, have thought I’d be where I am now. I’d like to say thank you to my coaches and everyone else who does an amazing job at the LTA.”

Bartram follows Rio 2016 gold and silver medallists Gordon Reid and Alfie Hewett in attaining the top spot in the junior boys’ ranking, Reid having become the world No.1 ranked junior 12 years ago this week, with Hewett achieving the same at the start of 2013.

After returning from Turkey in late November having won one of his two junior singles finals, as well as having produced some fine performances in senior competition, Bartram competed alongside and against the likes of Reid and Hewett at last month’s LTA Wheelchair Team Battle at the National Tennis Centre, winning four of the five singles and doubles matches he contested just before Christmas.

Among his victories at the NTC he beat two-time Paralympic bronze medallist Lucy Shuker 6-4, 6-2 in singles competition. While he lost to out to French Open and US Open champion Hewett 6-0, 6-2, he completed the event in fine style, partnering Reid to a 6-1, 6-3 doubles victory over Hewett and world No.3 ranked junior Dahnon Ward in the last of 24 matches held over three days.

Reflecting on the Wheelchair Team Battle, Bartram said, “I think I played very well against Lucy and was very smart with my tennis, I knew when to play the right shots and it shows that all the hard work is paying off. I would say that's one of my best wins because of how difficult it was and how I kept my head throughout the match and not let Lucy's style of play get to me.

“When I was younger I looked up to Alfie a lot and still do, especially as we both come from Norfolk. It was great to play against one of my idols. The quality of his shots is just so more consistent, he moves the ball very well and gets me out of position very fast. in the second set I was playing my own game more, being more aggressive and that ended up getting me two games, which I’m very happy about.”

With Hewett and Reid’s respective achievements as juniors including multiple victories in the annual Junior Masters in Tarbes, France and leading Great Britain teams to two Junior World Team Cup titles, Bartram hopes to continue to follow a similar trajectory. While both major events have been moved to September and October, respectively, for 2021, last year’s Junior Masters semi-finalist Bartram, added, “I’m looking forward to hopefully just being able to play more tournaments this year and getting back out on court when we can.

"In terms of the Junior Masters, I definitely want to get to the finals this year and, of course, I would love to win it, but there are a lot of good players out there. And an upgrade on the World Team Cup silver medal we won in 2019 would be great after last year’s event was cancelled.”

Get involved with disability tennis

To find out more about the LTA’s work with disability tennis, visit here or email disabilitytennis@lta.org.uk. 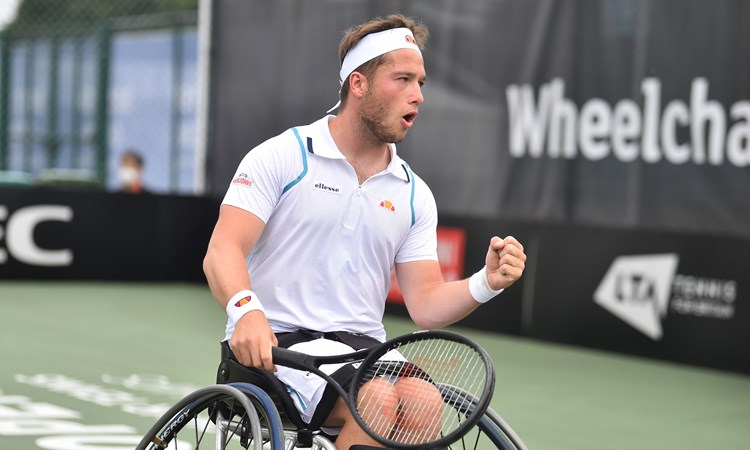