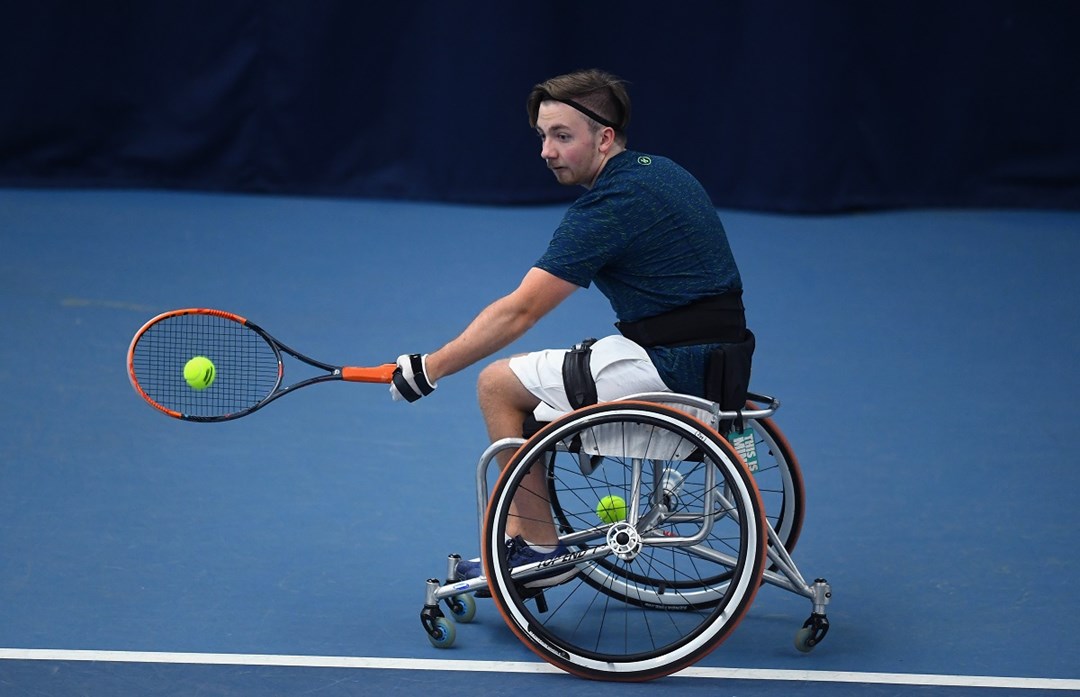 Three new names will be added to the men’s, women’s and quad singles rolls of honour on Saturday when Bath Indoor Wheelchair Tennis Tournament comes to an end.

Dutch 19-year-old Sam Schroder produced the outstanding singles semi-final result after beating world No.1 David Wagner for the first time to reach the quad final. Schroder will be the only player without a seeding in the singles finals after bouncing back from a set down to beat Wagner 4-6, 6-3, 7-5. He will face South African second seed Lucas Sithole for the title after Sithole also beat American opposition, defeating former world No.1 Nick Taylor 6-4, 6-1. 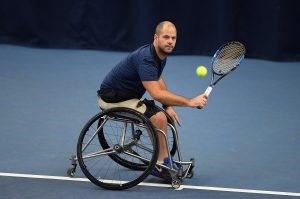 Sweden’s Stefan Olsson will bid to go one better than last year in the men’s singles after defeating Argentinian top seed Gustavo Fernandez in the semi-finals for the second year in a row. After making it back-to-back wins over Fernandez in Wimbledon finals earlier this year, fourth seed Olsson was in tremendous form in their latest meeting and powered to a 6-1, 6-0 victory.

Olsson faces second seed Stephane Houdet in the final after the Frenchman reached his first Bath Indoor final with his 6-4, 4-6, 6-1 win over 2016 champion Joachim Gerard.

While there will also be a new name on the women’s singles trophy this year, for the first time in three years the champion will not hail from the Netherlands, either, after Italian second seed Giulia Capocci beat third seed Marjolein Buis 6-4, 7-5.

However, Buis had better fortunes in the women’s doubles final, pairing up with Japan’s Manami Tanak to earn a 6-2, 6-3 win over second seeds Shuker and Katharina Kruger, ending Shuker’s hopes of a third Bath Indoor doubles crown. 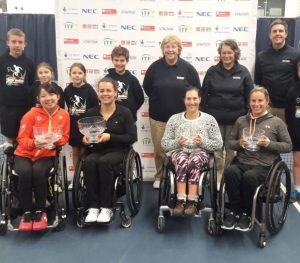 Sithole will hope to finish the tournament with both the quad singles and doubles titles after a thrilling conclusion to Friday’s fourth day of competition. Sithole and Donald Ramphadi ensured that the quad doubles title goes to South Africa after the second seeds edged out Cotterill and Schroder 6-4, 6-7(3), (10-5) in a deciding match tie-break. 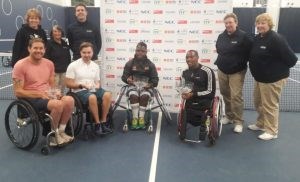 Olsson is also on course for a brace of titles in Bath this year after partnering Gerard to make it a hat-trick of men’s doubles crowns. The Wimbledon finalists and reigning British Open champions produced another fine performance on British soil to beat top seeds Houdet and Fernandez 6-4, 6-4. 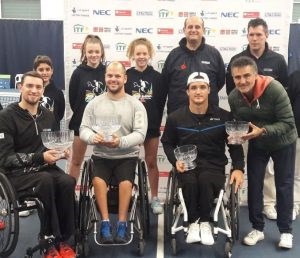 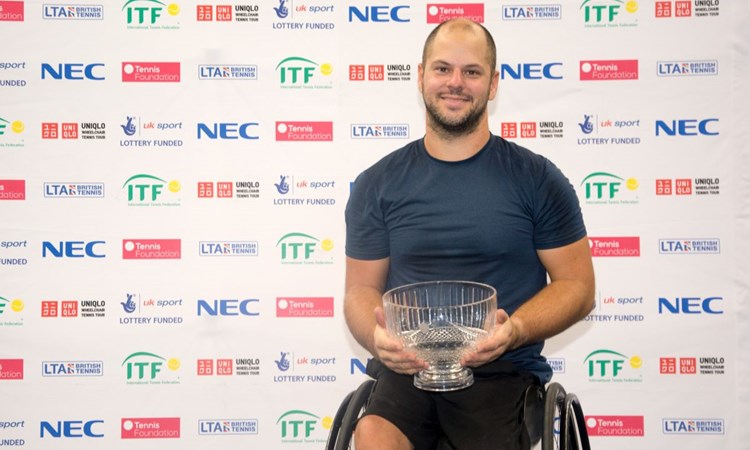