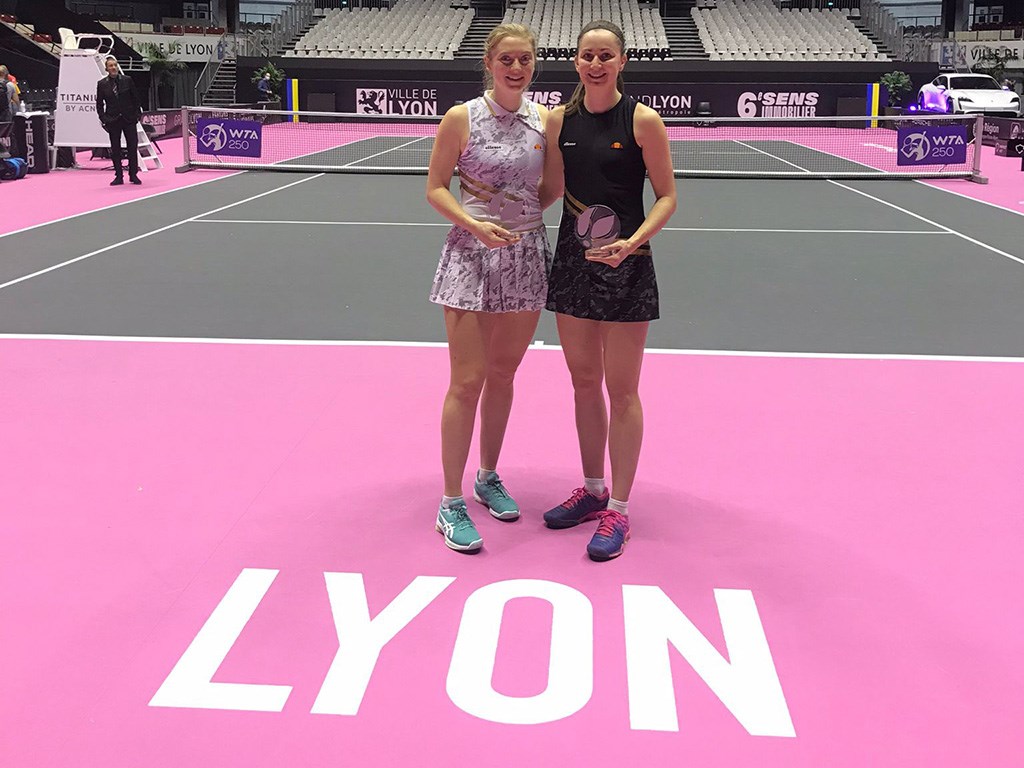 Barnett and Nicholls came through three tough challenges in the early rounds, including an impressive upset against third seeds Irina Bara and Ekaterine Gorgodze and a stunning comeback from 6-0, 4-0 down to beat and fellow Brit Sam Murray Sharan and Ulrikke Eikeri 0-6, 7-6(5), 10-3.

However, the dream debut run unfortunately came to an end in the final, where they lost 7-5, 6-1 battle to Laura Siegemund and Vera Znonareva.

Flying up the @WTA doubles rankings

Reflecting on their first tour final at their maiden event, Nicholls said: “We’ve grafted hard over the past 9 months and consistently been doing well in the ITF challengers. It was a great feeling to earn our spot by merit in a WTA 250 and then perform like we did”.

Both players have since risen to new career high rankings – Barnett at World No.121 and Nicholls at No.129. The pair are now the British No.3 and 5 in the women’s doubles rankings – joined in the top 5 by Tara Moore, Sam Murray Sharan and Heather Watson.

Lucy Shuker’s incredible 2022 season continues to go from strength to strength with another women’s doubles title with Dana Matthewson at the Georgia Open.

The second seeds claimed their latest title with a 7-6(5), 1-6, 10-7 victory over Aniek van Koot of the Netherlands and Zhenzhen Zhu of China. The pair will now head to the ITF Super Series event at the Cajun Classic, with their eyes set on a third doubles title of the year.

On the ITF Tour, there was title success for two all-British doubles pairs. Emily Appleton and Ali Collins won their first W25 doubles trophy together at the Joue les Tours in France, defeating Mona Barthel and Yanina Wickmayer 4-6, 6-4, 10-6.

Meanwhile in the Domincan Republic, Henry Patten won his second title in as many weeks at the M25 Sant Domingo, pairing up with Mark Whitehouse to beat Colin Markes and Keegan Smith 6-4, 6-4 in the final.