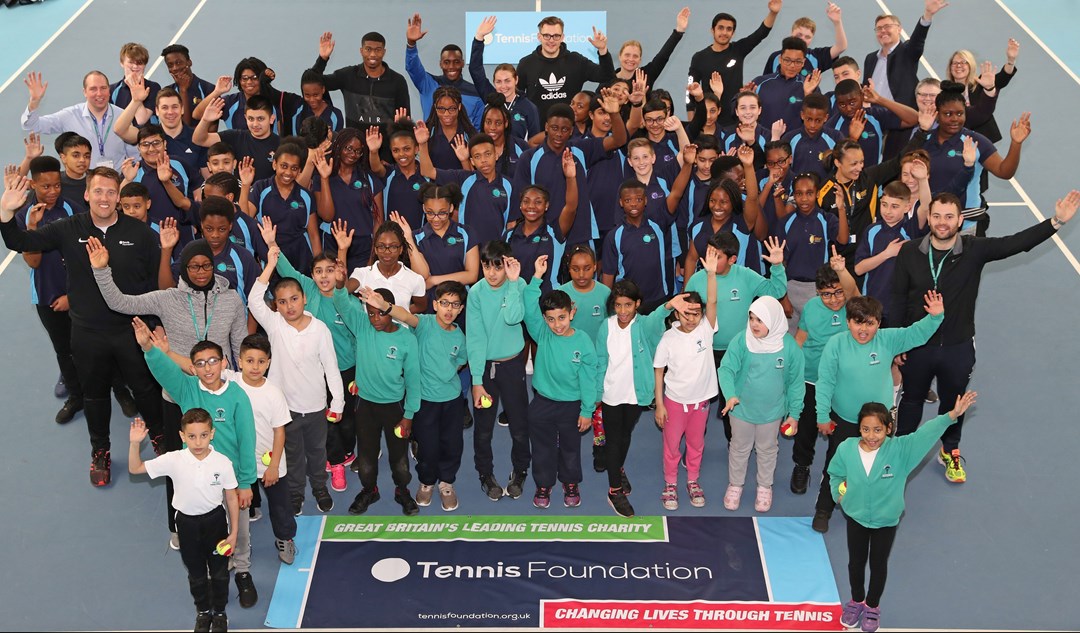 Tuesday will see 50 students and staff from Birmingham schools make a special trip to Wimbledon, as a result of a strategic partnership between CORE Education Trust and the Tennis Foundation that sees the sport being opened up to new people.

The famous grass courts of SW19 couldn’t be further from the communities in which CORE Education Trust’s schools are based, but the trip is the culmination of another 12 months of tennis being used as a tool to enable learning and promote excellence.

As the academic year draws to a close, that visit comes as the CORE Education Trust celebrates their first year with six schools across Birmingham coming under their remit, after starting four years ago with just two.

Having taken a number of those schools from special measures to Ofsted reports of ‘good’ in a short space of time, CORE’s CEO Adrian Packer and Director of Development Cathy O’Driscoll have spoken of the importance of their partnership with the Tennis Foundation.

Set up in 2014, CORE originally took charge of Nansen Primary School and Rockwood Academy in Alum Rock, Birmingham, both of which had been caught up in the Trojan Horse scandal. Keen to support the rejuvenation of the schools, the Tennis Foundation stepped in to offer a helping hand.

“They didn’t have to come forward when they did, but what they saw was an opportunity to engage with children that had never done anything wrong – the issues were about what adults had done,” Adrian said as he explained the Tennis Foundation’s involvement.

“The children were very much victims of what had gone on, but the world of tennis, through the Tennis Foundation, said ‘we’re going to help.’ It’s not just about having a more active lifestyle, it’s saying that their organisation cares about these children, and that’s the reality of what we’ve experienced.” 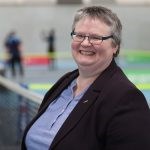 Cathy, whose role as Director of Development entails overseeing the Trust’s partnerships and projects, added to Adrian’s story by detailing the role the Tennis Foundation plays among their schools.

“We have a major strategic partnership with the Tennis Foundation and it started from the inception of the Trust. What we found was that we’re like minded organisations who want to broaden horizons and opportunities, so our partnership has really underpinned our work within the schools,” she said.

“It was a case of identifying something that, in inner-city Birmingham, wouldn’t be a sport or activity that would be the first choice for children to get involved with. But our children have a right to access it and to have the opportunity to learn through it and about it, be-cause tennis is a fantastic vehicle for learning.”

Every school that the Core Education Trust takes care of has developed their own relationship with the Tennis Foundation, providing access to existing programmes but also creating bespoke opportunities and activities across the city.

The Foundation are eager to develop involvement with tennis among schools and young people, with programmes such as School of Tennis helping to engage new players up and down the country.

However, it isn’t just on the court that opportunities present themselves. Tennis provides a diverse range of job prospects and roles, and that’s something that Adrian has also been emphasising in the implementation of the sport across the six schools, reaching more than 4,000 young people.

“My view on tennis is that there are many different benefits – it’s certainly not just about playing the sport because, just like other sports, there are so many aspects to it,” he said.

“In terms of looking at it as a potential career path, there are people who are involved with catering, marketing, business and finance all working within a tennis environment. Our children can look at tennis and think it’s a world they can be involved with as part of their career progression.”

However, as the Chair of the ukactive Kids Council, Adrian is just as enthusiastic about the physical benefits of the sport.

“We also want to promote the idea of physical activity being as important as maths and literacy. Physical literacy really matters to us, and tennis provides that opportunity.

“It’s easy to access and it’s a sport with great tradition – we speak a lot about British values, and you don’t get many sports as British as tennis.”

Although tennis is an accessible sport, Cathy found that it was perhaps not as accessible as it could be for some children at the schools. She therefore raised the issue with the Tennis Foundation, who were able to find a resolution.

“Lots of children were saying how great it was to be playing tennis at school, but that they weren’t going to do it outside of school because they didn’t have the equipment,” she explained.

“The Tennis Foundation have supported the children in getting sponsorship for equipment, and they now have lending libraries where kids can go to borrow rackets and balls to play with over the weekend. Every challenge has a solution.

“It’s about the community seeing that somebody has thought it is worth their while bringing tennis into the area. That’s a really important message we want to get across to young people.”