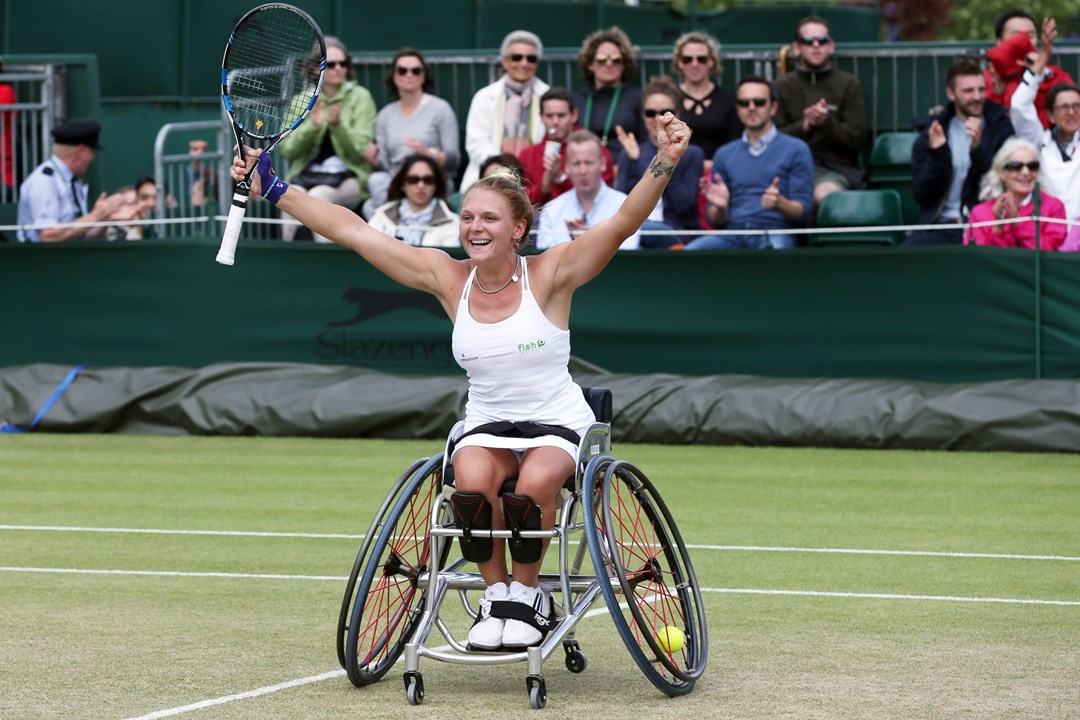 British No.1 Jordanne Whiley and British No.2 Lucy Shuker will meet for the first time in Grand Slam singles competition on Thursday after the draws were made on Tuesday for the inaugural Wimbledon wheelchair tennis singles events.

In the men’s singles, Australian Open champion and world No.3 Reid Gordon Reid will begin his quest to reach his third Grand Slam singles final of the year with a quarter-final against Frenchman Nicolas Peifer. Meanwhile fellow Brit Alfie Hewett will make his Grand Slam singles debut against Belgium’s Joachim Gerard.

“I came here with a mind like, whoever I get, I'm going to have to play anyway.  Obviously I've had ideal draws and not so ideal draws.  I'm pretty pleased with my draw and I'm just going to go out and play my best tennis,” said Whiley. “I know for me this one's the big one.  I really want to do well here.  I'm here to win Wimbledon singles.  For us to be able to showcase our sport to the highest level in the singles event is just absolutely fantastic.”

Reid will face world No.4 Peifer for the second Grand Slam in succession, having won their opening match in Paris last month in straight sets.

“When you look at the field and who's here, it's pretty much the top eight players in the world in both events. There's no such thing as an easy match,” said Reid. “For me, I'm playing Nico, who I played first round at Roland Garros. I have had a pretty good record against him recently. But nothing's guaranteed. As our first time playing singles on grass, it's going to be, I think, who adapts quickest, who comes out fast.”

As well as aiming to make history in the first ever wheelchair tennis singles events, Whiley and Reid will also be looking to add to their Grand Slam doubles titles.

Whiley and Japan’s Yui Kamiji, already seven-time Grand Slam doubles champions, will begin their campaign for a third successive Wimbledon doubles title against Hunt and Buis. That means that at least one Brit will be in the ladies' doubles final, with Shuker and Germany’s Sabine Ellerbrock facing Dutch duo Jiske Griffioen and Aniek van Koot in the other semi-final.

The men’s and ladies' doubles semi-finals are scheduled to take place on Friday.