Ready to back the Brits? Tickets are now on sale for the Davis Cup in Glasgow this September
LTA Home News Whiley claims tenth grand slam title as wheelchair tennis wins at Wimbledon 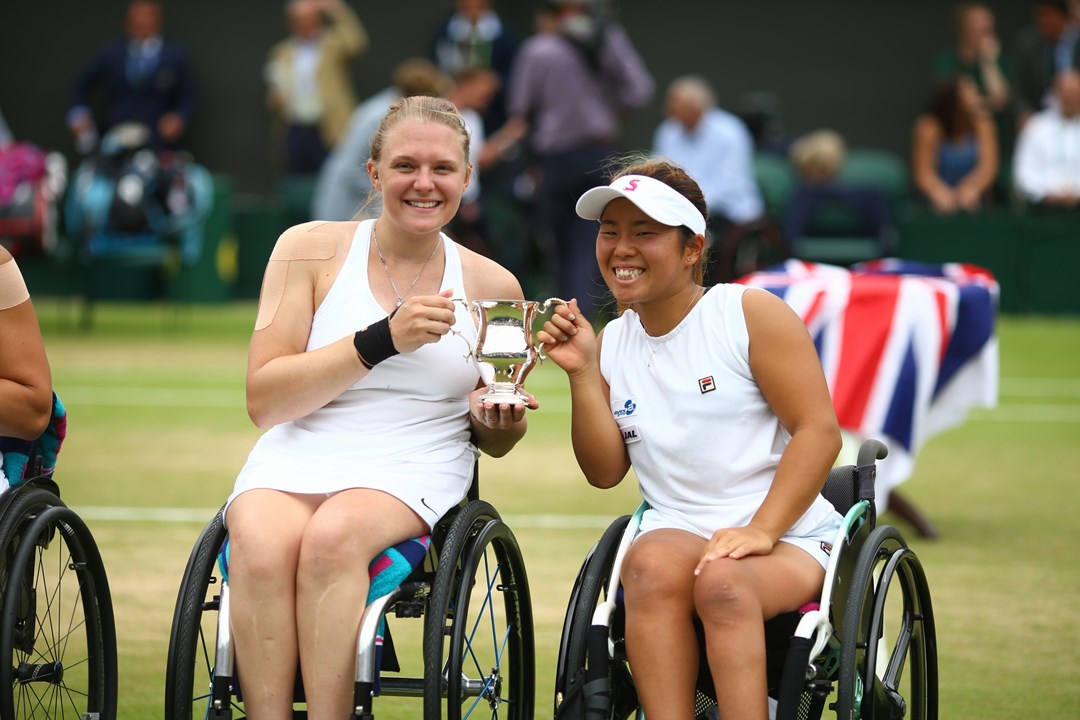 Whiley’s win caps a successful tournament for wheelchair tennis in this country following the Men’s Doubles victory by Alfie Hewett and Gordon Reid on Saturday, coupled with record courtside crowds and high-profile exposure for the sport on the BBC.

Whiley and Kamiji came back from a set down against the Dutch pair of Marjolein Buis and Diede de Groot to pull off an astonishing 2-6, 6-3, 6-0 victory.  The Dutch second seeds and Rio silver medallists took control of the first set and looked on their way to the title before the defending champions broke early in the second set and went on to level the match.

Whiley and Kamiji, who had not played together for a year after illness and injury had kept the Briton out of the sport, appeared to grow in confidence with every point.  They levelled the tie at a set apiece before some phenomenal tennis blew their opponents away in the decider to seal a famous win in front of yet another big crowd on Wimbledon’s Court No.3.

The win, Whiley’s 50th doubles title of her career, was the pair’s fourth Wimbledon Ladies’ Wheelchair Doubles title in a row.  It also saw Whiley reach legendary status within the sport as she equalled Peter Norfolk’s record for a Briton of 10 wheelchair tennis Grand Slam titles.

The Tennis Foundation is Great Britain’s leading tennis charity.  Its vision is to make tennis a sport which is inclusive and accessible to all, and works to open up tennis to its priority audiences of disabled people, young people in education and people in lower socio-economic communities – making it possible for them to enjoy the many health and social benefits of the sport whilst maximising their personal potential.