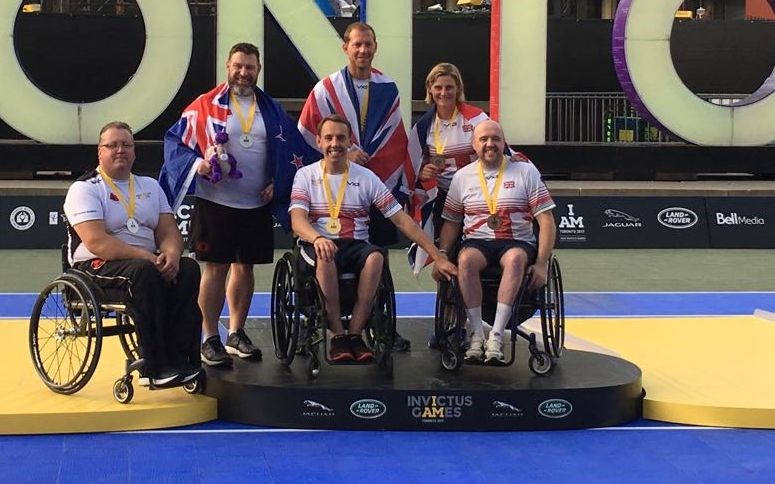 The UK team’s two doubles pairings of Kevin Drake and Alex Krol and Kirk Hughes and Cornelia Oosthuizen claimed a sensational gold and bronze medal haul as the three-day wheelchair tennis competition drew to a close at the Invictus Games Toronto 2017 on Monday night.

Watch highlights of how the medals were won on BBC One's Invictus Games coverage at 8pm on Wednesday night or watch again on BBC iPlayer here.

With a record 10 teams contesting the Invictus Games wheelchair tennis event and each of the UK pairings starting their bid for the medals in one of two round-robin groups of five nations, Hughes and Oosthuizen beat New Zealand’s Jeffery and Tanner 6-3 on Saturday’s opening day of play before going on to beat pairings from Canada and USA 6-0.

In fact, Hughes and Oosthuizen’s only loss in the round-robin phase of the competition came against New Zealand’s eventual silver medallists Barnes and Gibbs, who won 6-1 to top their group. 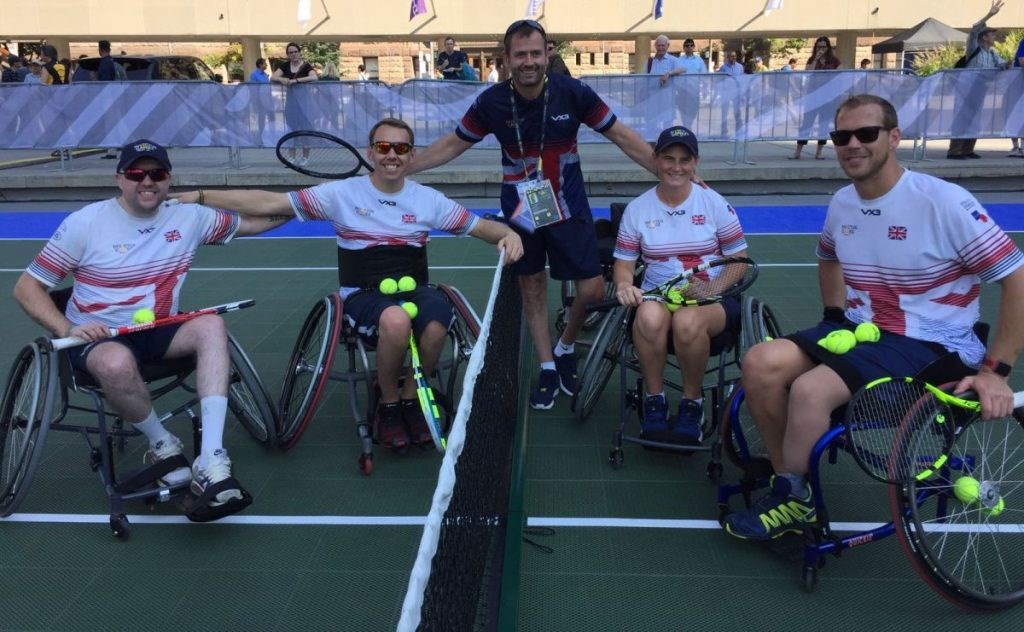 With Hughes and Oosthuizen having finished second in their round-robin group, the scene was set for an all-UK semi-final. It was a contest that Drake and Krol won 6-0, meaning that Hughes and Oosthuizen would play for the bronze medal and they finished their first Invictus Games wheelchair tennis event on a high with a great team performance to beat Australia’s Lawler and Sherman 6-2.

Drake and Krol had a tougher time against New Zealand’s Barnes and Gibbs in the gold medal match. But with Krol and Barnes on opposite sides of the net in the final for the second successive year, the UK duo wrapped up a 6-4 victory.

"Before landing in Toronto the team had good vibes that something special was about to happen. We had all trained smart, practiced hard and competed in national tournaments. All we had to do was keep it together and believe in our own abilities," said Krol, who partnered Andy McErlean to victory in Orlando, USA in 2016, before teaming up with Drake this year.

"Toronto feels like a new beginning for the UK Invictus squad. A platform to grow from strength to strength, we’re all ready for when Invictus gives us the call"

Job done. Strong play today. Toronto it's been a pleasure 🇨🇦🇨🇦😎😎. Gold for me and Kev. Bronze for UK2. Winner winner 🎾🎾🥇🥇 pic.twitter.com/OpmW9QJfA2

The Tennis Foundation is proud to have supported the UK wheelchair tennis team for the Invictus Games Toronto 2017.

The Tennis Foundation has worked with Help for Heroes to send the wheelchair tennis team to Toronto including organising and running the selection and training camps with experienced coaches. They include former player Kevin Simpson who once again travelled to Toronto to coach the UK team.

All players also received expert advice including exercise programmes from our World Class Performance Programme team, with Tennis Foundation Performance Support Manager Cain Berry, who has also been in Toronto to support the UK team.

In total, 550 athletes from 17 nations are competing across 12 sports, including the 90-strong UK team of wounded, injured and sick (WIS) serving military personnel and veterans.

The Games, launched by Prince Harry in 2014, are the only international sporting competition for wounded, injured and sick servicemen, women and veterans.

Thank you for sharing your support for the recovery of our #IG2017 competitors at wheelchair tennis today @meghanmarkle 😊🎾 #InvictusGames pic.twitter.com/j8rleUTTm6

2016 Invictus Games gold medalist Alex Krol is part of a four-strong wheelchair tennis squad again selected to represent the UK team when the Invictus Games Toronto 2017 gets underway on Saturday in Canada.

Krol, who won his doubles gold medal alongside Andrew McErlean in Orlando, Florida in 2016, partners Kevin Drake this time. The UK fields two doubles teams in wheelchair tennis, with Corenelia Oosthuizen and Kirk Hughes beginning their competition in a separate round-robin group to Krol and Drake.

The Tennis Foundation is proud to support the UK wheelchair tennis team for the Invictus Games Toronto 2017. 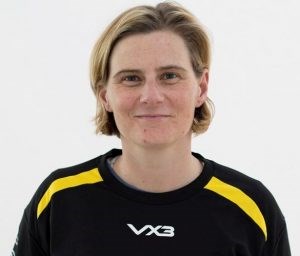 The Tennis Foundation has worked with Help for Heroes to send the wheelchair tennis team to Toronto including organising and running the selection and training camps with experienced coaches. They include former player Kevin Simpson who once again travels to Toronto. 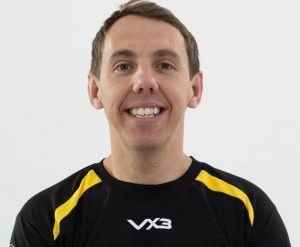 Alongside training camps some of the players have also gained match practice by competing at National Wheelchair Tennis Series events this year. 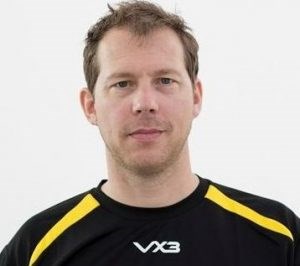 A record 10 teams will contest the wheelchair tennis medals in Toronto.

Krol and Drake will play doubles partnerships from Australia, Canada, Netherlands and New Zealand in their round-robin pool. 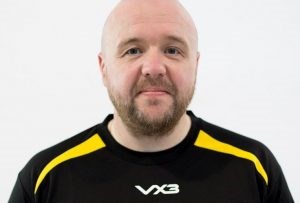