LTA Home News The Murray brothers' route to World No.1

The Murray brothers' route to World No.1

With a total of 12 titles under their belt, it’s clear that 2016 has been a phenomenal year for Andy and Jamie Murray, with each finishing as World No.1, in singles and doubles respectively.

As the nation revels in this golden era of British tennis, we look back at the journey each brother has taken to reach the top.

Having started playing tennis aged three and establishing their passion for the game on their local courts, Andy and Jamie’s talent quickly became apparent.

Their first success on the international stage came at the Junior Orange Bowl in Florida, where Jamie was runner-up at the age of 12. Andy soon followed and went one step further to win the tournament.

After making names for themselves on the Junior circuit, the Murrays soon turned professional; Jamie in 2004 and Andy in 2005. 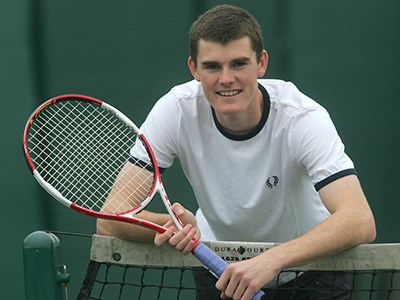 Jamie won his first professional title (partnered with Colin Fleming) at the Futures tournament in Nottingham in 2005. Their winning streak continued, collating a further four Futures and four Satellite titles, earning the team a wild-card and first senior appearance at Wimbledon in 2006.

Not to be outdone, Andy made his Davis Cup debut in the same year as turning professional, making him the youngest ever player to represent Great Britain, aged just 17 years old. February 2006 was also a pivotal moment as Andy ended Tim Henman’s seven-year run as British No.1.

The following years saw both Murray brothers climb the rankings, with Jamie making it into the world’s doubles top 50 and Andy becoming World No.10 in 2007. 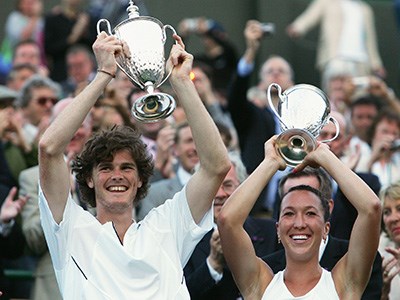 That July, aged just 21, Jamie became the first Briton in 20 years to win a senior title at Wimbledon when partnering with Jelena Jankovic to take the mixed doubles trophy. "I don't know if it's sunk in, but it feels pretty good," said Jamie at the time.

Andy continued to build on his success by taking his first Masters title in Cincinnati in 2008 and then in 2009 he won the Aegon Championships. In doing so, he became the first British winner of the tournament since 1938. "I played some of the best tennis I've ever played in my life," said Andy.

Andy went on to reach his first grand slam final at the US Open in 2008. 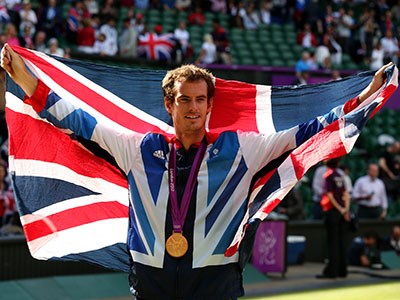 The London 2012 Olympics was a Murray affair, with Andy and Jamie partnering in the doubles. Andy reached the mixed doubles final with fellow Brit Laura Robson where they took home the silver medal.

Not satisfied with just silver, Andy made history by becoming the first British man to win gold since 1908 after beating Roger Federer in the final. "It's number one for me – the biggest win of my life," said Murray. Winning the US Open for the first time months later cemented Andy’s place at the top of the men’s game, ending the year with three titles.

Hungry for the Wimbledon title, after coming up just short a year earlier, Andy returned with vigour in 2013. He played out a dramatic men’s singles final against World. No.1 Novak Djokovic to win 6-4, 7-5, 6-4 and claim his second major title, following in the historic footsteps of British tennis legend Fred Perry. Spurred on by the crowd, Andy said: "The noise levels during the whole match were just incredible."

The Start of a Golden Era 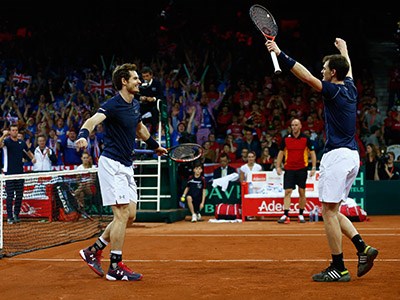 2015 was a momentous year for British tennis, with both Andy and Jamie playing key roles in driving the Aegon GB Davis Cup Team to victory in Ghent. This was the first time Great Britain had won the Davis Cup in 79 years. Andy said: "I just can't believe we did it. I play some of my best tennis when I'm playing for my country." Jamie added: "It's by far the biggest achievement of my career."

The dedication and commitment from both Andy and Jamie over the past 17 years has culminated in one of the most incredible years in the history of tennis in Great Britain. 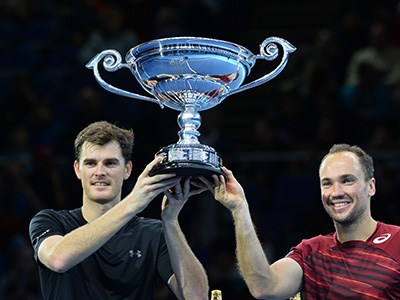 Jamie partnered with Bruno Soares in January and flew through the ATP World Tour circuit. They won two of the four grand slams at the Australian Open, US Open and picked up a third title at the APIA International Sydney. Jamie was awarded an OBE in October and said: "It's amazing to be honoured like this for some of the achievements I've been able to do in my tennis career."

Though defeated in the semi-final of the ATP World Tour Finals in November, Jamie and Bruno ended the year as the World No.1 doubles team. "It's very exciting. We've had a great year and won some big tournaments." 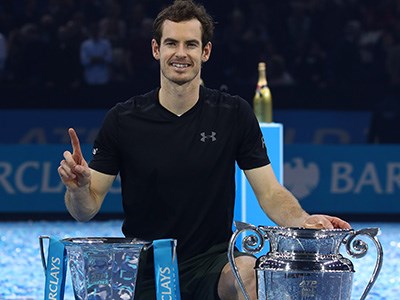 Andy landed nine titles this year, winning the Rome Masters, the Aegon Championships for the fifth time, Wimbledon for the second time and retained his Olympic gold medal in the men’s singles in Rio. Andy went on to have an incredible run by winning five consecutive titles, culminating in beating Djokovic to claim the ATP World Tour Finals trophy and end the year as the World No.1 singles player. "I'm very happy to win and to be world number one is very special," he said after victory in London.

AM turns professional, ranked World No. 64

AM becomes British No.1 in February, World No. 17

JM is World No. 1 (partnered with Bruno Soares)

Get to know the Brits who will be in action at the US Open this year.