The top 16 boys’ and top 16 girls’ school tennis teams from across Great Britain met to compete in a compass draw whereby teams were placed from 1-16. 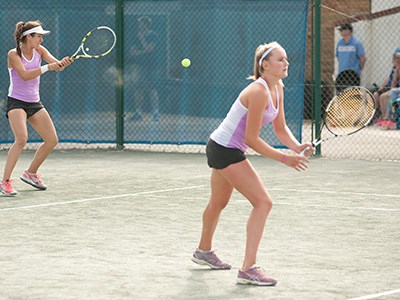 In the final showdown, Talbot Heath No.1 Lauryn John-Baptiste gave them an early lead before Queenswood hit back to take the wins at No.2, 3 and 4.

Talbot Heath were not going to relinquish their title without a fight and pushed both Queenswood pairs to the wire in the doubles but ultimately lost out in both and succumbed to a 10-2 defeat.

View the rubber results from the match 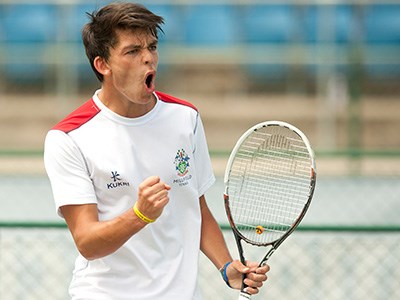 In a repeat of the 2014 final, Merchiston Castle clashed with top seeds Reed’s in the last four and found the Surrey school too hot to handle, suffering an 8-0 defeat.

Millfield School awaited the Reed’s team of Ben Draper, Jack Molloy, Louis Newman, Damian Rodriguez and Barnaby Smith in the final after they defeated Culford, again without dropping a rubber.

Reed’s took a crucial opening rubber when Molloy defeated Nick Brookes 7-6, 7-6 in a high quality match lasting 2h 30m but Millfield bounced back with a strong performance from Jack Burkill at No.3 singles to level the tie.

Newman and Smith impressively put Reed’s back in the lead before Smith teamed up with Molley to seal their 9th consecutive Boys National Championships title with a tense doubles win which was decided in a super tie-break.

View the rubber results from the match

The 2015 National Championships saw over 300 school teams compete in knockout rounds which started in March 2015. The competition is made up of schools from the state and independent sector. Online Entry for the 2016 competition will open in early December 2015 at www.LTA.org.uk/team-tennis-schools