Ready to back the Brits? Tickets are now on sale for the Davis Cup in Glasgow this September
LTA Home News National Lottery to become Official Partner to LTA’s Wheelchair World-Class Programme

The partnership will provide crucial support to the current elite level of the sport as they prepare for Tokyo 2020 and also look to encourage more juniors, men, women and quads to pick up a racket for the first time, feeding into one of the most successful disability sport programmes in the UK.

The deal has been made possible by an innovative commercial partnership with The National Lottery. As part of the agreement, The National Lottery will be acknowledged in a variety of ways, such as on-site brand integration, creating a range of exciting content opportunities, various off-court experiences and tickets to other LTA events.

Players of The National Lottery have played a crucial role in supporting both elite and grassroots sport across the UK since it was established in 1994. This support has ensured the UK is one of the world’s leading Paralympic nations – with ParalympicsGB finishing 2nd in the medal table at Rio 2016. Great Britain finished top of the wheelchair tennis medal table in Rio winning 33% of the available medals for the Paralympic Tennis Event, and this doubled the medal haul compared to London four years earlier. As an extension of this elite support, wheelchair tennis players who already benefit from National Lottery funding, include Rio medallists Gordon Reid and Alfie Hewett. The new partnership will further extend this support for Wheelchair Tennis.

The announcement was made as the entries for the ITF Loughborough Wheelchair Open (23-27 March) were confirmed. This will be the first international tennis event staged in Britain in almost a year, since the coronavirus pandemic struck. The women’s singles includes two of the four best players in the world: No.3 Aniek Van Koot and Great Britain’s Jordanne Whiley (the defending and three-time women’s singles champion), with ten different nations represented. The men’s singles features 10 of the world’s Top 20, players from 12 countries making up the 28-player draw, spearheaded by Britain’s top two, Alfie Hewett world ranked No.3 and former two-time champion Gordon Reid at No.5. Meanwhile world ranked No.2 and former champion Andy Lapthorne leads the quad singles.

Helen Reesby, LTA Head of Performance Operations and Wheelchair World-Class Pathway said, “The LTA is excited to partner with the National Lottery to be the Official Partner of our Wheelchair World-Class Programme. This will enable us to grow the existing wheelchair performance pathway whilst allowing for the development of an ‘Entry Level Talent Initiative’ to inspire the next generation, open up disability sport to more people and develop a greater number of elite players to Grand Slam and Paralympic success.”

Sports Minister Nigel Huddleston said, "This is very welcome news for one of our most successful disability sports. By coming forward and offering this innovative partnership, The National Lottery will help the LTA deliver a bigger and better programme, as we go into the final six months before the Tokyo Games."

Nigel Railton, Chief Executive of National Lottery operator Camelot said, “Every day, The National Lottery and its players make a huge difference to communities across the UK – and have been doing so since 1994. This clever partnership demonstrates how by working together we can help a sport to grow and benefit even more people in society. National Lottery players can be enormously proud of the difference they make to wheelchair tennis and to many sports in this country.” 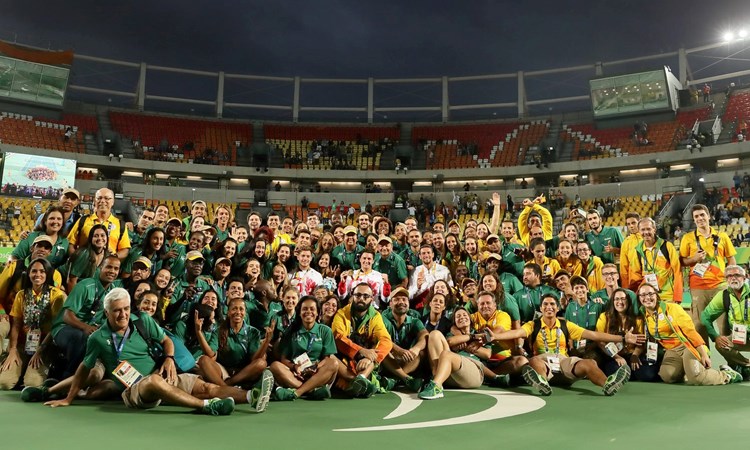