Ready to back the Brits? Tickets are now on sale for the Davis Cup in Glasgow this September
LTA Home News National Bank Open 2022: UK TV times, live stream, draw and location 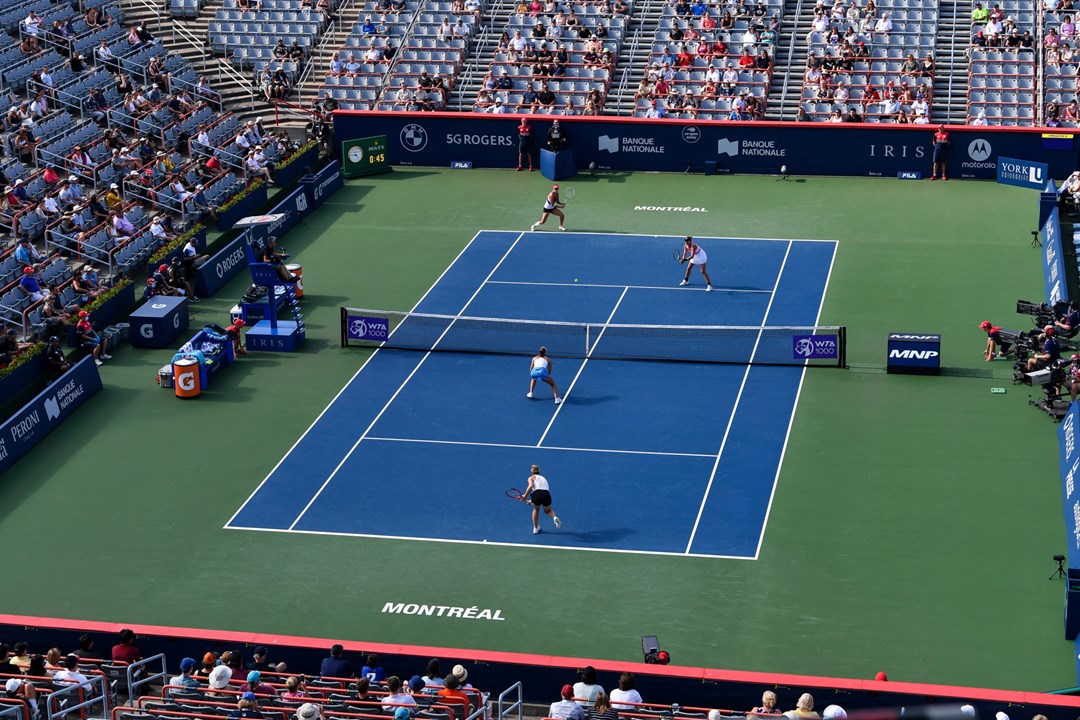 From the grass to the hard courts – the tennis calendar now moves State-side as the world’s biggest stars prepare for the US Open at the end of the month.

Qualifying for the National Bank Open will take place between Saturday 6 August and Sunday 7 August.

First round matches in the main draw will get underway from Monday 8 August through to the finals day on 14 August.

Where is the National Bank Open 2022 being held?

The National Bank Open is unique in that the men’s and women’s events are held in two different cities. This year, the WTA tournament will take place in Toronto at Sobeys Stadium. Built in 2004, the stadium has a 12,500-seat capacity with another 11 smaller courts around the complex.

The ATP event on the other hand, will take place at the IGA Stadium in Montreal. The centre piece of a 12 court, state-of-the-art venue, the stadium can seat up to 11,815 fans.

Which British players will be competing in the National Bank Open 2022?

Looking back to her best as she returns to the hard courts, nineth seed Emma Raducanu heads to Toronto eager to continue the form she’s found at the Citi Open. The 19-year-old is set to play at the National Bank Open for the first time in her career in a star-studded women’s singles line-up. 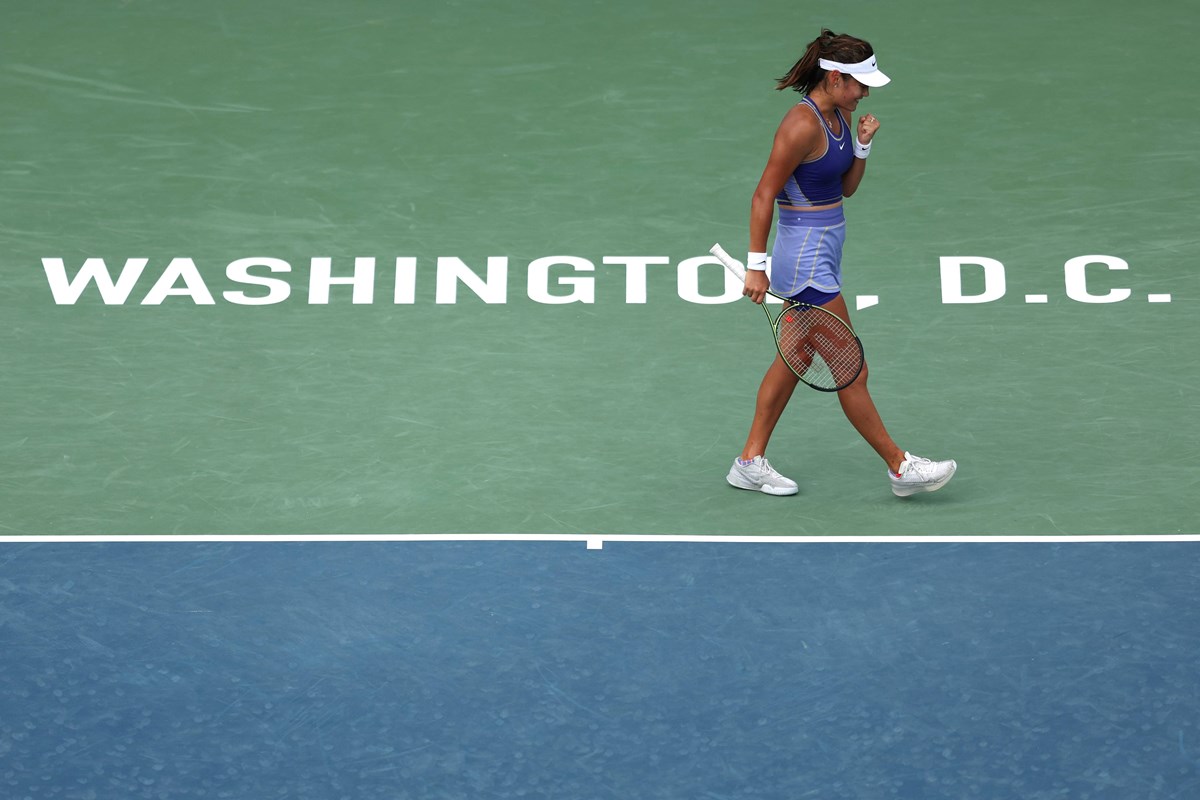 Cam Norrie comes in as the 10th seed for the men’s singles in Montreal, coming off the back of his impressive semi-final run at Wimbledon, as well as another successful week at Los Cabos. He’ll be joined by British No.2 Dan Evans, who has returned to form this week in Washington, knocking out world No.13 Taylor Fritz to reach the latter stages of the tournament.

Completing the men’s singles line-up is Andy Murray, who has received a wild card to compete in Canada next week. Murray – who broke back into the world’s top 50 this summer – is a three-time former champion, with his most recent triumph coming in 2015, where he defeated Novak Djokovic in the final 6-4, 4-6, 6-3.

Jack Draper is set to lead the British challenge in the men’s qualifying this weekend, while Harriet Dart and Heather Watson will be hoping they can fight through the women’s qualifying rounds.

World No.1 Joe Salisbury returns to Canada to defend his men’s doubles title with Rajeev Ram. The pair claimed their first ATP 1000 title at the event last year, defeating Nikola Mektic and Mate Pavic 6-3, 4-6, 10-3 in the final. 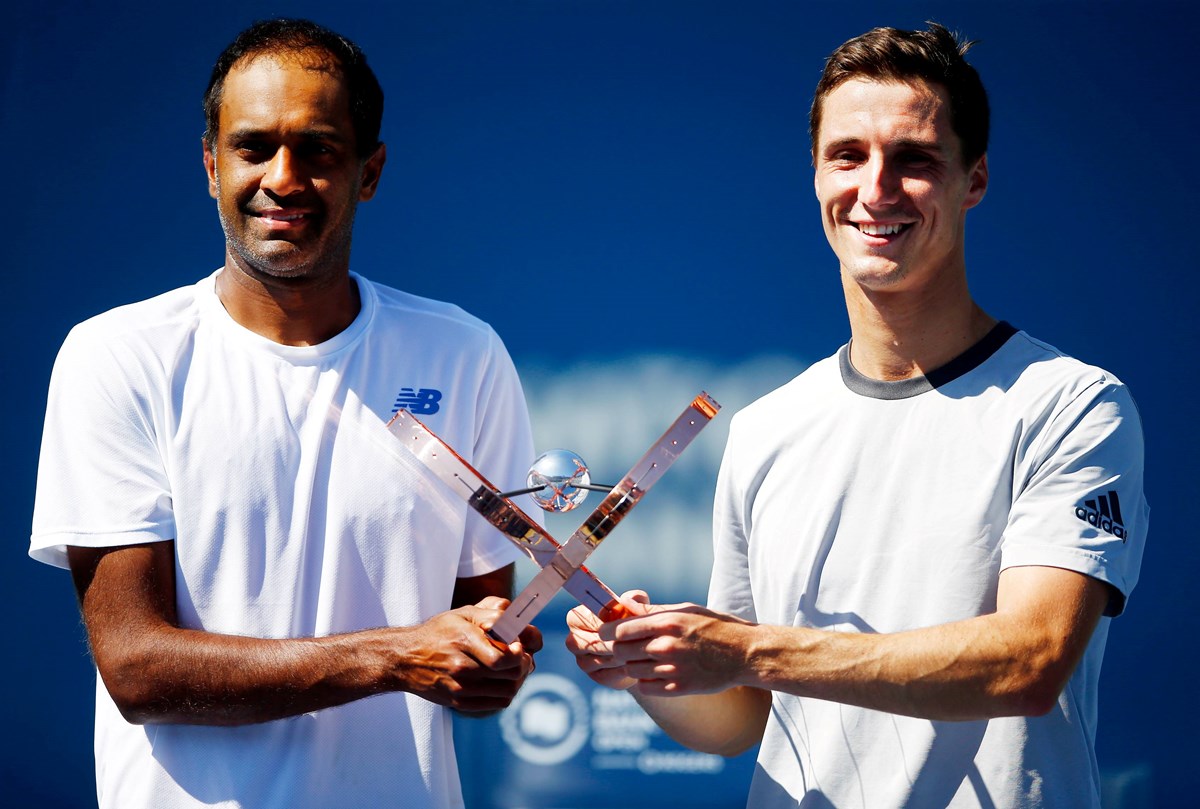 2022 dream team Neal Skupski and Wesley Koolhof come in as the third seeds as they look to build on their five titles already this season – including the ATP 1000 in Madrid.

Elsewhere, Jamie Murray and Bruno Soares come in as slight underdogs, however, the duo boast an impressive record on hard courts and will be ones to watch out for next week. Every team will be looking to avoid the in-form Lloyd Glasspool and Harri Heliovaara, who claimed their second ATP title in Hamburg just two weeks ago.

Who are the National Bank Open reigning champions

When is the draw for the National Bank Open 2022 taking place?

The full draw will be available on Friday 5 August.

UK coverage of the National Bank Open 2022 will be broadcast live exclusively on Amazon Prime Sport.

Coverage for the day sessions in the opening rounds will begin from 5:00pm UK time.