This is a strategic move to benefit both the growth of tennis and padel in the UK, and forms part of the LTA’s five-year plan to grow the game by offering formats that are easier to play.

Padel tennis, which is growing rapidly all over Europe, is played on an enclosed court about one third the size of a tennis court. The rules are the same as tennis, played with the same balls although serving is under-hand and the walls are used as part of the game. Padel is a very social sport, always played as doubles and easy to pick up. Not being power dominant means it caters to all levels of play and age groups. Professional stars Rafael Nadal, Novak Djokovic and the Murray brothers are all known to play padel.

The LTA sees many advantages to incorporating padel into its operations as it has helped many other European federations to recruit and retain people of all ages into tennis. It will work with clubs, parks and tennis centres to support them in building membership numbers and regular players. In joining forces with the LTA, padel will benefit from the LTA’s experience of making improvements to the British competitions calendar and enhancing coach accreditation and education processes. It will also have access the LTA’s facility grants scheme.

Tom Murray, Founder of British Padel, will assume a new role within the LTA as Head of Padel, having been an executive director of British Padel since 2012 with more than ten years’ experience in the sports management and banking sectors. He is also a former professional tennis player.

The LTA plans to build three padel courts during 2019/20 to add to the number of existing playable tennis courts at the National Tennis Centre in Roehampton. They will have multiple purposes including elite player use, coach education provision and community use.

The origins of Padel can be traced back to the 1960s in Mexico, where in 1974 it travelled to the south coast of Spain and became a sporting sensation. In 1993, the Sports Council of Spain recognised Padel as a sport whilst changing the spelling (from Paddle to Padel) for pronunciation purposes in the Spanish language. Now approximately six million people play in Spain and a number of other tennis federations, such as France, Italy, Belgium and Holland have already incorporated padel into their competition structures and operational delivery.

“We are delighted to bring British Padel into the LTA family. We want to open tennis up to as many people across the country as we can and a key element of our strategy to do this is to introduce innovative formats of the game which will help to retain existing players and create a simpler route for new players into our sport. I am sure that with the LTA’s support, padel will offer new and exciting opportunities for clubs, parks and tennis centres in Britain.”

“I’m excited to be working with the LTA and look forward to embarking on this exciting project. This is a big step for padel as it means achieving official recognition for the sport, which will lead to new opportunities for tennis and squash clubs, leisure facilities, players, coaches, and entrepreneurs throughout the UK.”

Find out more information about Padel and how you can get started, or view the LTA's full Padel Development Plan.

LTA Announced as the National Governing Body for Padel

The LTA have announced that padel has now been officially recognised as a discipline of tennis in Britain, with the LTA being confirmed as its national governing body. 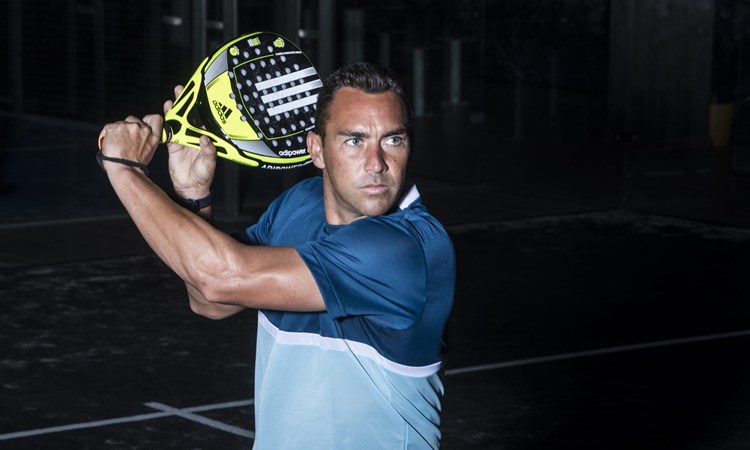