LTA Home News Johanna Konta the most improved player of 2016

Johanna Konta the most improved player of 2016

British No.1 Johanna Konta has been announced as the WTA’s Most Improved Player of 2016, according to a poll of her peers as well as fans and international tennis media.

Jo was shortlisted for the award alongside Laura Siegemund, Monica Puig and Kiki Bertens and was confirmed as the winner on Friday. 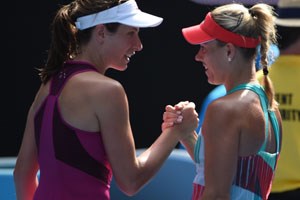 The 25-year-old who recently became the first Brit in 33 years to break in the WTA’s Top 10 has enjoyed a scintillating year which began with a run to the semi finals of the Australian Open last January.

Ranked 47 in the world at the beginning of 2016, Konta has since gone on to capture her first WTA title, beating former World No.1 Venus Williams in the final of the Stanford Classic in California in July.

In 10 matches against Top 10 players in 2016, Jo has won six encounters, and also has a 12-2 record in tie-breaks – the second best on the WTA tour this season. 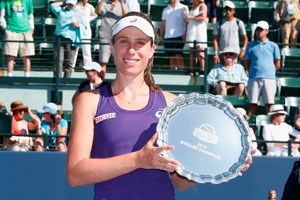 Meanwhile, Jo narrowly missed out on qualifying for the WTA Finals in Singapore (October 23-30) after Svetlana Kuznetsova's win in the Kremlin Cup in Moscow on Saturday.

Konta was beaten to the eighth and final qualifying spot in the tournament after Kuznetsova's win, but she is in Singapore with the other finalists and will compete if any player withdraws.

From last night with my @WTA Most Improved Player Award. Thank you again! 👗&👠 @lkbennettlondon 📸 @GettySport pic.twitter.com/zQYU7TLkVh 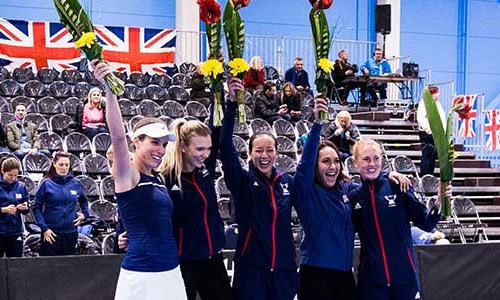 Murray to meet Wawrinka in first round

French Open Draw 2020: Murray to meet Wawrinka in first round