Humans of the Court: Neil’s Story

Humans of the Court is a series on Instagram from the LTA, bringing you real life stories from those who make tennis in Britain what it is.

For Neil Rossiter playing tennis isn’t just a release, it’s a form of medication. Being on the court is the only place where he feels ‘pain free.’

After a serious accident left him needing to use a wheelchair Neil was advised by a neighbour to try wheelchair tennis.

And he’s fallen in love with the sport to such an extent that he’s gone on to become an LTA-accredited coach at Grantham Tennis Club, in Lincolnshire.

“I was about eight years old when I first played tennis, it was the summer and I lived in Winchmore Hill, London.

“Tennis wasn’t a sport I played throughout my childhood though, I was more into bikes and American cars.

“After my accident, my neighbour suggested I give wheelchair tennis a try. I’d never even seen it on TV, never mind contemplated playing it.

“One day I decided to give it a try and everyone was so welcoming. It was the first time I’d seen disabled people competing with able bodied players and I thought, ‘I could do that!’

“When you’re on court and concentrating on the game, all your pain goes out of the window. It’s the only time I am completely pain free.

“It’s one of the only places where there’s no agenda, you feel comfortable and at ease. People don’t talk to you because you’re in a wheelchair, they see a tennis player first.

“The bravest thing people can do is get through the door and pick up a racket.”

To find out more about disability tennis and how to get involved, click here. 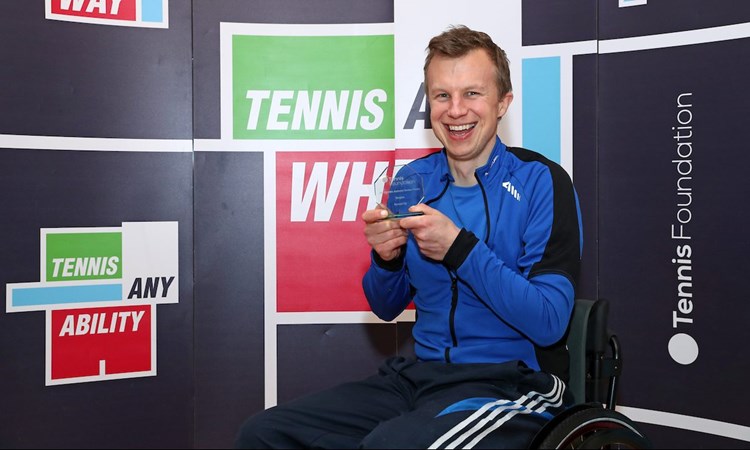