Ready to back the Brits? Tickets are now on sale for the Davis Cup in Glasgow this September
LTA Home News History Makers: Ted Tinling

Tennis player, author, spy and personal referee to the legendary Suzanne Lenglen – it’s safe to say that Ted Tinling was a man of many talents.

Ahead of his time in many senses of the phrase, Tinling was arguably most famous for the design and creation of some of the most iconic outfits that the tennis world has ever seen.

Born in 1910, Tinling was an openly gay man whose love for the game actually began in the French Riviera. Having grown up in Eastbourne, Tinling was sent to the south of France by his family the orders of his doctor who suggested it would help with this asthma.

Upon arrival, he joined the local tennis club in Nice, where he would first meet the 21-time singles and doubles Grand Slam champion Lenglen. During his time at the club, Tinling got talking with Lenglen’s father at the club and he was invited to umpire one of her matches.

In between a short career as a player, Tinling soon became Lenglen’s personal referee and travelled the world with her for two years, which would eventually bring him to Wimbledon for the very first time in 1927.

Inspired by the visit, he took on a position at The Championships as a player liaison for 23 years, having also served in the British Intelligence during the Second World War.

But even as a child, Tinling had been drawn to fashion and it was no surprise that this was where his destiny would lead him.

At the age of five, he was drawing scarves for British soldiers in the First World War and by 15, his mother had gifted him a sewing machine, which he used to patch and mend their family’s clothes.

Later referred to as the ‘leaning tower of pizzazz’ by American tennis journalist Bud Collins, Tinling gave up his position at Wimbledon and began his path to becoming a designer.

Tinling’s dresses and artistic flair were like nothing the tennis world had seen before. His visions of bright, colourful and individualistic designs were revolutionary and quite often sparked controversy.

In 1949, Tinling was at the centre of one of Wimbledon’s biggest media firestorms. This was only the third time that he had attended The Championships as a fashion designer and he had been working on a uniquely styled dress for American player Gertrude Moran – the likes of which had never been seen at the tournament before.

The dress itself was deemed ‘too inappropriate’ and not fitting within the strict dress code, which resulted in Tinling being banned from the event in the future.

This wouldn’t be the last time that Tinling would step out of line in the pursuit of the spectacular. Having made a return to Wimbledon, in 1962 he once again caused a stir with the outfit he created for Brazilian star Maria Bueno.

Bursting with coloured petals, the dress she wore all the way to the semi-finals would eventually lead to the All England Lawn Tennis Club releasing a statement to say that players must wear ‘predominantly white’ in future tournaments.

In the 70s, he was hired to work with the players on Virginia Slims circuit as their exclusive designer, producing stylish clothing for the likes of Virginia Wade, Martina Navratilova, Chris Evert, Evonne Goolagong.

Tinling’s most famous work came in 1973 when he was entrusted by his close friend Billie Jean King to design her dress for the iconic ‘Battle of the Sexes’ match with Bobby Riggs. As a gay man himself during a time of oppression, Tinling played his role in one of the landmark moments in the fight for equality across the sport.

His sequined styled dress captured the eyes of the tens of thousands of people in the Houston Astrodome, as well as the millions at home watching on TV, and will forever hold its place in tennis and fashion history.

Later in life, Tinling busied himself with writing and soon gained a reputation as one of the leading experts in the women’s game.

His tales and stories from his time on the tour became stuff of legend, provoking Philippe Chatrier to once say; “For me, he's is one of the greatest historians of our sport; when I need advice, when I need to make an important decision, I always ask him.”

As an author, Tinling also discussed the difficulties and challenges that he faced as a result of his sexuality and how he found his purpose through tennis.

In his 1985 book ‘Tennis Confidential’ he said, “I've always been openly gay. When I was in the British army during World War II, President Eisenhower himself sent me a memo forbidding me to leave my headquarters to go officiate in an exhibition tournament in Algiers. A message that said: 'War is for Men. Tennis is for Women...’ that day that I realised that tennis would be all my life.”

An inspiration to so many within the game and the wider world, Tinling was inducted into the International Tennis Hall of Fame in 1986, but sadly passed away four years later with continued respiratory health problems.

Without the influence of Tinling and the manner in which he continuously pushed the barriers of what was accepted, the game of tennis certainly wouldn’t be the same today. The modern players, dressed head to toe in the latest designs and colours, expressing themselves out on court, owe an awful lot to one of the game’s greatest trailblazers. 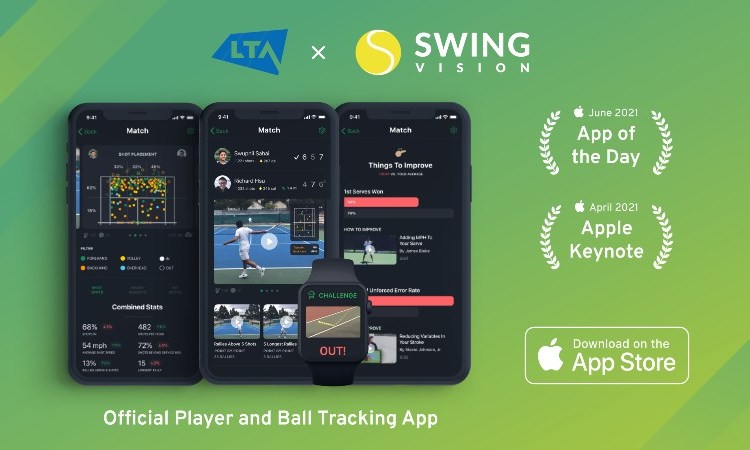 Steve’s story: "Tennis helped me turn my life around"

Following a battle with addiction spanning two decades, Steve McCann has rediscovered his love for tennis as he continues his recovery.