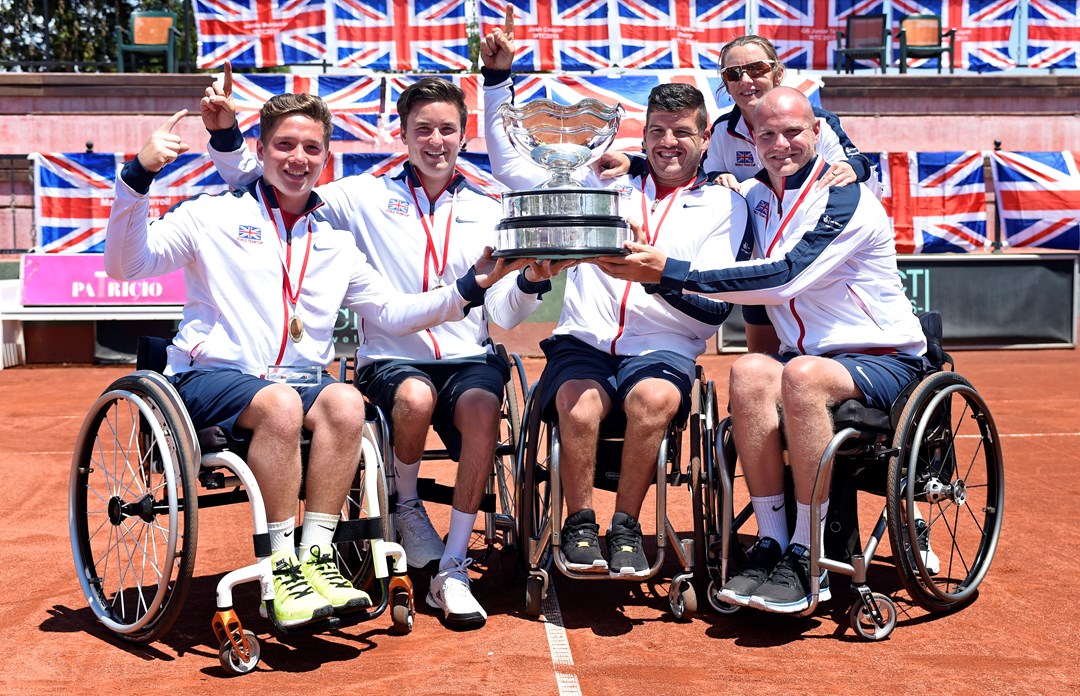 Great Britain and the Netherlands completed 2015 tied on 863 points, with the annual award being shared for the first time since a wheelchair tennis category was first introduced into the Tennis Europe calculations in 2001. Points are awarded according to final results at the BNP Paribas World Team Cup and the number of players a nation has in the top 50 of the men’s and women’s singles and doubles rankings and the top 20 of the quad singles and doubles rankings.

Great Britain made history at the 2015 World Team Cup, winning the men’s World Group for the very first time, while Great Britain won bronze in the women’s World Group. In total players on the Tennis Foundation’s Wheelchair Tennis World Class Programme won a total of 78 international singles and doubles titles in 2015.

“2015 was a fantastic year all round for British tennis and personally, being a part of history at the World Team Cup, winning my first Grand Slam titles and gaining my first world No. 1 senior ranking. It will be a season I will never forget and to start Paralympic year with this news will hopefully boost us again as we work towards Rio 2016,” said world No.5 Gordon Reid, who followed gold medal success at the World Team Cup by winning the men’s doubles at Roland Garros and the US Open, before victory at the Doubles Masters earned Reid the year-end world No. 1 men’s doubles ranking.

“In 2015 I think we showed that Great Britain is challenging for all the major honours in wheelchair tennis like never before and it was certainly an amazing year for me. The Netherlands have always been very strong in the women’s game and I’m extremely proud of my performances to win my first Grand Slam and Super Series singles titles, beating top Dutch opposition to win both,” said Whiley, who also took her tally of Grand Slam doubles titles to six in 2015.

“I’ll be doing all I can to turn that success into gold medals in Rio and the inaugural Wimbledon singles title. Hopefully 2016 will be another great year for British wheelchair tennis.”

“Every year we are gaining new ground on the other top wheelchair tennis nations in all aspects of the sport and I’m very proud of the unprecedented success players on our World Class Programme had and contributed to in 2015,” said Geraint Richards, the Tennis Foundation’s Head of Disability Player Performance.

“In years gone past emulating the Dutch success was something we aspired to and with the continued and invaluable support of UK Sport funding through the National Lottery we will continue striving for excellence against ever strong challengers from around the world and aim to arrive at the Rio Paralympics as best prepared as we can to challenge for medals.”