Clarke and Walters honoured by Queen for services to tennis

The outstanding contributions to tennis of two volunteers from Wales have been recognised by Queen Elizabeth II in her 2020 Birthday Honours’ List which was published today.

Both the LTA and Tennis Wales offer their congratulations to Stephen and Glyn on their thoroughly deserved awards in recognition of everything they have done for our sport and their communities.

Stephen Clarke - for services to Tennis in Wales

Stephen’s contribution as a volunteer in tennis began in 1987 when he became Secretary of Cardiff Tennis Club, a role he held for seven years before becoming Chair of the club for six years.

While sitting on the club’s committee for a total of 15 years, Stephen worked hard to get more adults and young people from the area into tennis, and to improve the facilities available to the local community.

As his involvement within the sport grew, Stephen joined the South Wales Tennis Committee from 1988, sitting on the committee until 2014, holding the position of Secretary for six years and Chair for a further six years.

Stephen also joined the board of the Welsh Lawn Tennis Association (which would go on to become Tennis Wales) in 1991, retiring in April 2019 after 28 years, including six as Chair.

While on the Tennis Wales Board, Stephen made a number of significant contributions, including stepping in as temporary Chief Executive for six months. He was also responsible for sponsorship, and raised around £2million to support the development of new tennis facilities in Wales, and provide financial support to some of the country’s top players, including some who went on to compete at Wimbledon.

In addition to his role on the Tennis Wales board, Stephen was also a long-serving LTA Councillor, and after being elected in 1996 to represent Wales he would hold the post until 2018, serving on numerous committees, panels and groups.

In recognition of his service to the sport, Stephen was presented with the LTA’s Meritorious Service Award in 2019, and also received the Tennis Wales Lifetime Achievement Award.

Reacting to today’s announcement, he said: “After 33 years of being a tennis volunteer it’s not only a great personal pleasure to be honoured in this year’s Birthday Honours List but an acknowledgement of the efforts many other volunteers have put in over the years to support and develop tennis throughout Wales.

“There are many people over the years who deserve recognition in their own right for what they have done for Welsh tennis but for me personally the efforts of Jim Lightbody, Mike Clarke and the late Cynthia Beames stand out and I hope in some way they can share in this award today.”

Glyn Walters – for services to Tennis and to Young People in Garw Valley, Mid Glamorgan

Glyn’s involvement in tennis began nearly 50 years ago in 1973 when he joined the three-court Garw Valley Tennis Club, one of the oldest tennis club in the South Wales valleys, going on to become a valued member of their first team.

He became club chairman in 1995 and dedicated himself to providing for the club and the young people of the community. He not only runs coaching sessions, but also rolls his sleeves up to help maintain the club house and playing facilities, putting in countless hours of unpaid voluntary work for the club every week.

Garw Valley is a junior focussed club, which runs a comprehensive coaching and competition programme for its youngsters, which Glyn co-ordinated, as well as providing the coaching.

In addition, he has been involved with Disability Sport Wales festivals, helping to provide tennis activities for young people with a range of disabilities.

In 2005 Glyn also helped to raise £21,000 towards resurfacing the courts, and secured the club's future by negotiating a 21-year lease on the courts from Bridgend County Borough Council.

Glyn remains Head Coach at Gawr Valley and is still deeply involved in the day to day running of the South Wales club, which is based in Pontycymer. 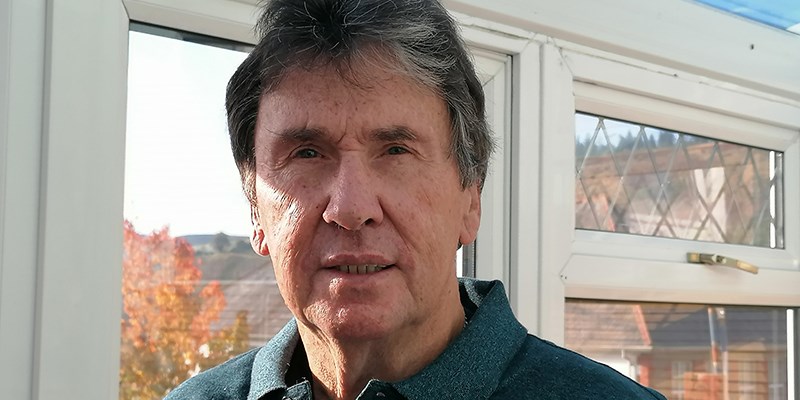 Reacting to the news, Glyn said: "This award has come as quite a shock to me. I’ve been involved with the Garw Tennis Club for more than 35 years now, firstly as a player, and for the last 20+ years as chairman, coach and member of the Tennis Wales committee.

"This award is not just for me, it’s also recognition for the support I’ve had over the years, particularly from our club members and all the parents of the children who regularly attend our club sessions. This is not just a tennis club, it’s part of a very close community where everyone ‘mucks in’ to ensure the survival of the club.

"Particularly in this unprecedented year where opening up the club was a challenge, our members and parents all came together to ensure the safety of everyone. I’d like to take this opportunity to thank everyone involved with the club, it’s been a privilege."