Players at next year’s LTA Junior National Tennis Championships will have the added incentive of competing to earn wild cards for the Qualifying and Junior events at The Championships as part of a move announced by ourselves and supported by the All England Lawn Tennis Club (AELTC) to enhance the continued development of Great Britain’s junior players.

Players at next year’s LTA Junior National Tennis Championships will have the added incentive of competing to earn wild cards for the Qualifying and Junior events at The Championships as part of a move announced by ourselves and supported by the All England Lawn Tennis Club (AELTC) to enhance the continued development of Great Britain’s junior players.

Players like Paul Jubb (pictured above) who was the winner in 2015, will have an opportunity to compete at The Championships, Wimbledon the same year.

The move has been made possible following the introduction of the new ‘calendar year’ age group classification system announced earlier this year to align domestic competition with its Player Pathway and the approach used at an international level. Alongside the adoption of the new World Tennis Number player rating system and the introduction of more team competition opportunities, it forms part of a range of strategic measures to both improve and align competitions with player development, and realise its vision to open up tennis to many more people.

The 2020 Junior National Tennis Championships for players aged 14 & Under and 12 & Under will continue to be played in August. It will be staged at one venue (Nottingham Tennis Centre) in a move to align directly with the our Player Pathway and to allow coaches to take their players as a team, instead of being split across the current two venues. The format for the event will be evolved so that it keeps all players involved in the tournament for a longer period of time and provide more matches in order to help player development.

Scott Lloyd, LTA Chief Executive, said: “These changes will provide additional competition at the very highest levels for our most promising juniors starting in 2020. The LTA is committed to increasing playing opportunities at home for all our players, whether that is through our grass court series prior to Wimbledon, Challenger tournaments, or the inclusion of more strategic swings of Pro-Series and British Tour events. We are excited to be working in partnership with the AELTC to bring this opportunity for our juniors to reality, which supports the ambitions for our Player Pathway by providing better ways for Britain’s developing players to reach their potential.”

Richard Lewis CBE, AELTC Chief Executive, said: “We are pleased to be supporting the LTA in nurturing the ambitions of British junior players to compete for the chance to play at The Championships. The past successes of Andy Murray, Heather Watson and other British players shows the positive impact of a strong pathway in developing their abilities to compete and win on the biggest stages, and, alongside our commitment to an enhanced junior grass court season, we believe this collaboration with the Junior National Tennis Championships is another important move to promote and protect the future of tennis in Britain.” 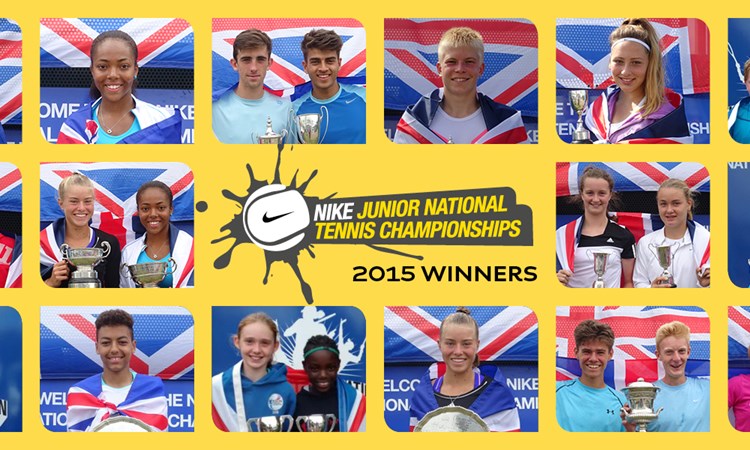 Close to 100 14U junior players descended on SW19 last week (8-14 August) as the National Finals of the Road to Wimbledon took place at the All England Lawn Tennis Club.

British juniors set to take to the courts at Wimbledon

Junior players come from all over the world to compete in the Junior Championships, with the tournament providing opportunities for future stars of the sport to develop their game.