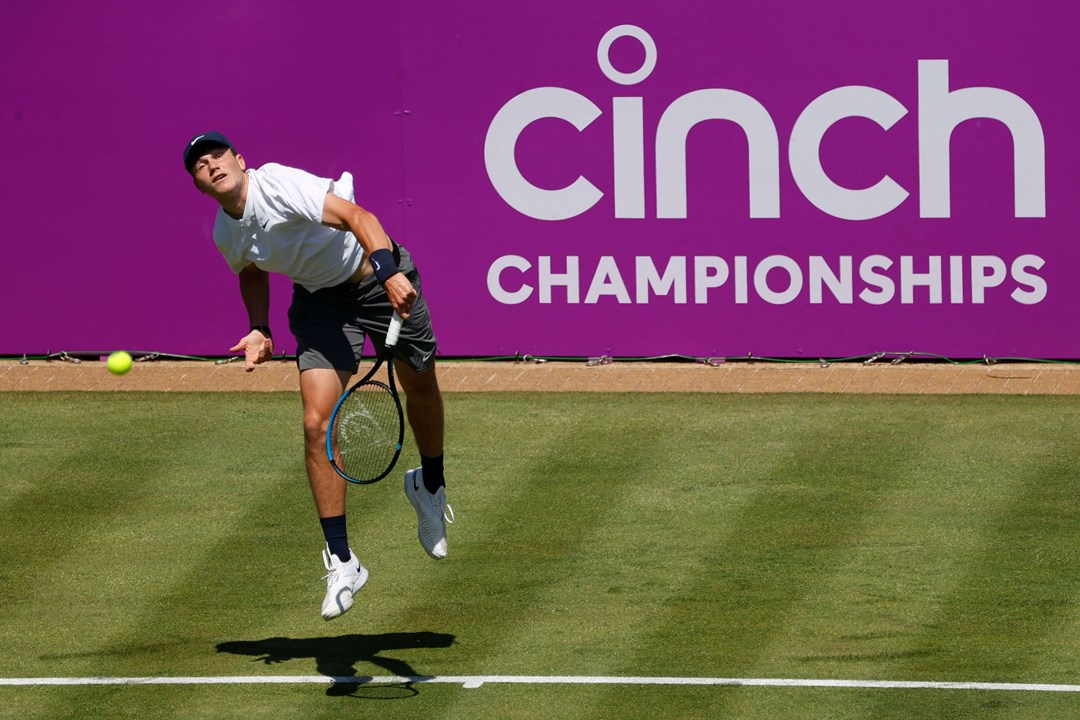 Jack Draper secured the first ATP Tour singles win of his career by beating World No. 23 Jannik Sinner 7-6 (6), 7-6 (2) in the opening round of the 2021 cinch Championships at The Queen’s Club.

Sinner, the No.3 seed who reached the fourth round of Roland Garros earlier this month, looked to be cruising at 4-0 in the opening set, but the British 19-year-old gained one of the breaks back in a mammoth fifth game.

This gave Draper the momentum as he went onto win five of the next seven games to force a tie-break. From 4-6 down, he reeled off four straight points, claiming the opener when Sinner netted a forehand.

Draper then recovered after losing serve mid-way through the second set as he broke back at 4-5, winning 67 per cent (6/9) of points on Sinner’s second serve in the set.

The World No.309, who was a runner-up in the 2018 Wimbledon Championshios Boys’ Singles event, then cruised through the tie-break to advance to the second round of his home event.

“I thought I had no chance of beating Jannik today,” Draper said. “I got off to a slow start. Once I won a couple of games, I progressed from there.

“I’m just glad I was able to play well against such a great player like Jannik. He’s top 20 in the world, way ahead of me. It’s great to beat him on this court.”

What a way to claim your 1st @atptour win 👏 Jack Draper 👏#cinchChampionships pic.twitter.com/Mrj9MH97cS

It proved two British wins out of two on Centre Court as British No.2 Cam Norrie recovered from a set down to defeat Spain’s Albert Ramos-Vinolas 4-6, 6-3, 6-4.

Norrie had never won a match at The Queen’s Club, but thanks to a resounding bounce back, the World No.41 notched his 26th win on the ATP Tour this year.

“It’s so nice to get my first win here,” Norrie said. “I’m just really enjoying my tennis. In big moments, that showed today. The thing I’m doing is the fundamentals pretty well.”

While Liam Broady could not make it a clean sweep of home wins, narrowly losing 6-4 6-4 to Adrian Mannarino, there was an opening victory for defending champion Feliciano Lopez who prevailed 6-1, 7-6 (6) against Ukranian qualifier Illya Marchenko.

In action in London tomorrow are a host of stellar names including the five-time champion Andy Murray, No.1 seed Matteo Berretini and the British No.1 Dan Evans. 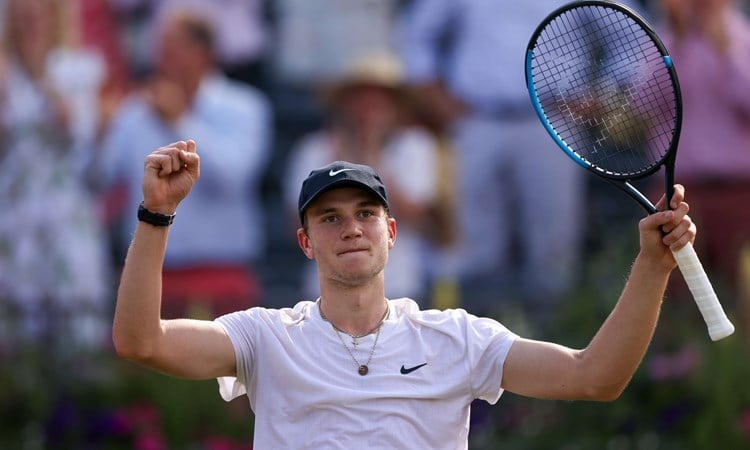