The LTA have announced that padel has now been officially recognised as a discipline of tennis in Britain, with the LTA being confirmed as its national governing body.

The announcement follows in the integration of padel into the LTA in May 2019 as a move by the governing body to help grow the sport by helping to retain existing players and create a new route into the sport for new players. It forms part of the LTA’s five-year strategy to open up tennis to more people and widen the sport’s appeal.

Padel, which originated in Mexico in 1969, is a form of tennis that is easy to play, fun and extremely sociable. It is played mainly in a doubles format on an enclosed court about a third of the size of a tennis court and can be played in groups of mixed ages and abilities, as it is not power dominant. The rules are broadly the same as tennis, although you serve underhand and the walls are used as part of the game with the ball allowed to bounce off them.

One of the fastest growing sports across continental Europe, padel has gained increasing popularity over recent years, with over six million people currently playing in Spain. Popularity is growing on home soil too, with a total of 82 padel courts currently in Great Britain and more to follow. To coincide with gaining recognised status, the LTA has published a padel development plan, outlining its ambition to grow the sport. With an initial focus placed on 2/12/11/2020 increasing infrastructure the governing body estimates a total of 400 padel courts will be in place by 2023.

Speaking about the official recognition of padel, Sports Minister Nigel Huddleston MP commented:
“When I visited the LTA at the National Tennis Centre in September I was able to try out padel, and really enjoyed the format of the game. The LTA’s recognition as the National Governing Body will provide a platform to further grow padel, and I welcome the initiatives that they have planned to further develop the sport, particularly focused on developing more courts for people to play. Sports like tennis provide significant physical and mental health benefits, and I encourage everyone to try this fun, social and dynamic format of the game, which can cater to people of all ages and abilities.”

Scott Lloyd, Chief Executive of the LTA added:
“Recognition of padel as an official discipline of tennis and confirmation that the LTA will be the national governing body is an important step forward in the development of the sport. One of the LTA’s key strategies is to find new ways to grow participation and padel is an innovative format of tennis that’s fun, flexible and easy to play. By integrating padel, we have provided an immediate platform to facilitate the organic growth of the sport, with tennis venues throughout Great Britain already exploring the potential opportunities it can bring to a facility. There is an exciting future for padel and we will look to grow it as a complementary form of tennis that benefits our sport as a whole.”

“I’ve played a lot of Padel over the last few years and I think it’s a great sport. It’s a very social sport that can be played with friends and family of all ages and abilities. I think it’s a great addition for clubs as a way to engage current members and attract new members into their respective clubs.”

The LTA’s drive to grow padel as part of tennis in Britain follows the likes of tennis federations in France, Italy, Belgium and the Netherlands, who have already integrated padel into their competition structures and operational delivery.

What does official recognition mean?
Whilst recognition in itself does not guarantee funding, clubs and local organisations looking to develop the sport and provide new facilities will now be able to apply for funding programmes that 3/12/11/2020 are put in place by Sport England, sportscotland and Sport Wales, subject to them meeting the conditions and criteria of their specific funding programmes.

Padel will be featured on BBC Children in Need’s 2020 Appeal Night this evening, as Sir Andy Murray and Peter Crouch take to the court in a sporting match-up like no other. Viewers can tune in from 7pm on BBC One.

For more information about Padel and how you can get started, or to view the LTA’s full Padel Development Plan. 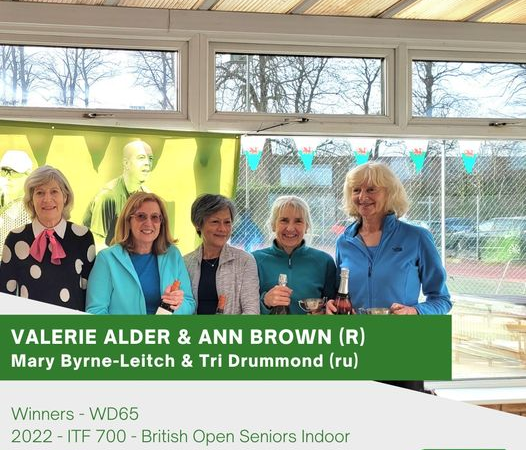