Corstorphine TC provides a friendly and welcoming environment to play tennis in the West of Edinburgh. As one of the oldest tennis establishments in the capital, the club prides itself on strong community links which has attracted a loyal and growing membership, with up to 60 competitors regularly participating in the annual members’ tournament.

Once an old village orchard garden, the club’s facilities now include a clubhouse and three all-weather floodlit courts which allow members of varying ages and abilities to play tennis all year-round in the rain or shine. 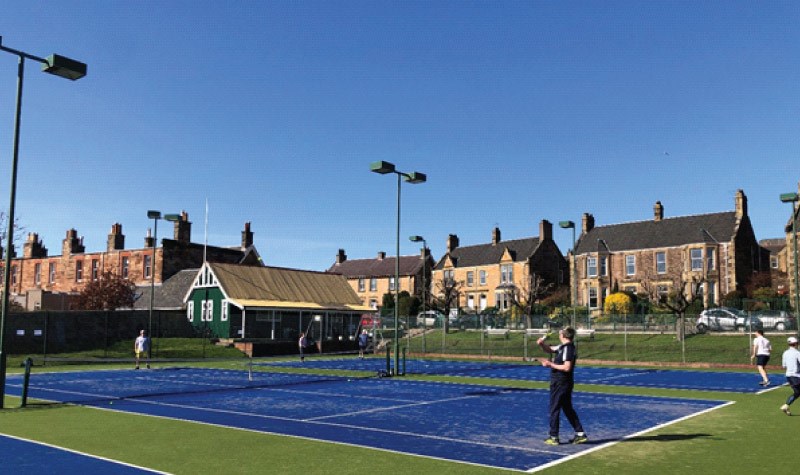 Leading The Way In Lockdown

Corstorphine TC showed great innovation to continue progressing during 2020 by creating an outstanding club culture which provided the opportunity for the local community to participate in the sport, attracting an impressive 73 new members throughout the year. Each club newcomer was also offered the chance to pair up with an existing member as part of a ‘buddy system’ which enables beginners to settle into their new surroundings.

Despite missing out on one of the club’s famed biannual tennis holidays to Majorca, members and volunteers ensured that activity could swiftly and safely return to the courts at Corstorphine as lockdown restrictions eased. Following a virtual volley challenge and quiz nights which were prominent throughout lockdown, the club subsequently managed to host a highly attended opening day in 2021, with several sessions held to cope with huge demand.

A Club With Unique Appeal

Club members are treated to a flourishing coaching programme, for both adults and juniors, which is headed up by LTA licensed coach, Bruce Beadle. Chris Leonard runs additional sessions for younger children on Friday afternoons, with Ladi Soltes also fronting a performance coaching group for youngsters.

In addition to an annual club tournament and an internal singles box league, Corstorphine runs men’s, ladies’ and junior teams which participate in league matches. The attraction of Corstorphine TC’s programme has been a strong pull for many notable players, none more so than current member Colin Robertson who has been a familiar face at the club for over 67 years. Colin has been joined by various influential characters over the years, including Donald Watt who, as a Scottish Open Championship winner in 1982, remains Corstorphine’s most decorated member. In the past, Donald has taken the opportunity to put his Corstorphine tennis education to good use by helping headline stars Cliff Richard and Elton John tune their racquet strings on court by leading both individuals’ coaching lessons. 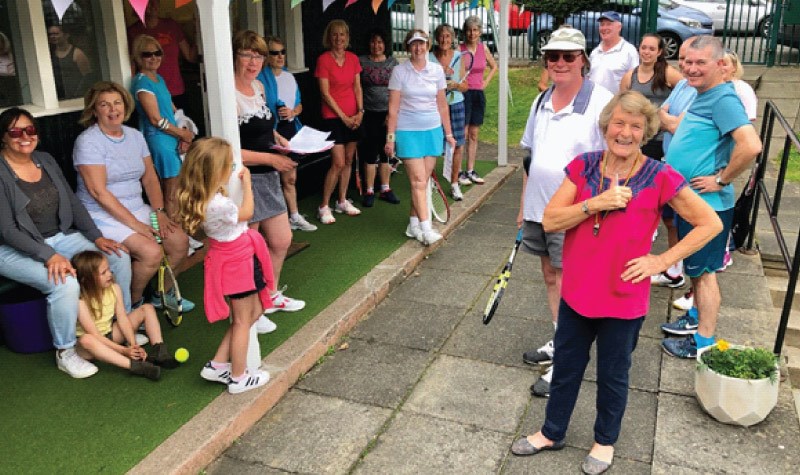 A Message From The Club

Neil Moncrieff, Club Captain of Corstorphine TC, said: “We’re very proud to have such a loyal team of volunteers, players, committee members and office bearers who have played a huge part in the club’s growth over the years. Their commitment has been second to none and there’s simply far too many influential individuals to mention.”

“We feel very privileged to have played a part in Corstorphine’s unique history and we’re always willing to welcome new members to the club with open arms. My advice to anyone who is looking to take up the sport would be to come along and join the Corstorphine family.”