The Warwickshire 14 and under County Cup Boys Team been crowned a national winner at the prestigious LTA Tennis Awards for its trailblazing exploits revolutionising the sport in the region.

The team raised nearly £2,600 for the NHS and Covid patients through their 170 mile virtual team run. They swallowed the disappointment of the cancellation of their County Cup Championships by running individually in their home areas, featuring in regional media and inspiring players throughout the Midlands.

And they were hand-picked as one of 16 national winners recognised at the awards ceremony last week, which honoured individuals involved in tennis at grassroots, county, regional and national level.

And the 2021 winner is Warwickshire 14U County Cup Boysâ€™ Team

Nominations were drawn from over 25,000 volunteers, nearly 5,000 coaches and 1,000 officials, 22,000 schools, nearly 3,000 clubs and over 9,000 LTA approved tournaments, with Leeds Community Tennis Programme recognised for their inspirational work in the Yorkshire region.

Peter Millar, who has a learning disability, is a highly valued committee member of Wallasey Manor Tennis Club. He supports his Mum as bar secretary and volunteers his time as a Level 1 Coach. He is brilliant with children, always has a smile on his face and is even willing to undertake the more mundane tasks of emptying bins or brushing up leaves.

During lockdown Stuart Silvester engaged the Norfolk tennis community through daily online challenges. He has embraced social media, livestreaming county matches and records live interviews with players in Norfolk on Instagram every Friday. He also organised the online AGM and Awards Ceremony which had over 2,000 views on Facebook. 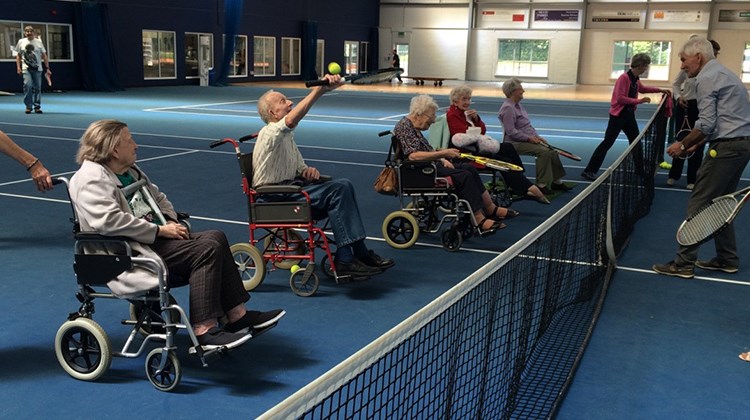