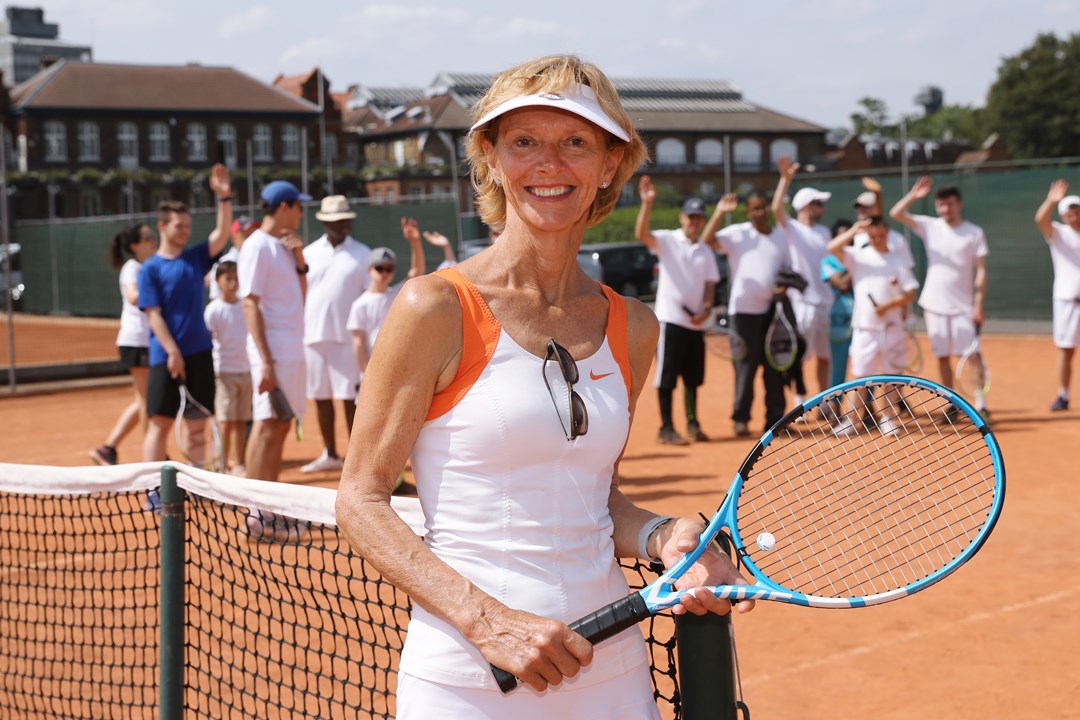 Sally’s Story: Sharing a love of tennis through volunteering

Today is the UN’s International Volunteer Day, and to mark it we are sharing the story of Sally Dargavel who volunteers to support disability tennis activities.  Sally is just one of the many fantastic tennis club members across the country who volunteer and play a role in opening the sport they love to others.

A dedicated member of The Queen's Club in London, Sally has become a regular in giving up her time to support the Tennis Foundation’s annual London Inclusive Tennis Festival, and as a result is also an advocate of tennis club members getting involved and volunteering.

'It was the most rewarding day'

Having played since her school days, Sally has enjoyed her time competing on the club circuit, and in recent years, has taken great satisfaction from helping others to enjoy the sport she has a huge passion for as much as she does. The festival gives children and young people with a disability from across the capital the chance to have a go at playing tennis on the famous courts of the West London club. Having discovered how rewarding it can be, each year Sally now gives up her time to help those attending the event enjoy their time on court.

“Volunteering with the players is something that just appealed to me,” she explained.

“I had done a little bit in the past, supporting a programme Queen's ran with some of the local schools with some coaching, but there weren't any disabled players involved.

“I was very apprehensive at first because I hadn't worked with anyone with disabilities before, but it was the most rewarding day. It was absolutely exhausting but I thoroughly enjoyed myself; that's why I went back and have done for two years since.” 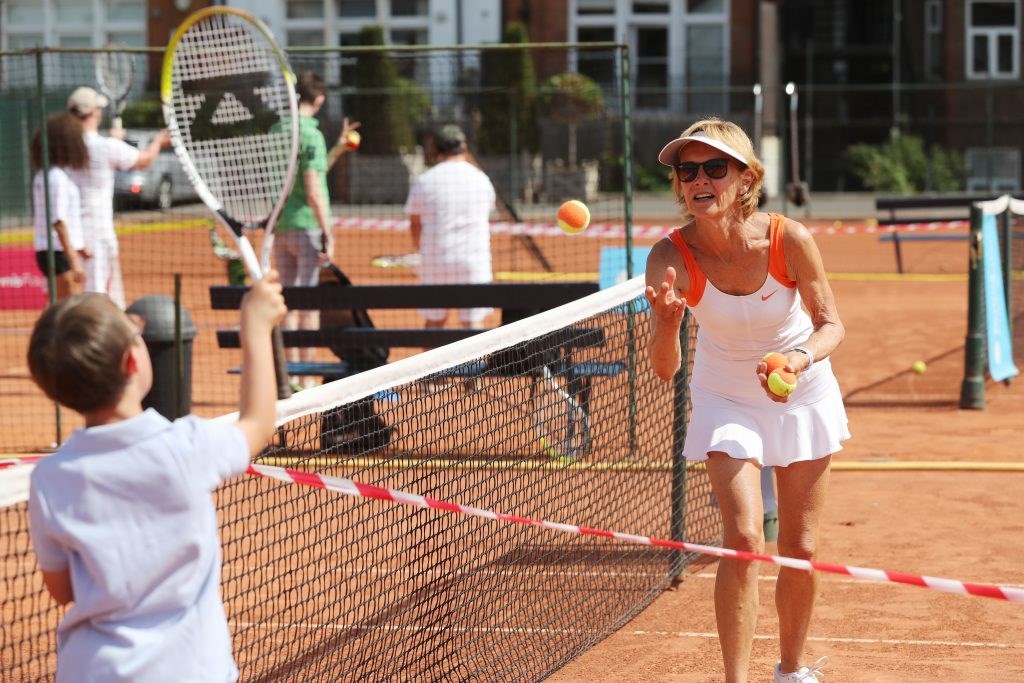 It’s not only had a positive effect on Sally herself but also on the club as a whole after fellow members followed in her footsteps and began giving up their time. Sally took it upon herself to get more people involved, fully knowing that they’d get the taste for volunteering, just as she did.

The Ladies team have had various members volunteer now, something the club are massively proud of.

“We’re all happy to give a portion of our time up for this,” Sally exclaimed.

“We’re not asking for a constant commitment, we’re asking for a day now and then. Extra pairs of hands help, whether it be for collecting the balls or feeding them in – the amount of enjoyment the children get from these sessions is worth every minute.

“The most inspiration for me comes from the coaches. Their enthusiasm, dedication and enjoyment are extraordinary. They have a great devotion to these players because they know how much it means.”

Sally volunteered at Queen's Club’s, and with great success.  You can read more about the day here.

More than 50 young people from across the capital were welcomed into the club for this year’s Inclusive Tennis Festival this summer. Joining forces with Queens Park Rangers Community Trust and Special Olympics GB, the festival aimed to raise awareness of disability tennis across London; showcasing how inclusive and accessible the sport is.

“We all have a conscience; you just have to go and get yourself involved.

“For me, it was just a matter of getting started, and I'm so glad I did. Seeing the parents and carers enjoy it just as much as the children is so rewarding.

“Everyone is so patient and determined to make it a wonderful experience.”

If you want to get involved in volunteering in tennis you can get in touch with your local tennis club or visit the LTA website’s volunteering section.

Volunteers Week: ‘Volunteering has been an amazing experience for me’

Volunteers Week: ‘Volunteering has been an amazing experience for me’

National Volunteers' Week is upon us! It is a time when the country comes together to thank all the fantastic people who give up their time to make a difference.