Louis Cayer, the LTA’s Senior Performance Advisor, is the 2021 recipient of the British Tennis Journalists’ Association (BTJA) award for Services to British Tennis.

The award, which has been won by Paul Hutchins and Judy Murray in recent years, will be presented to Louis Cayer this afternoon (9 December)

British tennis has benefitted from Cayer’s exceptional talents for a decade and a half now. He is most closely associated with the seven time Grand Slam champion Jamie Murray but has brought success to many other British doubles players, whether on tour, at the Olympics or the Davis Cup.

“I am very honoured and appreciative to receive this award as it is a testament to our doubles players,” Cayer said on hearing the news.

“We now have nine players in the ATP top 80, making us the best tennis nation for men’s doubles.

“A special thanks goes to the LTA for hiring me in 2007 with the mission to develop a British doubles system, as there were no players in the top 100 at that time.

Emma Raducanu has been named the British Tennis Journalists’ Association Player of the Year. 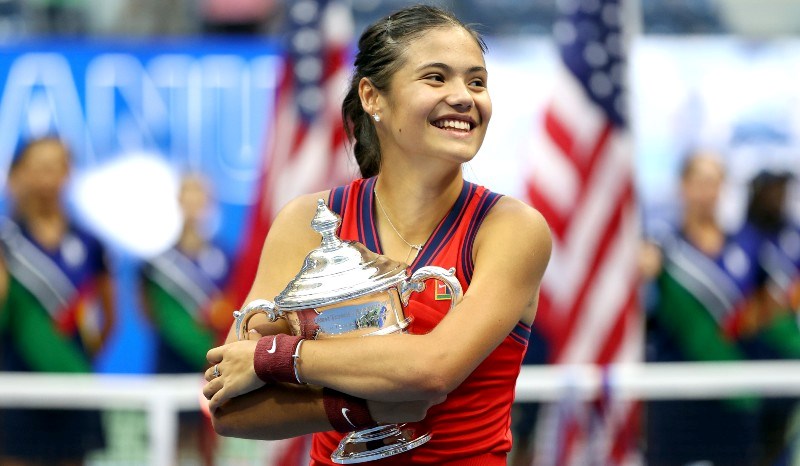 Raducanu was still 18 when she became the first qualifier in history to win a Grand Slam, at the US Open in New York.

The new British number 1 had spent the first three months of the year “staring at a wall for nine hours” a day as she revised for A-Levels.

She finishes it as a Grand Slam champion, and at 19 in the world rankings.

The US Open champion will be honoured later today at the annual lunch organised by the BTJA (previously known as the Lawn Tennis Writers’ Association) at the All England Club.

“It’s a real pleasure to receive this award,” Raducanu said.

“It’s been a real pleasure getting to know some of you guys over the past year. I know you spent some of the time trying to figure out my next coach, but you cracked it, and now we are putting some great work in.”

BTJA chair Russell Fuller says her triumph will be remembered as one of the greatest sporting stories of all time.

“It is very hard to find a parallel, anywhere in the sporting world,” he said.

“Simply to qualify was an achievement after several weeks on the road in the United States. And then to keep on winning as the opponents got better, the courts bigger and the attention greater was just thrilling to watch.” 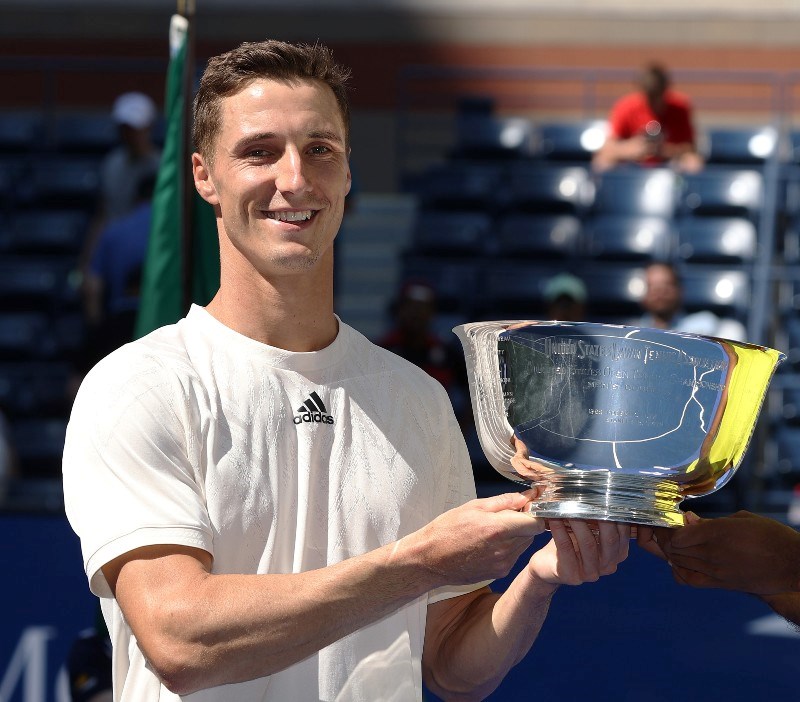 Joe Salisbury will be presented with his 2020 Player of the Year award at the lunch, which could not take place last December because of Covid restrictions.

Salisbury won his first Grand Slam title with the American Rajeev Ram at last year’s Australian Open, and has won a further three in a sparkling 2021.