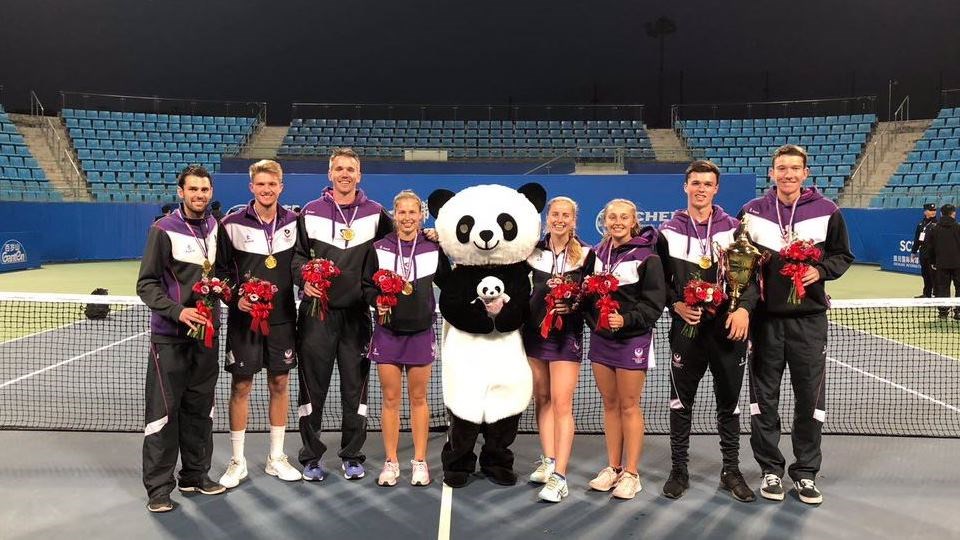 Loughborough University bolstered the ever-growing reputation of British Universities on the global tennis stage at the Chengdu Australian Open University Tennis Championship in China over the weekend, taking the title against some of the best universities in the world.

The tournament, which featured eight university tennis teams from across the Asia-Pacific and the European regions, has been designed by the Chengdu Sports Bureau in association with Tennis Australia and the China Tennis Association to bring together university tennis players from the regions. The Loughborough team traveled to Chengdu having been selected to represent Great Britain by Tennis Australia and The Chinese Tennis Association.

With group matches preceding the knock-out stages, each tie would see five matches; men’s and women’s singles, men’s and women’s doubles and a mixed doubles clash, with each team consisting of three male and three female players. The prize on offer for the winning team was a trip to the 2019 Australian Open including travel, accommodation and 2019 Australian Open tickets!

The group stages of the tournament saw the Loughborough team overcome Zhejiang University (China), University of Melbourne (Australia) and Mumbai University (India), topping their group by two matches and meaning they would face Russia’s University of Moscow in the semi-final.

A great performance by Loughborough saw them defeat a strong Moscow team with a crushing 4-1 victory to secure their place in the final against local favourites Zhejiang University for the second time in the competition.

Having beaten the Chinese side by a mere game in the group stages it was always set to be a ding-dong battle, something that rung true as the contest was tied 2-2 heading into the deciding mixed doubles contest. In action for Loughborough in the decider were George Houghton and Olivia Sofroniou, the duo holding their nerve incredibly well to claim the win and ensure Loughborough got their hands on the trophy.

The team will now be rewarded with a once in a lifetime trip to the Australian Open in Melbourne in January, where they will receive tickets to see the best in the world in action, get a behind the scenes look at the tournament and benefit from some world class coaching.

Congratulations to all of the team:

Playing at the Sichuan International Tennis Centre, a venue that the likes of Andy Murray have played in, the Loughborough students got to play in world class facilities and also experience a number of cultural opportunities in the Chinese city. Funded by Tennis Australia, the Chinese Tennis Association and Chengdu Sports Bureau, the tournament proved a brilliant development opportunity for student-athletes from across the world.

The Chengdu title is the latest in a series of international success for British University tennis, with the GB team having won two medals as the World University Games in Taipei last year, before going on to win the Master’U title (the world’s biggest annual student team tennis competition) for the first time ever by defeating the US collegiate team last December.

Extracts of this article are reproduced with permission from Loughborough University’s website.

WELCOME 👋 to the @TennisFndationâ€™s account for all things 🇬🇧 #unitennis 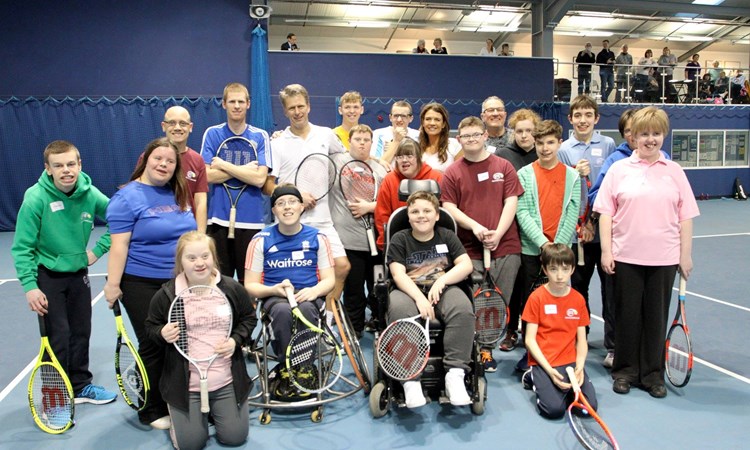