Lauren Jones, former world No.1 junior, Junior World Team Cup gold medallist and three-time women’s singles National champion has confirmed that she is retiring from wheelchair tennis after a decade of success in the sport, both individually and while representing Great Britain.

A talented footballer as a young girl, Jones had ambitions to play for England and had trials for Brighton and Hove Albion before her life changed at the age of 13, when she fell from a tree and broke her back.

'Tennis has changed my life for the positive' 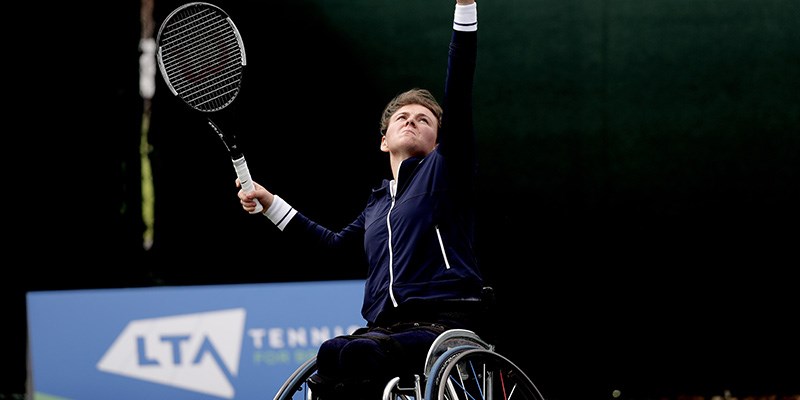 Reflecting on her tennis career, Jones said: “Since deciding to retire it’s been great to able to look back on my career with fondness and feel like tennis has changed my life for the positive, since having my accident. Being a perfectionist and someone who's always been quite hard on themselves throughout my career, I've always pushed for the next step and the next achievement.

“To sit back now and look back, not only have I got some amazing memories, the sport has enabled me to travel the world and connect with some incredible people. And most importantly it’s showed me how able I can be. It was my first experience of knowing that even though I had this new disability I could still be successful. Tennis helped my disability, too. Through being so physically fit and developing my core muscles makes day-to-day life easier. It’s something that I’ve noticed since deciding to retire - I still want to continue keeping fit.”

Although ambitions to become a Paralympian were complicated by injuries and illness, Jones represented Great Britain in World Team Cup competition four times, as both a junior and a senior.

Having won the bronze medal in the junior event alongside Alfie Hewett in 2012, in 2013 Jones, Hewett and Esperanza Merry won the World Team Cup Junior title in Turkey, with Jones and Hewett combining to win a memorable crucial final doubles rubber against Spain, as Great Britain won the event for just the second time. 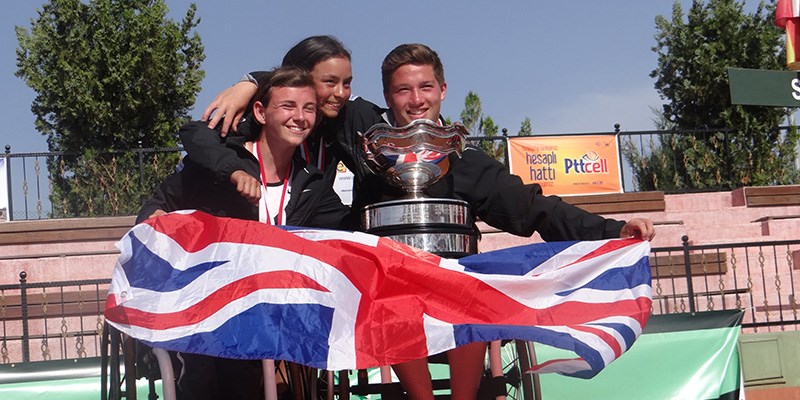 It was a memorable season for Jones, who became world No.1 junior in January 2013 before going on to win her first senior singles title in Antalya the week before the World Team Cup.

Jones made her World Team Cup senior debut in 2016, to become GB Colour Holder number 305. In 2018 she joined Louise Hunt and Lucy Shuker to help Great Britain win the World Team Cup European Qualification in Portugal and the trio went on to win the bronze medal in the women’s event in the Netherlands.

A new chapter: helping other people

Jones was diagnosed with Crohn’s disease in early 2019 and while the Covid-19 pandemic and lockdown subsequently presented obvious challenges, training throughout lockdown gave her the opportunity to build a team around her to maximise her health and abilities, but also to explore new goals and ambitions.

She is now embarking on a new chapter of her life, drawing on her own experiences of sustaining a life changing injury and as an elite athlete in a new role with Back Up, one of Britain’s leading charities supporting those affected by spinal cord injury.

Join us in congratulating @laurenspjones on a fantastic career & wish her all the best for next step.

“During the first lockdown, I met someone who had recently been injured and I unofficially mentored her, and I think I realised how much I got from helping her and helping other people, using my own experiences now I am 11 years post-accident” said Jones.

“I think my main passion has always been to change people's perceptions of those with disabilities and being a tennis player has helped me to do that. When I was no longer able to compete during lockdown it gave me time to focus on the other things I enjoyed.

“Building meaningful connections and creating innovative partnerships inspired me to focus all my energy on helping other people and making my experiences and skill set count for something bigger. That led me to Back Up, where I am working within the corporate team to secure and increase income and exposure to enable their vital services to support every individual effected by spinal cord injury.

“Tennis, for me, was always part of that journey towards being able to really change people's lives. I felt like I had more to give in my career as an athlete, however after my experiences in lockdown it led me to a natural stage to take the next step in my journey. My experiences as an athlete have shaped who I am today and I am blessed to have had the opportunity to represent my country and work with people who will be dear to me for the rest of my life.”

'A great contribution to the success of British wheelchair tennis'

Paying tribute to Jones’s career, Cain Berry, LTA Wheelchair Performance Lead, said: “Lauren was part of our LTA Wheelchair Tennis Performance Pathway for a long time and made a great contribution to the success of British wheelchair tennis. She performed with great distinction both as a junior in being part of the team that won the junior title at the 2013 World Team Cup and then going on to continue to represent Britain on the international stage as a senior, and it was a pleasure working with her to help her achieve all that she did as a player.

“We wish her every happiness and success in her future career and have no doubt she will make the most of the transferrable skills she developed as an athlete.” 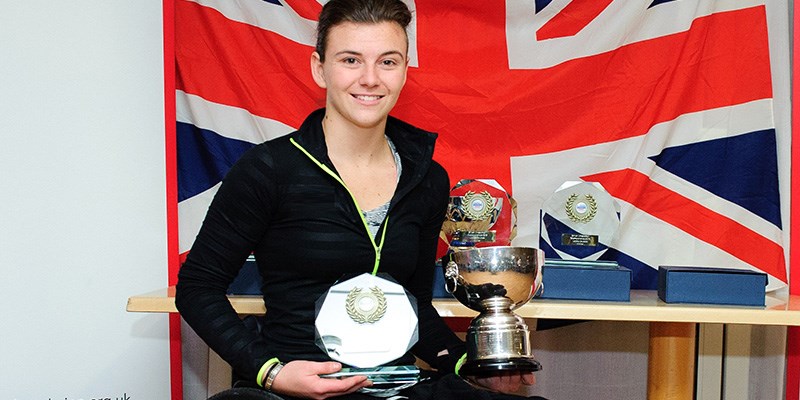