Get the latest updates on the Brits at Wimbledon
LTA Home News Former British No.1 Laura Robson retires from professional tennis 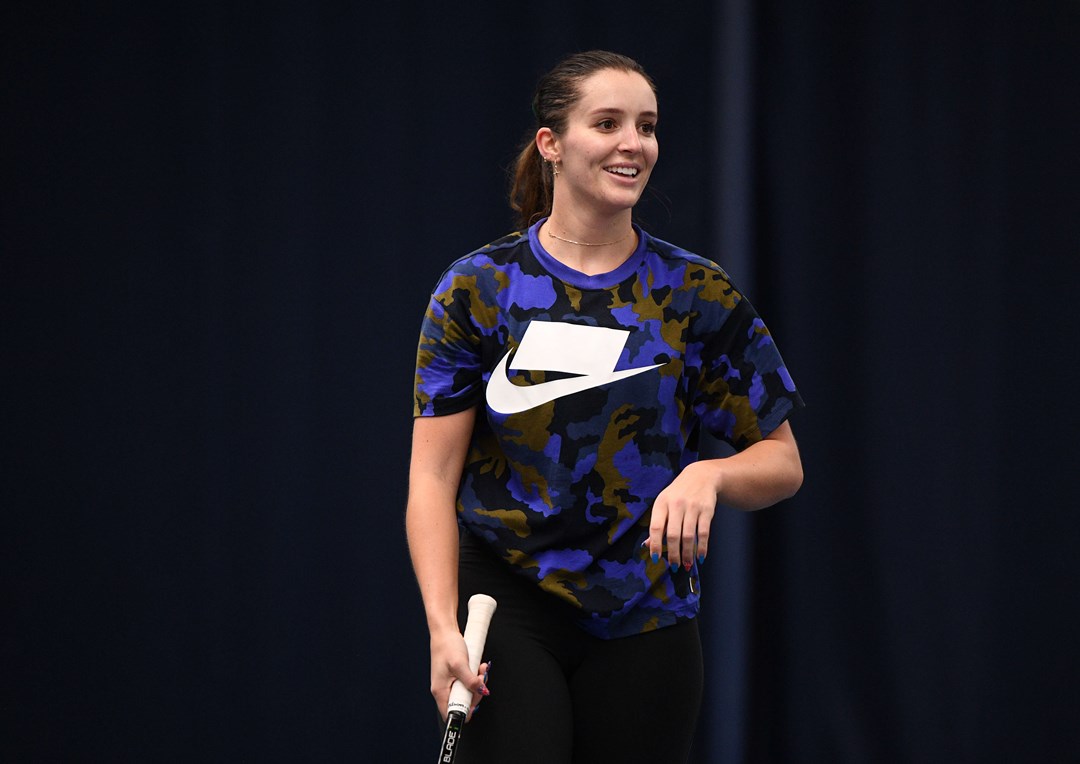 Former junior Wimbledon champion and Olympic silver medallist, Laura Robson, has today announced that she has retired from professional tennis.

The 28-year-old – who rose as high as 27 in the WTA rankings and reached the fourth round at both Wimbledon and the US Open – retires following a long-standing battle with injuries throughout her career.

Robson burst on the scene in 2008 as one of the most exciting young British tennis prospects in years, becoming the first Brit to lift the junior Wimbledon title since 1984 (Annabel Croft) at the age of 14.

Speaking after her historic victory on Court One, Robson said: “Being Wimbledon girls' champion sounds really good. It was great today because the crowd were behind me and it was such an overwhelming experience.” 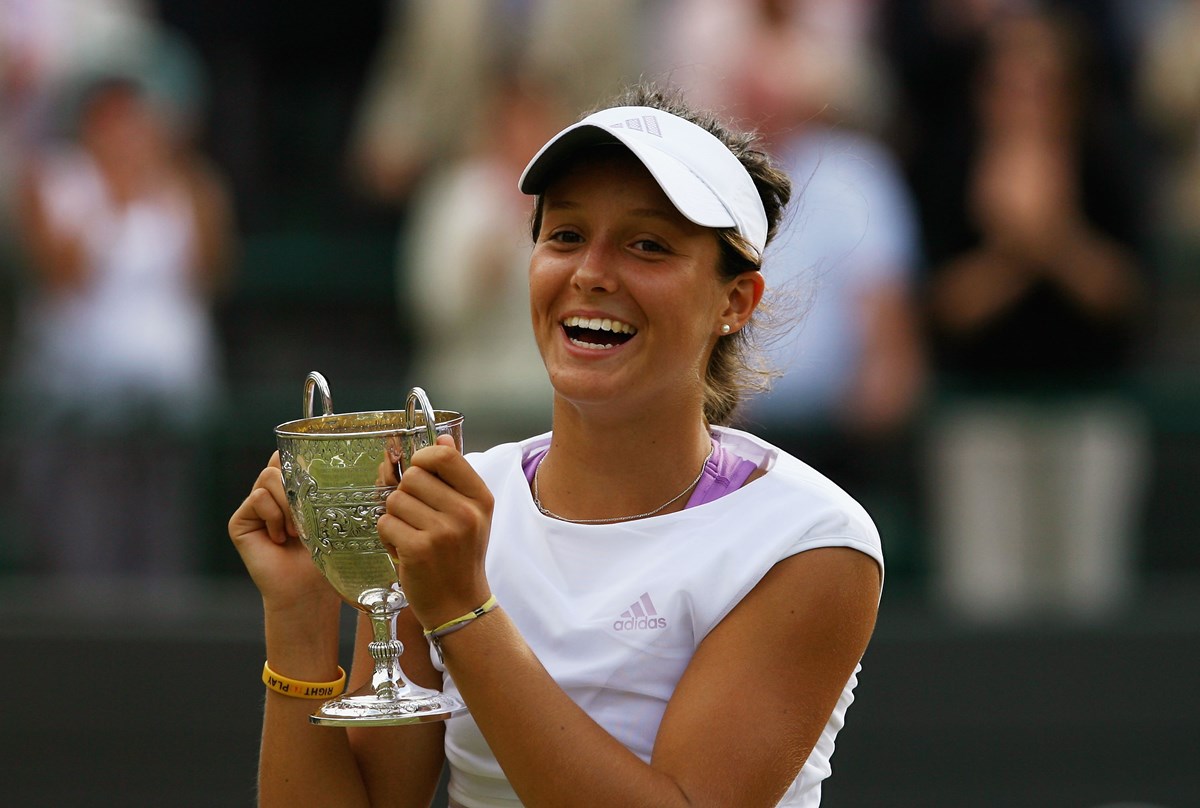 In the same year, Robson also claimed her first ITF title on home soil at the $10k event in Sunderland, where she defeated fellow Brits Tara Moore and Samantha Vickers to be crowned champion.

In 2010 she joined up with British No.1 and then world No.4, Andy Murray, to represent Great Britain at the Hopman Cup – the mixed-gender international team tennis event. Dynamic duo Robson and Murray made it all the way to the final but would eventually finish runners-up after losing a nail-biting mixed doubles clash against Spain’s Maria Jose Martinez Sanchez and Tommy Robredo.

Two years later and the British star was becoming a staple on the WTA Tour. She reached her first WTA final at the Guangzhou Open and finished the season just outside the world’s top 50. 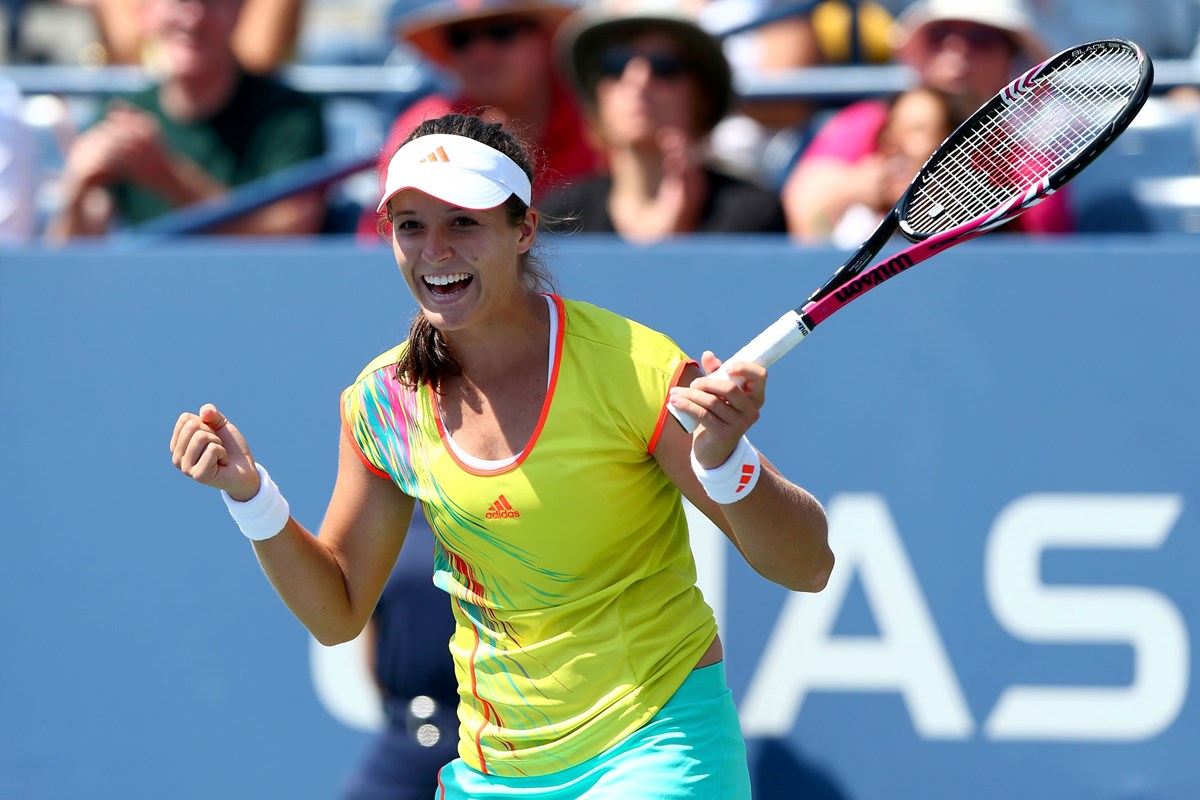 At the US Open she became the first female British tennis player to progress to the fourth round of a Grand Slam for 14 years after beating two top 10 players and major champions, Kim Cijsters and Li Na in the opening rounds.

It was another fantastic year for Robson representing Great Britain on the international stage. In the summer she was selected to play for Team GB at the 2012 London Olympic Games, where she finished with a silver medal in the mixed doubles alongside Andy Murray – one of the crowning jewels in her career. The dream team were close to taking the gold but eventually lost out to Victoria Azarenka and Max Myrni in the deciding tie-break 10-8. 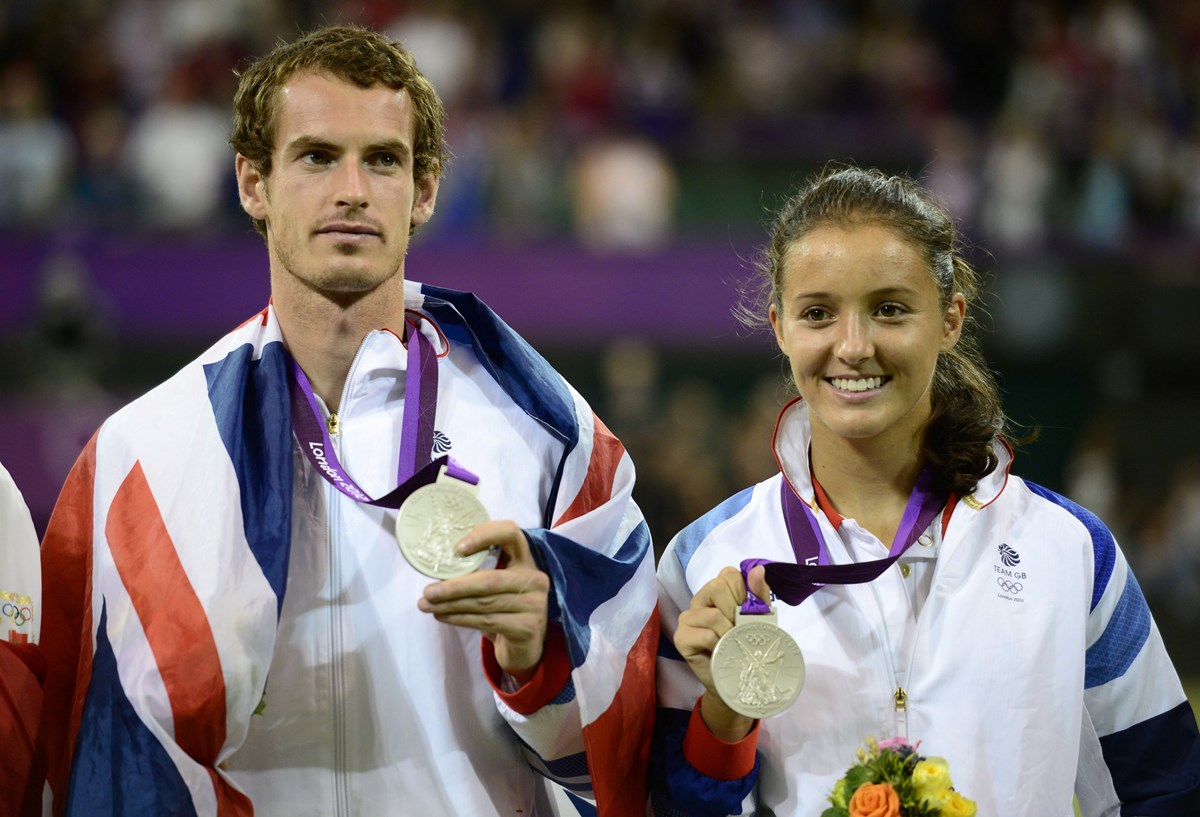 Crowning off her breakout season on tour, Robson was named WTA Newcomer of the Year at the annual awards.

Career best performances at the Australian Open (third round) and Wimbledon (fourth round) in 2013 saw her climb to a career high ranking of world No.27. Becoming a dominant force on tour, Robson beat Venus Williams, Petra Kvitova and world No.4 Agnieszka Radwańska throughout another brilliant season. 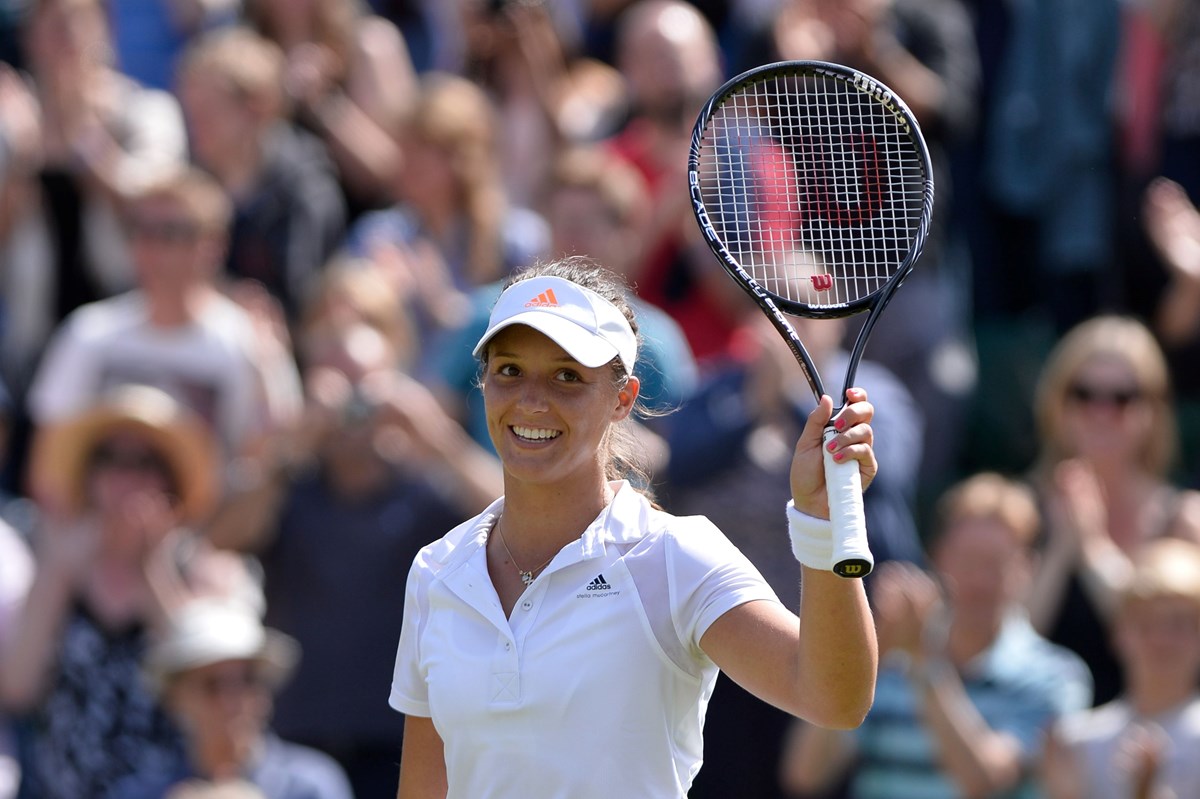 But towards the end of the year, Robson began to struggle with a wrist injury which would force her to miss much of the 2014 and 2015 seasons.

Despite continuous struggles with injury and time away from the tour, Robson won the biggest singles title of her career in 2017 at the ITF $60K tournament in Kurume where she defeated Katie Boulter in the final.

Robson required a series a hip surgeries throughout the latter stages of her career which again kept her side-lined for much of the last few year, ending with the 28-year-old announcing her retirement from professional tennis in 2022.

In an interview with BBC Sport discussing her retirement and looking back on her career, Robson said: “It feels weird to say out loud, but I'm done, I'm retired.

“I think I'm always going to have the feeling that I could have done more, unfortunately. But I'm really proud of the Olympics, of playing Fed Cup - playing for your country in any way was always one of my favourite weeks of the year - and I think playing Wimbledon and the US Open the time that I did well, I will have those memories forever.”

20-year-old British star, Jack Draper, has broken into the top 100 for the first time in his career, after a breakout 12 months on the ATP Tour. 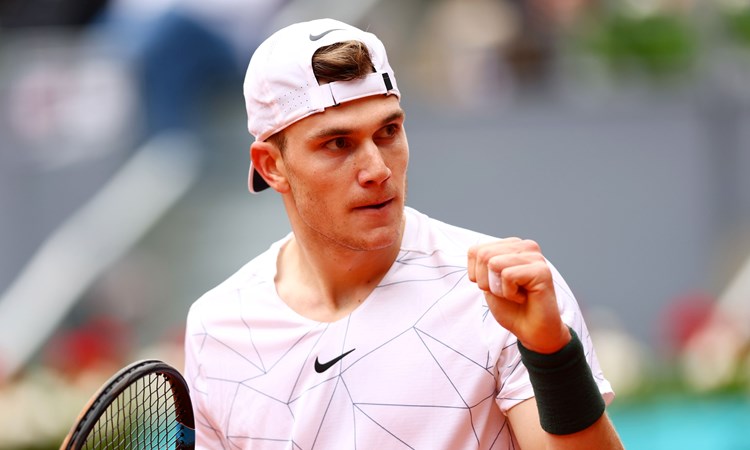 As her game continues to flourish and mature, we take a look back at some of the Harriet Dart's finest achievements as we hit the midway mark of the 2022 grass court season.

Paul Jubb talks about how he's feeding off the current British tennis successes, his role as an LTA Youth Ambassador and taking tennis into different communities. 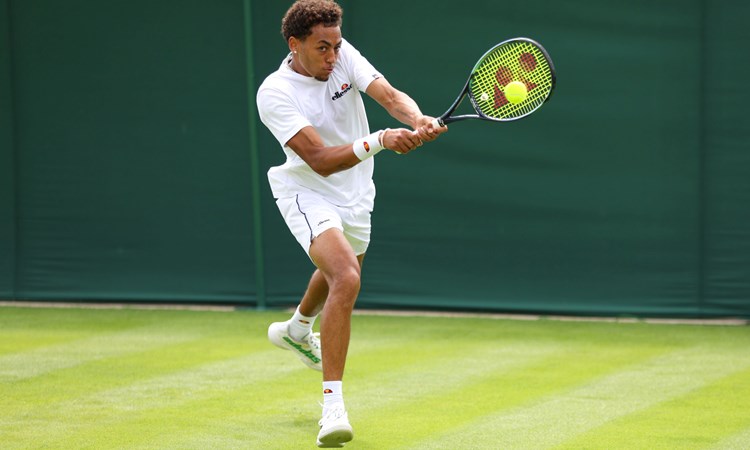