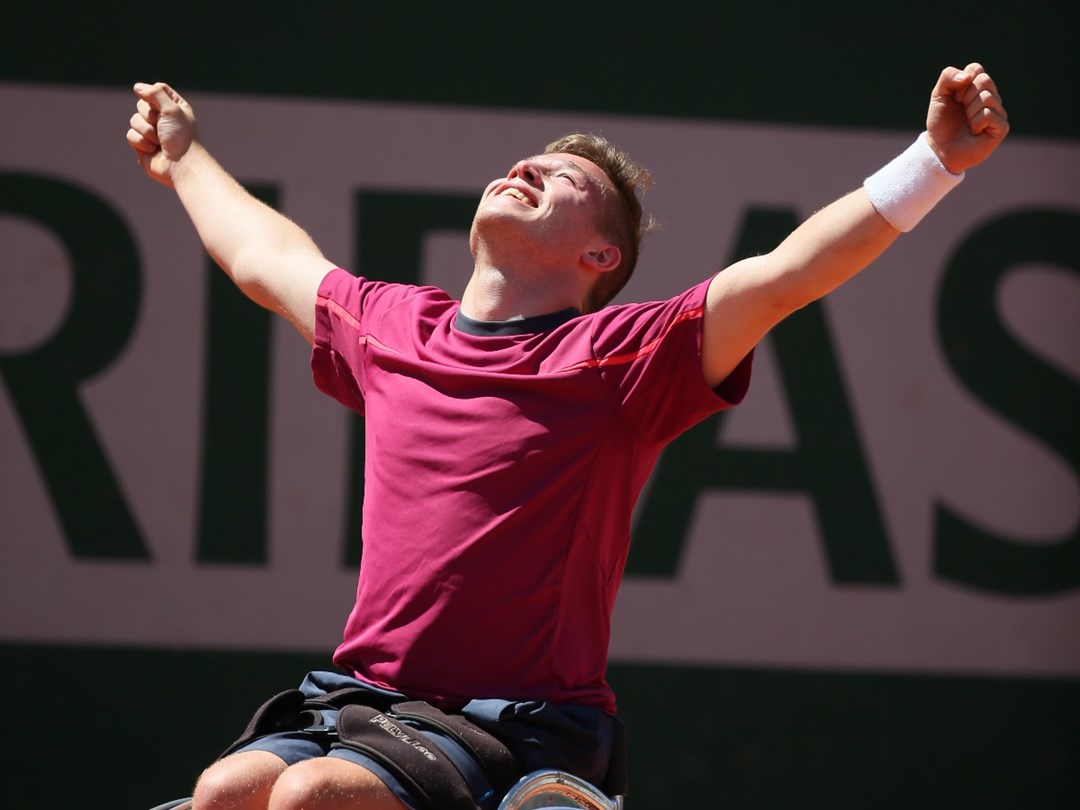 Hewett becomes the latest player on the Tennis Foundation’s Wheelchair Tennis World Class Programme to win a singles crown at one of the sport’s four majors. British players supported by the Tennis Foundation have now won at least one singles titles at each of the four Grand Slam tournaments. 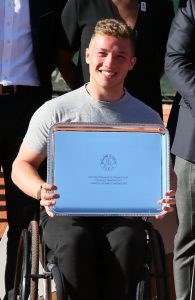 Nineteen-year-old Hewett had a tough time in the first set of his first Grand Slam singles final, but he earnt his place on the scoreboard in the ninth game. Thereafter, the Rio Paralympic silver medallist led for the first time at 4-3 after holding serve to love. Fernandez forced the tie-break, but Hewett saved three match points en route to forcing the decider.

Hewett struck first in the final set, breaking the Argentinian’s serve for 2-1. He earnt a double break for 4-1 and closed out a famous victory after an hour and 56 minutes.

“I played Gustavo in a final about a week and a half ago and I was 6-0, 3-0 down, but I remembered nearly taking the second set then, so I knew I could come back. The tie-break was very up and down, so mentally-wise that was a big positive for me to keep in there. I knew I needed to get off to a good start in the third set and then I just grew in confidence,” said Hewett.

“I’ve always believed I can beat anyone on my day. There’s something about the clay that I love and that suits my game. This time last year I was outside the Top 10 and a year on I’ve got two Paralympic silver medals, I’m Wimbledon doubles champion and now a singles Grand Slam winner. It’s amazing, I can’t believe it.

"I've got to give credit to Stuart Wilkinson (Tennis Foundation Lead Programme Coach), who actually had his annual leave last week but decided to come in every single day at the National Tennis Centre in London and train me on the clay. So I've got to thank him massively for doing that because he's really got me in a good place!

“I’ve always wanted to reach the top of the sport and, as a kid, getting medals in the Paralympics and winning Grand Slams is a dream, but now it’s coming true it’s incredible,” added Hewett, who can now expect to move up in the rankings after arriving in Paris world ranked No.7. 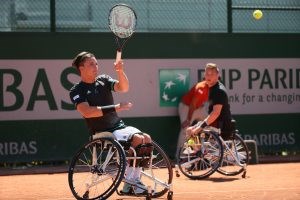 “I’m really excited for Wimbledon, of course, now. It’s going to be fantastic. I really hope the crowd come in again and support us. I love atmosphere, I love crowd.”

Later in the day Hewett and Gordon Reid’s hopes of adding to their 2016 Wimbledon doubles title ended with runners-up honours. With Reid, the 2016 Roland Garros men’s singles finalist, bidding for his third successive men’s doubles title in Paris, the Brits lost out to French top seeds Stephane Houdet and Nicolas Peifer 6-4, 6-3.

There was only one way this night was going to end 🍕🍾 pic.twitter.com/UgdcxEt2Ld