Ready to back the Brits? Tickets are now on sale for the Davis Cup in Glasgow this September
LTA Home About us In your area Tennis Scotland Wimbledon 2022 Preview: Scotwatch 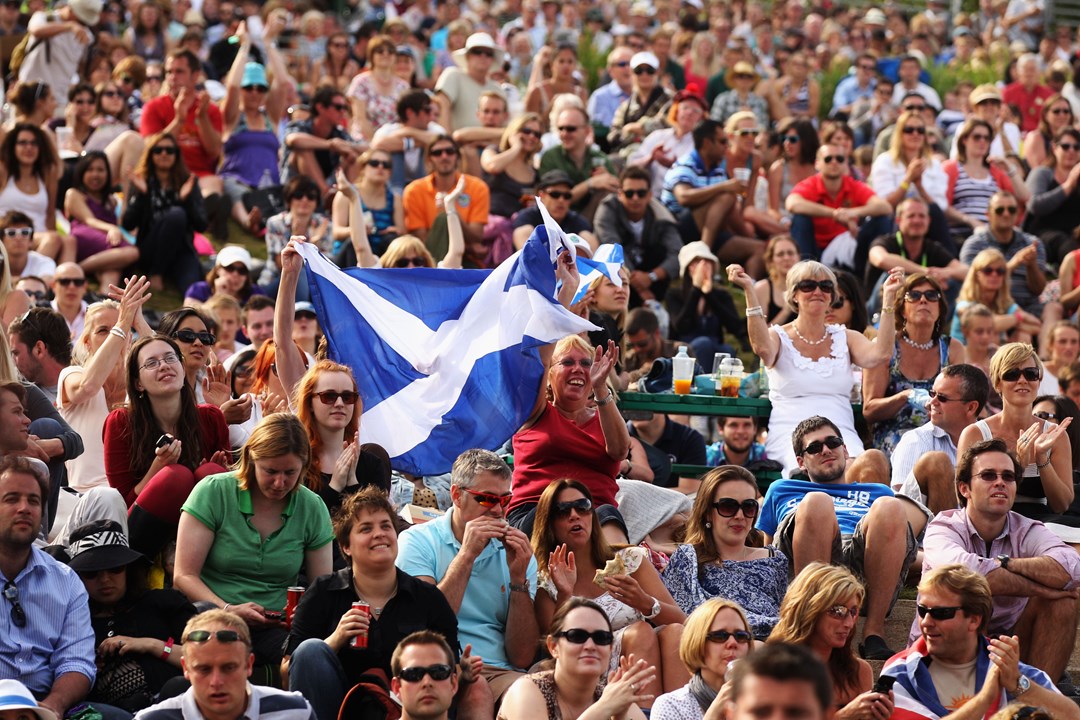 Get right behind seven of the nation’s tennis superstars who are competing in the pinnacle event of the grass court season!

Hallowed turf is being trimmed while baselines are freshly coated with white paint as South London prepares to welcome a clan of Scots who are ready to serve, slice and smash their way to Wimbledon glory over the next fortnight.

Whether you’re in Wimbledon, Wemyss Bay or West Linton, it’s time to dig out your saltire flags and get right behind seven of the nation’s tennis superstars who are competing in the pinnacle event of the grass court season!

Two-time champion and Centre Court sensation Andy Murray is set to receive a hero’s welcome as he creates tennis folklore by returning to Wimbledon, where he was crowned champion in 2013 and 2016. Prepare yourself for trademark resilience, brilliance and some late nights under the Centre Court lights.

In search of creating his own Centre Court history, Cameron Norrie makes his way to Wimbledon as British No.1 for the very first time. Entering this year’s competition as the ninth seed, the Scot aims to build on bolstering performances at the All England Club in 2021, which ended with a blockbuster tie against Roger Federer in the Third Round.

As the winner of two Wimbledon Mixed Doubles titles, Jamie Murray will join forces with Brazilian partner Bruno Soares as the Scottish Samba pairing aim to add to an already glistening trophy cabinet by setting their sights on the elusive Wimbledon Men’s Doubles accolade.

Joining Jamie in the Men’s Doubles draw is Arbroath’s Jonny O’Mara who enters on fine form having recently been crowned Rothesay Open Nottingham champion alongside fellow Brit Ken Skupski who he will reunite with at Wimbledon.

Following his Senior Wimbledon debut last term, 21-year-old Aidan McHugh has continued to impress on the global tour which will lead him back through the iconic Wimbledon gates next week, which he will enter as a Men’s Doubles wildcard. Having tasted success at the Scottish Championships in February, Aidan will be thirsty for more success on home soil.

In the Women’s Doubles, Maia Lumsden has received a wildcard entry in recognition of her rapid return to top form following an 18-month layoff from the sport as she recovered from long-COVID. With a Women’s Doubles 25k title secured in Nottingham last month, Maia is sure to have the backing of the home crowd in the main draw of the Women’s Doubles where she will team up with Naiktha Bains.

When is the Wimbledon Championships main draw?

The draws for the wheelchair events will take place during the second week of The Championships. Click below for details of the Wimbledon Championships draw.

Coverage of Wimbledon 2022 will be available to watch across the BBC’s TV and digital channels.